NORTHWOOD — A Lake Mills man faces felony drug charges after 8 grams of methamphetamine was found in his vehicle following a traffic stop in Northwood. 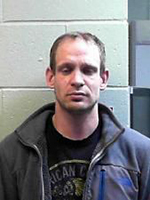 Joshua Dean Lee, 36, has been charged with possession of meth with intent to deliver and failure to affix a drug tax stamp. He also was charged with misdemeanor driving while barred.

A deputy with the Worth County Sheriff’s Office stopped Lee’s vehicle at 7:42 p.m. May 12 at the intersection of 10th Street and Ninth Avenue North after seeing his registration expired last year, according to a criminal complaint.

Dispatch informed the deputy that Lee had a barred driver’s license and a valid warrant out of Winnebago County, according to court documents.

The Winnebago County warrant was for failure to appear on a charge of driving while license suspended or revoked.

During a search of Lee’s vehicle, the deputy found a plastic bag under the driver’s seat with what appeared to be meth in it, according to the complaint.

The deputy also observed a pipe with burned residue commonly used for smoking meth sitting in an area between the windshield and the hood on the outside of the vehicle, the complaint stated.

Lee was transported to the Worth County Jail. His bond was set at $25,000 cash or surety.

His next court appearance is scheduled for Wednesday.