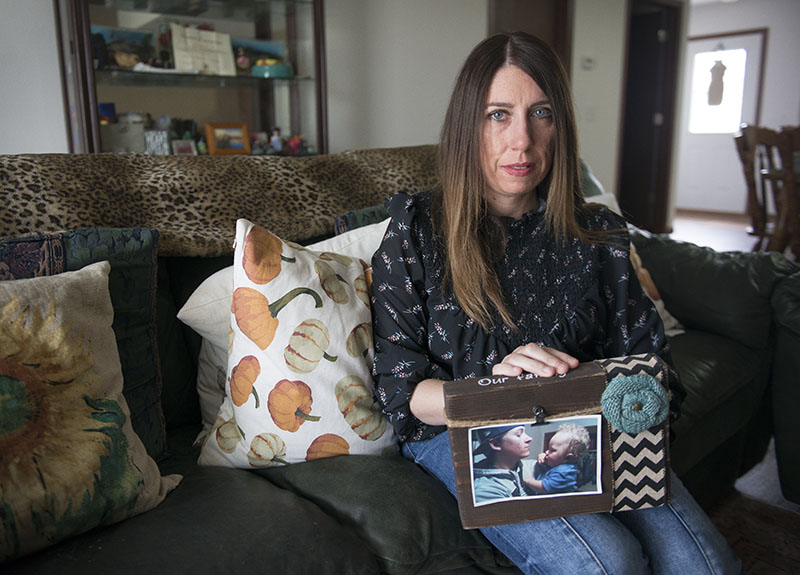 Editor’s note: This is the final in a four-part series looking into the criminal justice system in Albert Lea and Freeborn County.

On the night of Aug. 23, 2016, Denise Brown’s son, Spencer Daniel Brown, died after being shot twice in the head in a locked car by David Michael Easter at Myre-Big Island State Park.

For more than 1 1/2 years following her son’s death, Denise Brown experienced the highs and lows of the justice system — mixed with both traumatic experiences and positive developments.

“I thought it was going to take longer to do the whole process, from arresting (Easter) to charging him to finally going to court,” Denise Brown said. “I know it takes years for some people, but I think it went by pretty fast.” 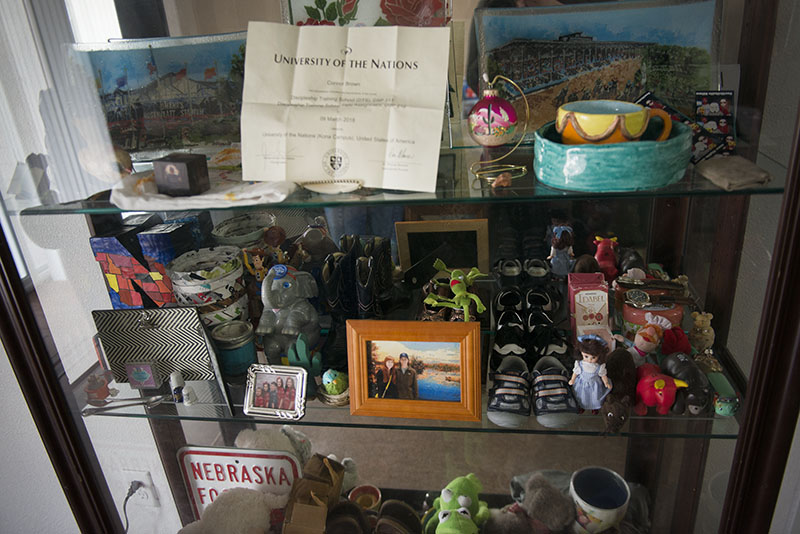 Denise Brown has a cabinet in her home filled with items that belonged to her son, Spencer Brown. Spencer Brown was 23 years old when he was killed.

Brown disagreed with Third Judicial District Court Judge Steven Schwab’s decision to set conditional bail for Easter at $100,000 in September 2016. Easter later posted bond and returned to Omaha, Nebraska, so he could do his taxes. He remained out on bond until he was found guilty of second-degree murder the following April.

“I thought it was too low,” she said of Easter’s bail amount. “In my opinion, I thought he should have sat in jail until the trial.”

Freeborn County Attorney David Walker said though he argued against the bail amount set for Easter, Schwab exercised his discretion “appropriately” in the matter.

Denise Brown, who lived in Omaha before the trial, was initially not aware that Easter returned to Nebraska. There was a police presence in her neighborhood after she became aware he was in the area.

“I would just hear, ‘Oh, David Easter’s in town,’” she said. “And I thought I was supposed to be notified.”

“I talked to the Nebraska State Patrol, to the Douglas County Sheriff’s Department and Omaha police — all three of them, and they didn’t believe that someone charged with second-degree murder could come down to Nebraska. They thought I was making it up.”

Denise Brown said she was disappointed Easter did not have to wear an ankle bracelet after he posted bond. She said conditions have been stricter for defendants in driving while intoxicated cases.

“I’m always looking to see what goes on down there, and comparing it to here, it doesn’t seem right,” she said.

She recalled seeing Easter walking into the courthouse during the April 2017 jury trial.

She said she did not agree with Easter’s statement after he was found guilty that jurors would never understand the full nature of the incident and created more victims by finding him guilty.

“I didn’t think that was fair,” Brown said.

Easter was sentenced to more than 25 years in prison last September. Brown said she has become less supportive of the sentence after originally supporting it.

“At first I thought it was acceptable, but now, as time’s gone on, I don’t agree with it,” she said. “I think he should have gotten more.”

Brown said she received support from Freeborn County Crime Victims Crisis Center advocates during the process. She was provided information and emotional support. Law enforcement personnel sometimes contacted her during the process.

“That was definitely good,” she said.

She was guided by an employee with the Minnesota Crime Victims Reparations Board. 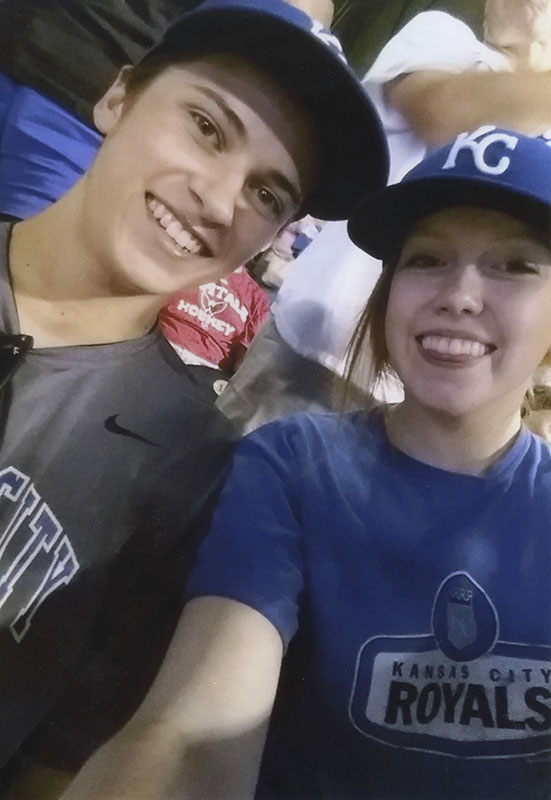 “She was pretty much there for me through most of it,” Denise Brown said.

She said she thought Easter should have been charged with first-degree murder in her son’s death and admitted it was difficult to hear some of the arguments Easter’s lawyers made during the trial.

“I know my mind’s clearer now than it was then,” Denise Brown said. “I guess I was more in shock.”

“I thought it was important. I was scared also — the what ifs. I’d say fear was an emotion.”

Neal Gjersvik, the father of Spencer Brown’s ex-girlfriend, said his view of the justice system evolved throughout the process.

“When I would be in court or I would listen to Denise (Brown), I was oftentimes very angry with the decisions, the lenient decisions for the accused,” Gjersvik said. “I didn’t understand it.”

He said near the end of Easter’s trial, he came to the realization that Schwab was affording Easter his constitutional rights, thereby reducing the potential he could file a successful appeal.

“It started out very confusing,” he said. “And I understand now, but until you have to live it, you don’t know it.”

Schwab said though improvements could be made to the justice system in Minnesota, he views it as elite.

“Our justice system isn’t perfect, but I don’t think I’ve seen anything better in the world,” he said. “I really think we have probably the best system of justice at this point. To be honest, I think Minnesota has one of the best justice systems in the country.”

“You need a system that’s going to be fair across the board, and our statewide system works very well,” he said.

Leuning said the judicial system is underfunded, which adversely affects civil and criminal litigants. The lack of funding reportedly delays trials for civil litigants because the system is backlogged and cannot process such cases quickly enough.

Schwab recalled a morning where he oversaw a Children’s Health Insurance Program case in Steele County. In the case, there was no guardian ad litem, a relationship the court creates for the duration of a legal action.

“We haven’t had that problem here in Freeborn, but in Steele, that is a problem,” Schwab said.

Both judges estimated they have overseen cases in approximately half of the judicial district’s 11 counties.

Leuning said the criminal court system is too dependent on guilty pleas.

“If we didn’t clear 90 percent of our cases through a plea process, we would shut down,” he said. “And that’s just not good. We should not be dependent on people pleading guilty. If everyone demanded their day in court, if everyone demanded a jury trial, we just could not even come close to satisfying that.”

Leuning said the court system does a “fabulous job of handling cases,” but is constantly under stress.

“There is never a period where you can feel like you can slow down for a moment,” he said. “It’s push all of the time.”

A weighted caseload study for the judges will take place in July, during which an estimated time it takes for judges to oversee each case will be formed.

Leuning said judges and prosecutors must ensure victims’ rights are honored through the criminal court process.

Leuning noted victims can sue an alleged perpetrator in civil court if they feel their rights are not being properly addressed in the criminal court system.

Schwab acknowledged rape victims sometimes feel re-victimized by having to attend court hearings and testify against the perpetrator but noted that is the only way such cases can proceed.

The Minnesota Sentencing Guidelines Commission, a sentencing policy-making body, is “in a very good position to determine what is fair and what should fit the situation,” Leuning said.

Both judges said the advent of technology in courtrooms has increased efficiency in the justice system.

“We do feel a real push, but the changes I think that we have made are all good,” Leuning said. “And they create more efficiency and more accuracy. And I have more knowledge on the bench. By that I mean I know more about the particular individual right in front of me.”

Leuning said the public needs to realize they have an important role in the court system.

“We talk about them as ‘our courts,’” he said. “It’s not my court. It’s not Judge Schwab’s court. It’s the people’s court … when people show up, it’s a system for them to come and resolve their disputes. It’s given to them by our government.

“By the creation, we’ve created it so people can come in and use it, and I hope people look at it from that perspective.”

Walker said he does not have a list of needed improvements to the justice system.

“That’s a difficult one for me to tackle so broadly,” he said.

To Walker, there are not uniformly appropriate bail amounts.

“That varies widely,” he said. “They say it’s the worst justice system in the world except for all the others. I don’t know, can it be improved? Certainly it can be improved on a case-by-case basis. There are probably some structural changes that could be made on the issue of bail.

Walker said the methods judges use to set bail amounts are reasonable.

“We have a careful system that is well-structured under the law but that also gives a decision-maker some discretion so that he can give a sentence that’s appropriate for this particular defendant in this particular case,” Walker said.

He said it is “very important” that the accused have sufficient rights during the court process but thinks victims could have more input.

To Sanders, technology is good for efficiency but can lead to a de-personalization of the justice system.

“That’s a real big downside,” he said. “Part of what makes the legal system work is it’s an interpersonal decision-making process, which people have to feel vested in. If they feel they are putting their stuff in a computer or decisions are being made without them being heard, I think that’s a negative thing.”

“I don’t think you can measure what I did in a year in terms of numbers. I think you have to measure it in terms of what lives I affected.”

Sanders said perceptions of public defenders are not always accurate.

“There is the perception if you have a publicly-funded lawyer, that you might not be getting as good a lawyer,” he said. “This is the perception on the part of the consuming public. That might be true, if we’re talking about a commercial area … I’m not so sure if you hire a private attorney to do criminal work, if you are getting a better shake than if you’re eligible for, say, a public defender, because a public defender is in court more than most lawyers.

“They’re honing their skills to be advocates.”

Sanders expressed support for the state of Minnesota adopting a hard speedy trial demand process, meaning if a trial is not heard within 60 days, the case could be dismissed. He said some release conditions need to be re-evaluated because they are harder than standards offenders must meet while on probation.

Walker acknowledged cases sometimes progress relatively slowly because defendants are not cooperative or due to congestion in the court system. He said it is important each case is given consideration.

“Any system that you develop will be subject to criticism, that it’s either too long or doesn’t take long enough, that it doesn’t give you the right to challenge things or it gives you too much or too many rights to challenge the charges against you,” he said.

“Any system we come up with will be subject to that criticism, because there is no perfection in the justice system.”

To read the earlier stories in this series, vist