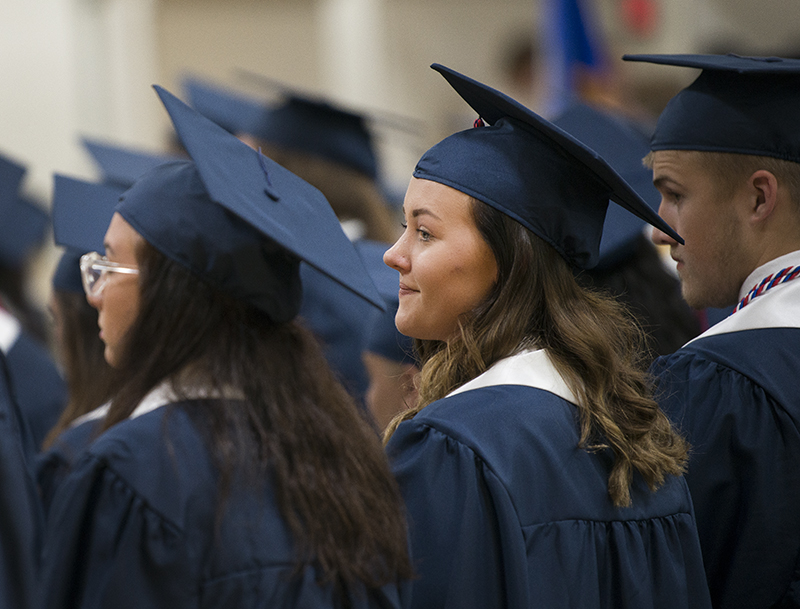 Whether it was extended relatives, parents, teachers or students themselves, there was one word on many lips at Albert Lea High School’s graduation Friday: “proud.”

Graduate Daniel Duran said it makes him happy to know people are proud of him.

“I’m thankful for the moment, for everyone who believed in me,” graduate Daniel Duran said. He plans to establish financial stability for himself before pursuing an education to become an electrician.

Ulve and Duran were two of approximately 220 students who walked in the graduation ceremony Friday in the Albert Lea High School gymnasium.

“We’ve worked hard to provide you the best education possible,” Albert Lea Area Schools Superintendent Mike Funk said to graduates during the ceremony. “… You are now entering the next phase of your lifelong education, and the next phase is your choice.”

“We look forward to her living her dream,” said her father, Carl Blizzard.

During the ceremony, school board clerk Neal Skaar encouraged graduates to love their neighbors and embrace a spirit of collaboration and unity. 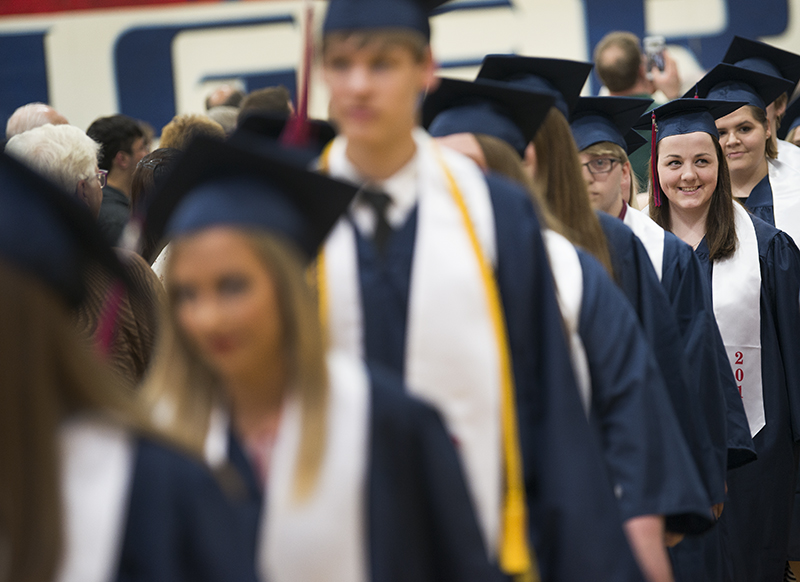 Mother Clare Zimmerman said her daughter, graduate Ana Zimmerman, is on her way to do just that thanks to the role models of her teachers.

“If there’s one thing she knows she’s going to be about, it’s pouring into other people and giving to other people, and we’re really grateful for that,” said her father, Torrey Zimmerman, before the ceremony.

“We’re remembering this little girl we used to hold,” said Torrey Zimmerman. He was feeling mixed emotions, he said, but they were excited to see her graduate.

There were mixed emotions in the upper bleachers, too, where great-aunt and great-uncle Jeff and Angie Hutchins sat to watch Zachary and Dayna Edwards graduate. Jeff Hutchins said the pair makes an effort to be there for events like these, especially after the twins’ father died a few years ago.

Student speaker Brayden Boettcher said living in a smaller town meant the class of 2018 had the chance to get to know each other, many since kindergarten.

“This town has given us a family,” Boettcher said.

Nonetheless, both he and Albert Lea High School Principal Mark Grossklaus spoke of the class’s graduation as a mark of a new beginning.

“Our students are finishing one chapter of their lives tonight and starting another,” Grossklaus said.

For graduate Abigail Olson, that chapter makes her a little anxious. It also makes her happy, she said.

“I’m scared to see what the future holds, but I’m hoping I can do what I want to do with my life and just take my time,” Olson said.

But according to Boettcher, wherever that future may take them, the graduates will still have one thing holding them together after Friday night.

“No matter where you are, Albert Lea will always be home,” he said.