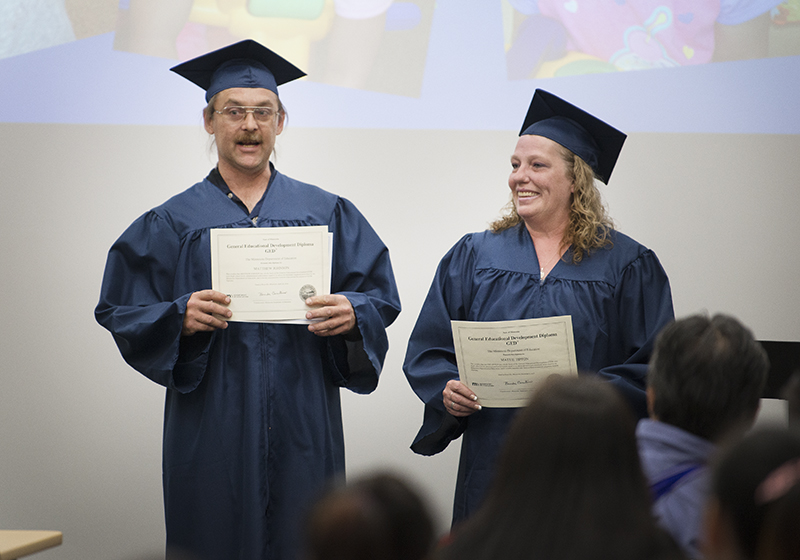 For the approximately 50 attendees at the Adult Learning Center’s celebration Thursday, the ceremony marked more than the completion of a course or a year of education.

“We try to do way more here than just get their GED or teach English,” Adult Learning Center coordinator Penny Jahnke said during the ceremony. “… This is just the first step.”

For graduate Mattie Tipton, who earned her GED through the center’s program, it’s a step toward more advancement opportunities at Walgreens, where Tipton works. She has already received her first promotion, to shift lead, thanks to her educational achievement.

She addressed the group of program participants, wearing a navy blue gown and cap.

“I’m 51 years old, and it has meant a great deal to me to get this piece of paper right here,” Tipton said.

Tipton was one of two GED program graduates in attendance. Jahnke said there were 10 students in the ALC GED program this year.

“It’s just a personal gratification more than anything else,” Tipton said after the ceremony. 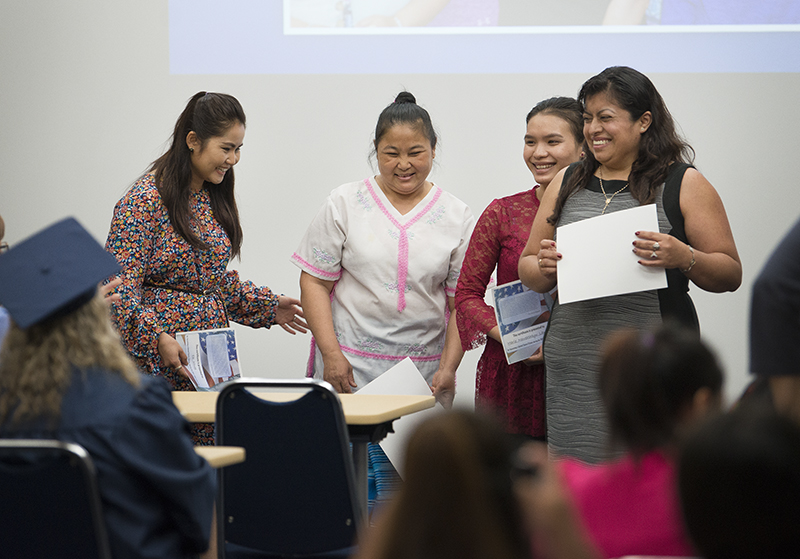 In addition to GED students, Jahnke said that headcount of 251 included students in classes on driver’s education, paraeducation, a Riverland Community College math course, those learning from the Freeborn County Detention Center, in English Language Learners classes and in citizenship classes.

Of the Learning Center students, Jahnke said 50 percent were coming to school while still working and caring for families. Between them, the students represented 23 countries and 14 different languages. Eleven students were under 17 and 18, and 11 were over 60.

Thursday was one student’s second graduation; April 30 was her first. It was the day Norma Kane became a United States citizen.

“I love this country,” Kane said during the celebration. “I love to learn everything about it, and that’s why I (became a) citizen.”

Next, Kane plans to get her GED. Her hope right now is to become a translator. She said continuing her education will be beneficial for her and her family in securing a better future.

English Language Learning teacher Jennifer Sorlie said it has been amazing for her to see the growth in her students. Of all the programs with the Adult Learning Center, Jahnke said the ELL programs have the most students.

Nyadak Chuol was one of those students this year, and she will be one again. She — and many others — expressed gratitude to Learning Center teachers and volunteers.

“I’m sure I will continue to come and learn more English, and that will help me with everything I want in America,” Chuol said during the celebration. 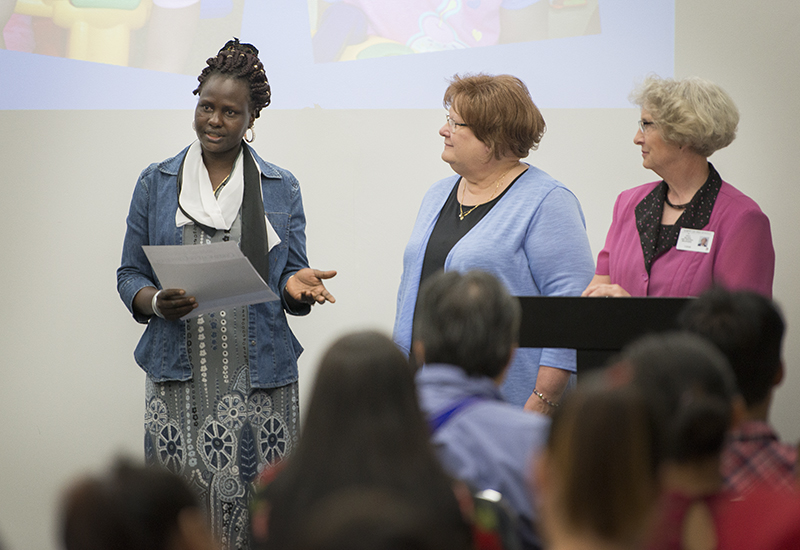