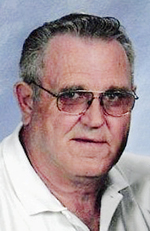 Memorial services will be at 2 p.m. Wednesday at Bonnerup Funeral Service with visitation from 5  to 7 p.m. Tuesday at the funeral home. The Rev. Daphne Hamborg will officiate.

Laverne was born Sept. 16, 1939, at home in rural Steele County to Axel and Florence (Hanson) Roberts. His family moved to Albert Lea when he was 3 years old and he made this area his home since.

Laverne attended school in Albert Lea and went to work at an early age, working at Certified Building Block, Hemenway Steps, Wilson & Co. and in the Albert Lea school system. On Dec. 28, 1957, he was united in marriage to Carol Underland at Community Lutheran Church in Geneva.

Laverne was an avid sports fan of the Minnesota Vikings and Twins. In his younger years he played softball on the summer leagues in Albert Lea, and then traded it off to coach both his sons’ summer league baseball teams from grade school through high school. Thereafter, he switched to coaching his daughters in adult ladies summer league softball and one year led them to nationals. He enjoyed going fishing up north and the summers spent at his place on Leech Lake.

Laverne had a wonderful sense of humor and quick wit; many one liners were enjoyed by friends and family. He was a great husband, father, grandfather and great-grandfather, which he deeply loved being.

He was proceeded in death by his parents Axel and Florence Roberts; his father- and mother-in-law Elmer and Alice Underland; brothers Richard (Mavis) Roberts and Milton Roberts; a sister, Harriet (Ernie) Christensen;  and in-laws Sonny Simon, Karen Roberts, Richard Underland and Ingrid Underland.