‘Lean in … you’ve got this’ — Riverland students graduate 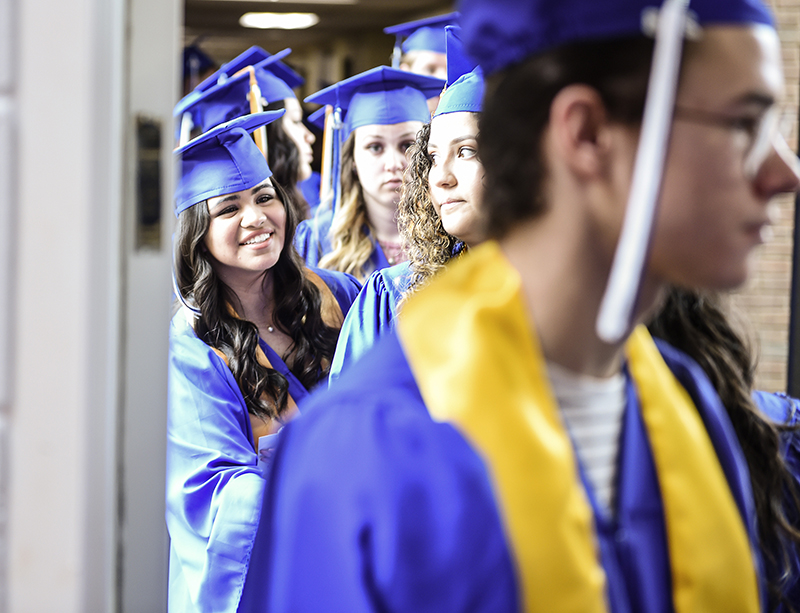 A graduate peaks around the corner as she waits to walk in for Riverland Community College commencement Friday afternoon in Austin. - Eric Johnson/Albert Lea Tribune

AUSTIN — As loved ones gathered and sat in the bleachers inside the gymnasium, Riverland Community College graduates — dressed in blue caps and gowns — fidgeted from nerves and excitement backstage. It was a major milestone as some were the first in their families to graduate with a college diploma in their hands.

Riverland had its commencement ceremonies for the 78th year on Friday. Five hundred and eighty students graduated from the college’s fall, spring and summer semesters, while about 270 students participated in the two graduation ceremonies.

Two of those students were Michelle Noney, 29, of Austin and Melissa Mendez, 26, of Worthington.

A single mother of four, Noney beamed at the thought of seeing her children and fiance sitting out in the crowds during her ceremony. It was her determination and hard work that earned her associate’s degree. What she at first thought was “impossible” became a dream realized, as Riverland provided her the resources to get the support she needed to complete her coursework. Now, she set a future goal of obtaining a masters degree in social work. 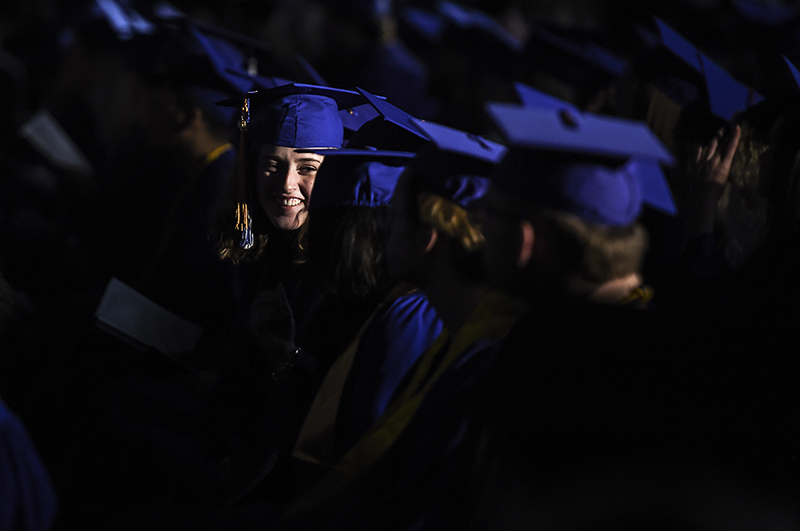 “I was terrified to go to school,” Noney said. “But when they told me that ‘you’ll be graduating,’ I couldn’t believe it. It just seemed impossible. It changed my attitude. I can do this. I’m setting an example for my children. This is a very emotional day.”

Mendez, who is the first in her family to graduate from college, shared her dream of becoming a pharmacy student at the University of Minnesota. It wasn’t an easy road, as she had taken a break from school. Yet, Riverland provided her the opportunities to become a pharmacy technician and looked forward to advancing her career.

Graduation was a time to reflect on the journey students took to get to the finish line. Tammy Snee, Riverland’s commencement speaker, also knew this. She referred to the time when she and one of her sons ran a half-marathon, and encountered the hills she had not taken into account while training in her garage during the winter.

A steep incline seemed to represent the challenges and difficulties the world had put out in front of her. Yet, her son had given her the mantra to “lean in” and to keep moving forward in life. This same message, Snee left with the graduates to consider.

“It was better to lean into the hills and keep pushing,” Snee said. “Be gentle with yourselves. …you got this.” 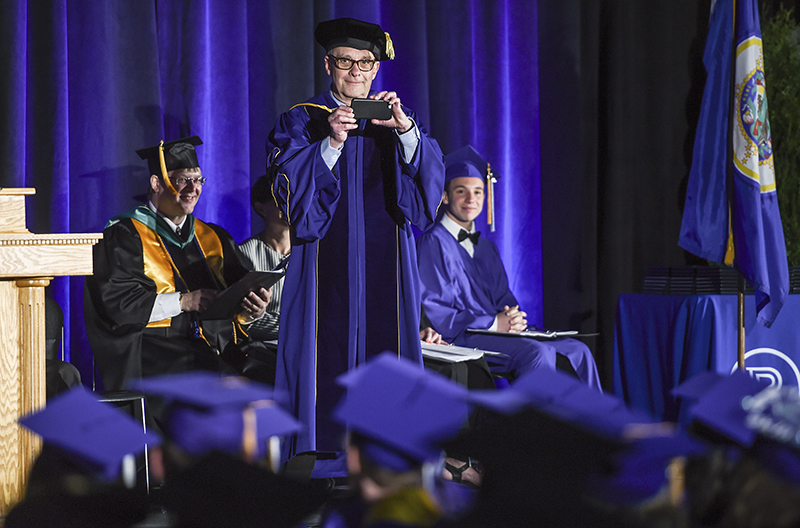