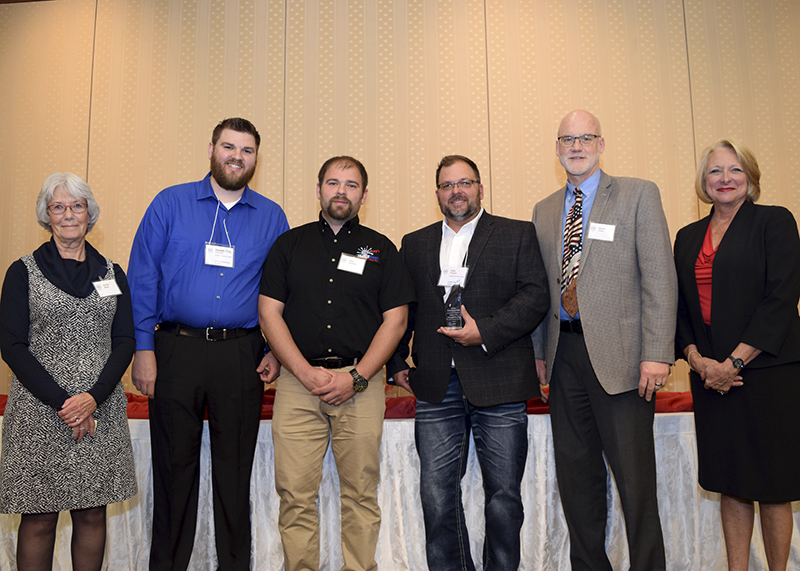 On May 11, during the 55th annual Minnesota Small Business Awards reception, the Small Business Administration presented a Lender’s Small Business Excellence Award to Schipp’s Pro Power Wash, which is owned by the John and Danielle Schipper family. Schipp’s was nominated by SPEDCO, a company that facilitates SBA 504 loans.

Farmers State Bank of Hartland was also recognized as the local bank lender that coordinated with SPEDCO to obtain various SBA 504 loans utilized by Schipp’s to build its tanker wash business. Schipp’s was one of eight Small Business Excellence Awards presented in 2018 by Minnesota District Director of SBA Nancy Libersky.

Each year SBA recognizes successful entrepreneurs or small business champions. Both those chosen by SBA and those nominated for a Lenders Small Business Excellence Award by their bank have utilized SBA programs or received critical help from resource partners. According to a press release, it is the hard work dedication, and success in their respective businesses that is making Minnesota’s economy shine and providing good jobs in local communities. 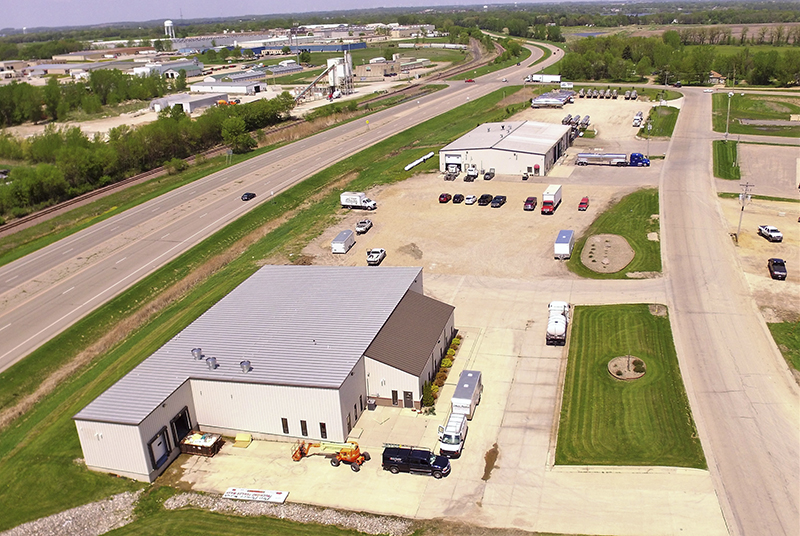 John and Danielle Schipper, along with their sons, Mike and Josh, own and operate Schipp’s, which is off Crossroads Boulevard near the intersection of Interstate 35 and Interstate 90 in Albert Lea. This is one of the busiest trucking routes in the state, the release said.

The primary focus of Schipp’s is providing food grade and non-food grade tank washes. Schipp’s will open a new 3-bay food grade automated tanker wash facility in May, adding to its current three-bay facility next door. Adjacent to its buildings, Schipp’s has nearly three acres of parking lot that is used to store tankers for drop offand pickup service for clients. Schipp’s also has a full tanker parts store and a truck service center with a full-time mechanic on duty.

John and Danielle Schipper began operating the business in 2005 as a mobile power washing business. They incorporated in 2010 and moved to their current location in 2013 through the use of a SBA 504 building loan. Later, they used another SBA 504 loan, that originated through SPEDCO and Farmers State Bank, to purchase adjacent land to create a parking lot and staging area for tankers. Since 2013 they have focused on learning the tanker-cleaning business. Tank washes are their largest income generator with the mobile power washing now being their second. In 2016, their sons, Mike and Josh, became part owners and plan to be the future of this family business.

Schipp’s was just approved for a third SBA 504 loan through SPEDCO, with the assistance of Farmers State Bank, to purchase and remodel a second building that will be used exclusively for food grade and kosher and washes. These two bays will use state of the art automated washing systems manufactured by the Peacock Co. The third bay will be used to house the mobile wash truck and equipment. Schipp’s existing building will still have high temp non-food grade washes, truck repair, parts sales, as well as provide a trucker’s service center including laundry, showers, recreation room and snacks. A dedicated mobile communication system was set up to cover the entire location to allow all employees to communicate during the two shifts they are open. Schipp’s has 15 employees on staff and plans to add another six positions as volume increases.

More than 986 companies have received loans totaling more than $438 million through SPEDCO, which has led to the creation or retention of over 26,048 jobs in the state of Minnesota, according to the press release.