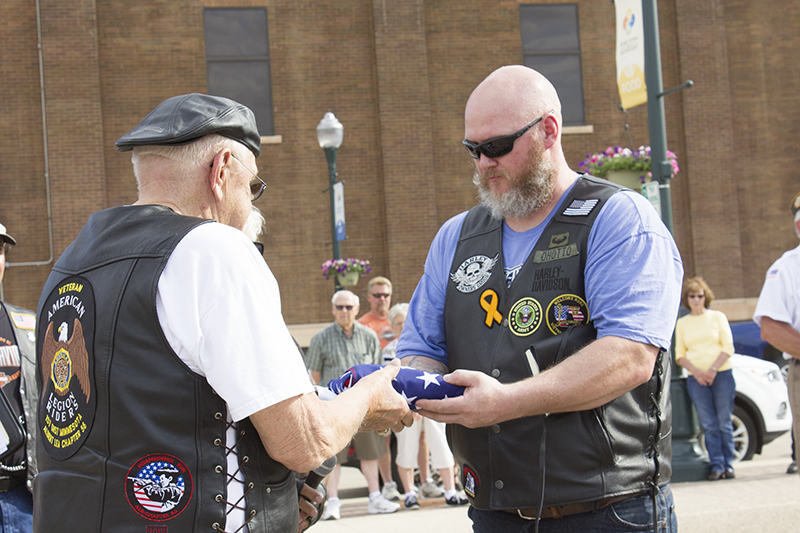 A United States flag is given to Albert Lea Legion riders from a Mason City veteran as a part of the Nation of Patriots tour. - Sam Wilmes/Albert Lea Tribune

This year, American Legion Riders are once again carrying a United States flag 14,500 miles to 48 states as part of the Nation of Patriots tour.

The flag was brought to Albert Lea on Thursday from Mason City in the presence of dozens of local veterans.

“A lot of the times, when they get back out of the service, they spent time away from families,” he said. “It’s important for us to support the families.

“It’s impressive to have the participation of the riders. And the veterans — we have veterans that are riding with us today, and they realize how significant this is to raise money for that cause.” 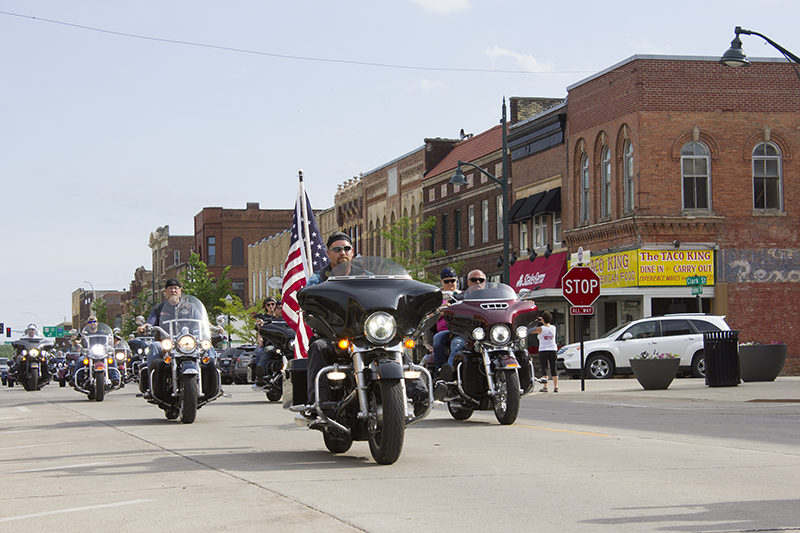 Legion Riders arrive at the Albert Lea American Legion on Thursday for the transferring of the U.S. flag from Mason City to Albert Lea. – Sam Wilmes/Albert Lea Tribune

The flag was scheduled to depart from Albert Lea American Legion to Crow River Harley-Davidson in Delano at 9 a.m. Friday.

Nation of Patriots was founded by Milwaukee resident William Sherer in 2009. That year, Sherer carried the flag on his motorcycle through 33 states east of the Mississippi River.

Retired veteran Wes Halverson said tour proceeds could help veterans whose treatment is delayed because of a Veterans Administration backlog.

“As a retired veteran, anything we can do to help other veterans and their families,” he said. “None of us could do our job unless our families back home were being taken care of.

“Now it’s time to step up and help those wounded soldiers and their families when they need it.” 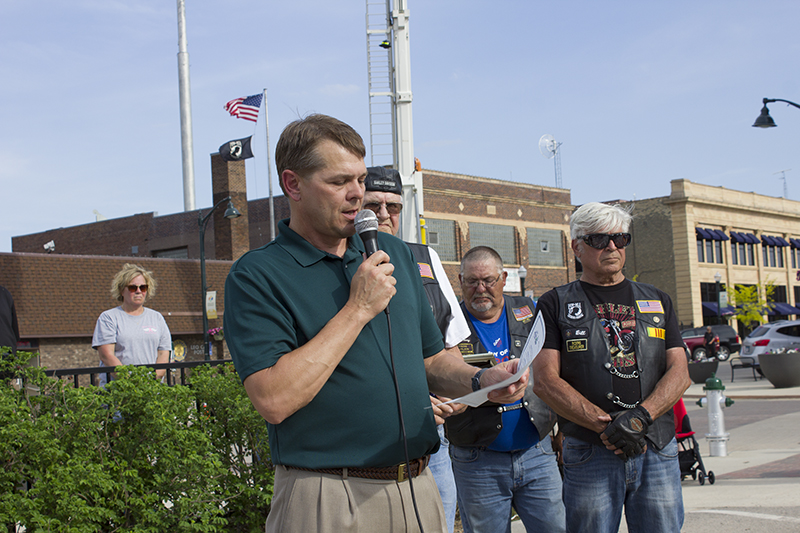