Pauline C. “Polly” Slater, 92, formerly of Albert Lea, passed away peacefully on Thursday, May 17, 2018, in Milwaukee. A private family gathering to spread Polly’s ashes will be at the Hillcrest Cemetery gravesite of Polly’s parents on June 2. 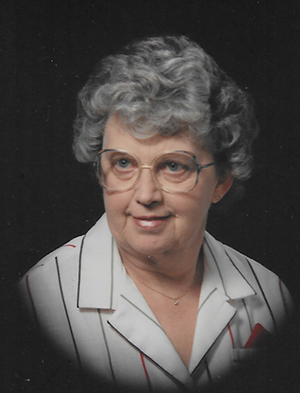 Polly was a stay-at-home mother until she went to work for Smith Douglas Fertilizer. Later she was the registrar at Lea College before becoming the administrative assistant to the principal at Lakeview Elementary School.

After retiring, Polly and her husband wintered in Mission, Texas, eventually moving full time to Columbia, South Carolina, to be near their son, Steve, and his family. In December 2013, she and her husband moved to Milwaukee to reside at the Elizabeth Residence near the home of their daughter, Nancy.

As an avid camper and dedicated wife and mom, Polly and her husband started Crossroad Campers. She was a longtime member of First Presbyterian Church in Albert Lea, where she was a member of a circle, a Sunday school teacher and served as a deacon.

In lieu of flowers, memorials may be given to First Presbyterian Church in Albert Lea or The Elizabeth Residence at 9289 N. Port Washington Road, Milwaukee, WI 53217.