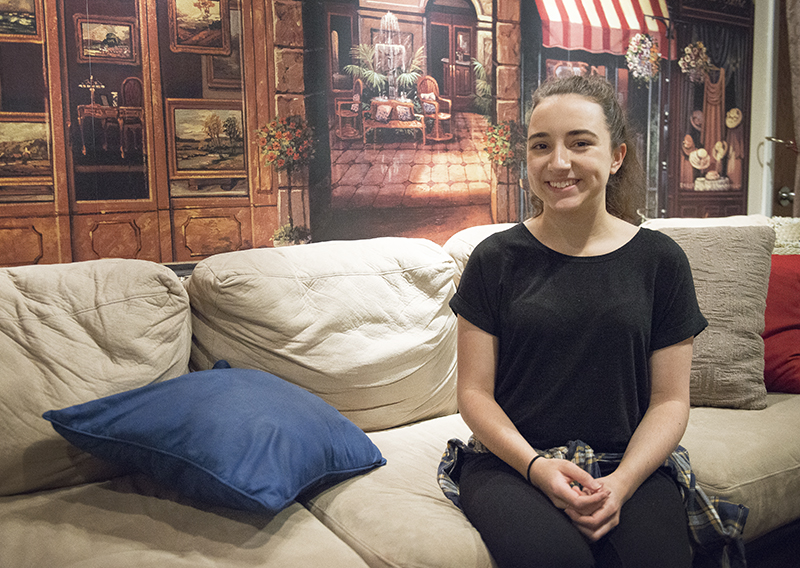 Maybrit "May" Arnold is an intern at Youth For Christ's The Rock in Albert Lea. Originally from Germany, Arnold will be in the United States through August. - Colleen Harrison/Albert Lea Tribune

There are quite a few differences between Germany and Albert Lea, but many of them are welcome to one local visitor.

Maybrit Arnold, more commonly known to her friends as “May,” arrived in the United States in September 2017. Originally from outside of Frankfurt, Germany, she will be in town through this August. She has been staying with her host family, Matt and Robin Hundley, while interning at Youth For Christ’s The Rock. Arnold, 19, along with Lukas Dorn, from the Nürnberg area of Germany, both applied for the internship program through the Youth For Christ organization upon finishing school back in Germany.

When arriving in 90-degree heat in Albert Lea last year, Arnold said she was startled at how warm it was in September. She said the climate where she lives in much milder.

Among the other differences Arnold noticed right away? Larger streets and different housing styles, sure, and the fact that stores like Walmart saved her from having to make multiple stops on grocery outings, but what stood out to her most was the outgoing and welcoming personalities she was greeted with upon her arrival.

She has had to get used to people asking her how she is and being interested in her background, but Arnold said that’s not something she minds growing accustomed to. She has met a number of people through her work at The Rock and through attending church, and she looks forward to summer camps this year through Youth For Christ.

She especially looks forward to experiencing an American summer, with Fourth of July festivities, tubing, kayaking and fishing high on her list of things to experience over the next few months.

In her spare time, Arnold said she enjoys reading the Bible and playing the violin, and got the chance to visit New York City to meet up with some friends while she has been on this side of the Atlantic. She especially enjoyed getting to show her mother and sister around when they came for a visit. Dorn has been doing his fair share of traveling, as well, as he was on vacation when Arnold was interviewed by the Tribune.

Once Arnold returns home to Germany, she plans to go to school to be a pediatrician. She believes her time in Albert Lea and at The Rock have helped her in moving toward that goal.

“It’s helped me a lot with growing into my personality,” she said.

Address: originally from outside of Frankfurt, Germany; is currently staying with a host family in Albert Lea

Livelihood: intern at The Rock

Interesting fact: German chocolate is one of the things she misses most about home