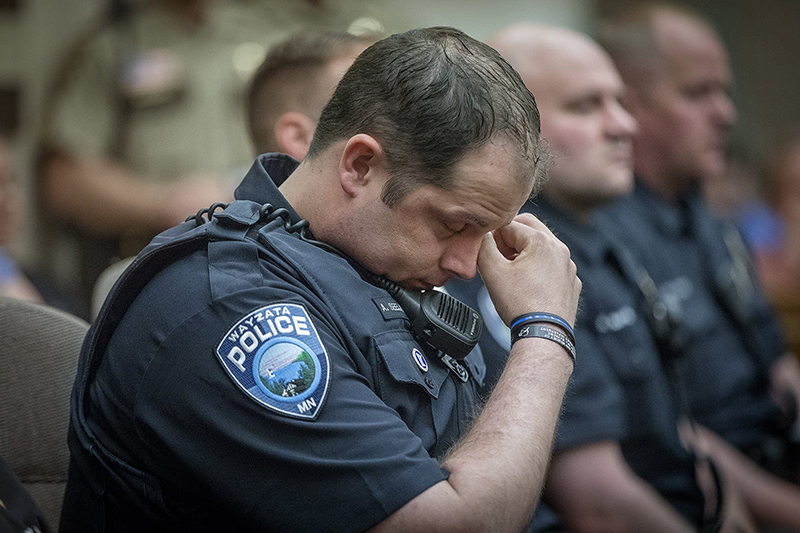 A Twin Cities driver will spend at least five and a half years in prison for striking and killing a Wayzata police officer last year.

Beth Ilene Freeman of Mound pleaded guilty Friday to criminal vehicular homicide while driving under the influence of a controlled substance.

As part of a plea deal, prosecutors dropped two other charges. Freeman received an eight-year sentence, but she’ll serve a third of that on supervised release.

After sentencing, defense attorney Andrea Ryan Anderson told reporters the facts around the phone use are in dispute, but she did not bring that up at sentencing. 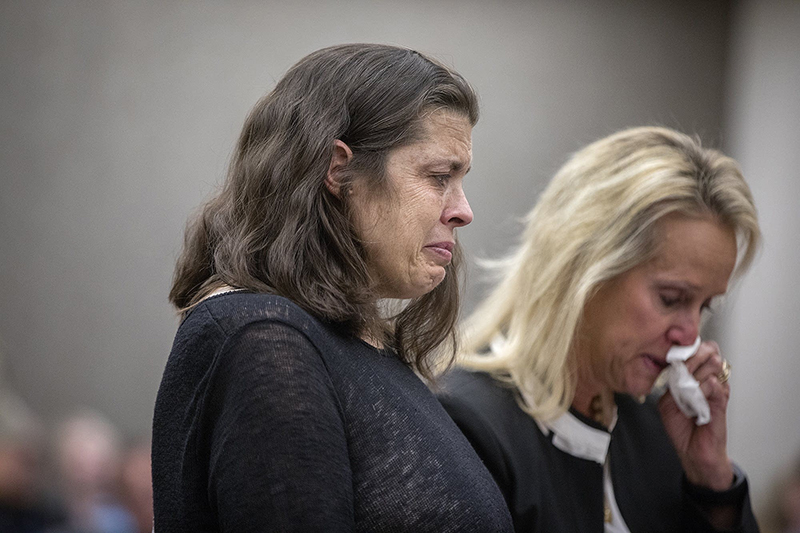 Mathews was 47 years old and a nine-year member of the force when he died. Wayzata Chief Mike Risvold described him as “one of the good ones, for sure.”

On Friday, Shawn Mathews, the officer’s widow, told the Hennepin County court that she, her son and the Wayzata community were given a life sentence because of Freeman’s “cold and malicious” actions.

“There was not one part of his body that did not sustain an injury,” Shawn Mathews told the court as she graphically described her husband’s wounds. “He was taken from us in the sweet spot of his life.”

Wyatt Mathews, the officer’s young son who was 7 years old at the time of the incident, said: “That day changed my life forever. Now, I can’t play with my dad ever again. My dad is not here to be my hockey coach anymore or come to my school stuff.”

“I’m extremely sorry and remorseful for officer Mathews’ death,” Freeman said after the family members read their statements. “I ask your forgiveness and pray you will make God your refuge in times of trouble.”