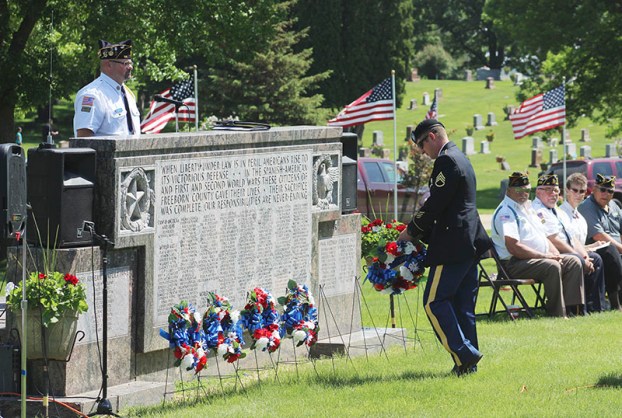 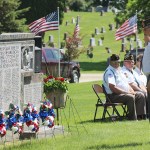 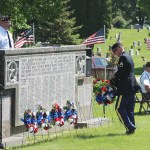 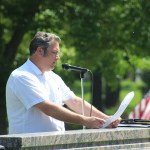 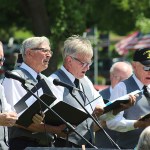 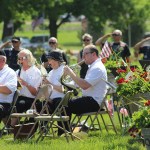 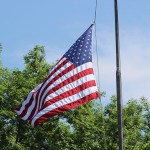 Despite warm temperatures, Albert Leans paid tribute to the fallen Monday during the annual Memorial Day service at Graceland Cemetery in Albert Lea.

Fourth District Freeborn County Commissioner Chris Shoff was the speaker at the event and talked about Freeborn County’s long-standing history of supporting its veterans, whether through things such as the county veterans memorial, the American Legion, the Veterans Affairs Clinic, and also through the actions of its people.

He said his father, former Albert Lea Mayor Niles Shoff, was one of the veterans who was positively impacted by the area’s welcome of its veterans and who ultimately decided to live in Albert Lea.

“No words will ever do justice to that sacrifice,” he said of those military personnel who gave of their lives for the country.

Paul Nolette with the American Legion Post 56 said the Legion celebrates its 100th anniversary this year and will continue to serve area veterans into the future.

In addition to the remarks, the Albert Lea Community Band provided prelude for the service and also played the national anthem.

The Careyaires sang a military medley and tribute to the military branches as well as “God Bless America” at the close of the service.

The Minnesota Pollution Control Agency has issued an air quality alert from noon to 8 p.m. Monday for the Twin... read more