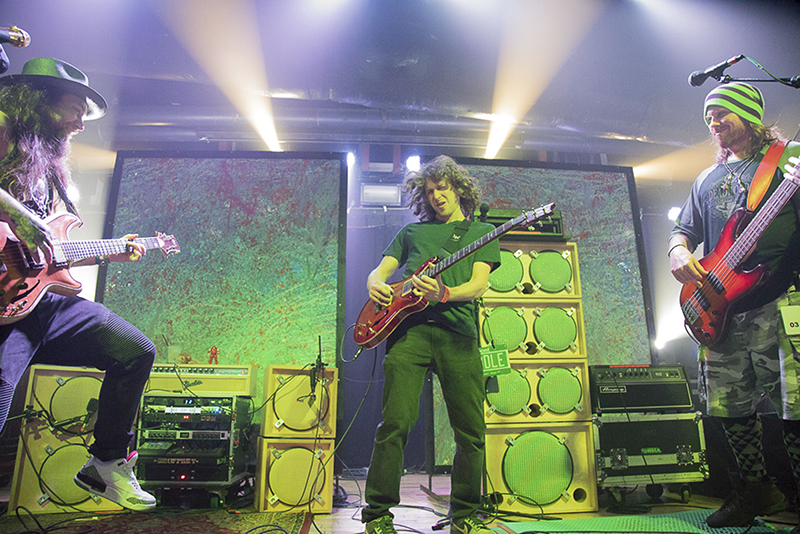 Twiddle performs during its spring 2017 tour. The jam band will perform May 26 at the Revival Music Festival at Harmony Park Music Garden. - Provided

After four years of a successful music festival, the owner and operator of Harmony Park Music Garden teamed up with a music promotions and management company to bring another amalgamation of artists to the Clarks Grove venue.

This is Harmony Park Music Garden owner and operator Jay Sullivan’s first year working with MJG Productions to co-produce the Revival Festival after four years of tackling the booking himself.

“It’s pretty diverse,” Sullivan said of this year’s show, which features more than 30 acts over the course of a weekend.

Because of the show’s diversity, who you’ll want to look out for will depend on what kind of music you like, Sullivan said. But from May 25 to 27, he is expecting a certain crowd: music enthusiasts.

The names aren’t necessarily household ones — with the exception, perhaps, of Grateful Dead’s Phil Lesh, performing with the Terrapin Family Band — but they are talented.

“It’s more of a music-lover’s event, more than just camping or a party,” Sullivan said.

He also spoke of the Revival Festival as an opportunity for listeners to branch out and find new artists that may be out of their traditional genres of choice. Sullivan said bringing in MJG Productions has helped to expand the genres and offerings. And with a bigger headlining act this year, Sullivan said this year’s festival has the chance to grow in attendance.

“(Phil Lesh is) a pretty big name in the jam band scene, so we’re pretty excited to have him here,” Sullivan said.

The music festival will have two stages and a VIP tent intended for more intimate performances. Early campers can also start the festival experience early with a lineup for Thursday afternoon and evening. May 25’s pre-party opens at noon with Wisconsin “newgrass” band Armchair Boogie, and the festival, officially May 26 and 27, finishes at 11:30 p.m. May 26 evening with jam band The Big Wu. There will be special guests fitting in to other shows as well, creating collaborations Sullivan said may only be seen once: at Revival.

It started as a house band for Lesh’s California music venue, Terrapin Crossroads, and over time developed into the group that will take the Harmony Park stage to headline the festival. Their festival artist’s bio labels them as an organically formed and constantly merging band which starts with the Grateful Dead songbook and reinvents from there. Expect a range of influences merging into a hard-rock sound with the “exploratory spirit” of the Grateful Dead.

Phil Lesh and the Terrapin Family Band perform at Harmony Park Music Garden at 9 p.m. May 26.

Following in the jam band footsteps is Twiddle, a Vermont-based quartet Sullivan mentioned as an up-and-coming group. They have 12 years of touring behind them, according to the festival’s artist bio, and a live following thanks to their improvisational music. Their style includes influences from funk, rock, jazz, reggae, rock and bluegrass.

Twiddle will perform at the Revival Festival at 6 p.m. May 26. 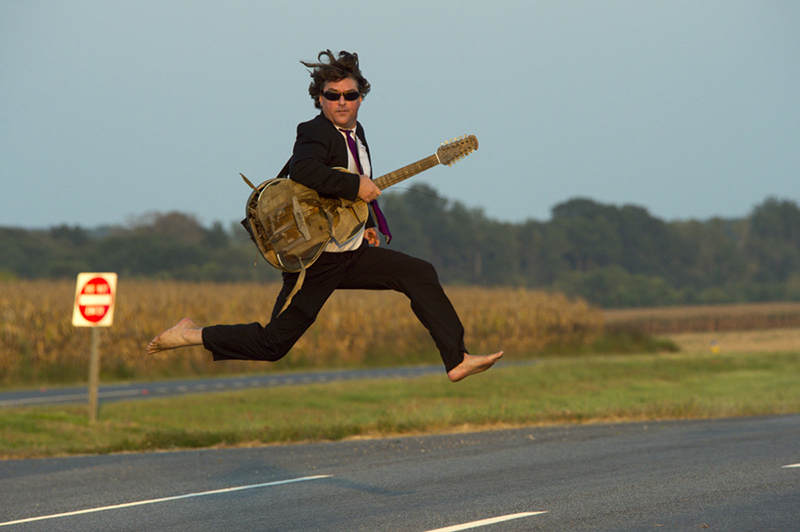 Keller Williams will perform with The Kells May 27. – Provided

Solo artist Keller Williams’ group size will be tripled at the Revival Festival, at which he’ll play with husband and wife duo, The Keels.The trio collaborated for the album GRASS and are back, on stage, upright bass included. Expect bluegrass, and maybe a little something else.

Keller Williams and the Keels perform at 8 p.m. May 27.

Samantha Fish is a 29-year-old blues guitarist and singer-songwriter with a reputation for her live performances and guitar star power. Her fifth studio album, “Belle of the West,” was released in November. According to a press release, she is known for her creativity, enthusiasm, talent and promise as an artist.

Twin Cities ensemble Space Monkey Mafia calls with blues and rock and raises with jazz and pop. The six-member group self-described as ska punk includes two saxophones, a guitar, a bass, a trombone and drums, the group rounds it out with each contributing vocals. Their debut album, “Sorry For Your Time,” was released this spring.

Also in the festival lineup

The Brothers Allmanac: A Midwest Tribute to the Allman Brothers

Dream of the Wild

Additionally, there are a handful of artists involved in VIP lounge performances.