Roger was born July 8, 1949, in Austin to Wilfred and Isabel (Giles) Schaefer. He grew up in Austin and graduated from Austin High School.

On Oct. 19, 1968, he was united in marriage to Marlene Christopherson. To this union, seven children were born. The couple later divorced.

Roger made his career working at Hormel Foods as a general laborer. He retired in 2013, after 29 years with the company. 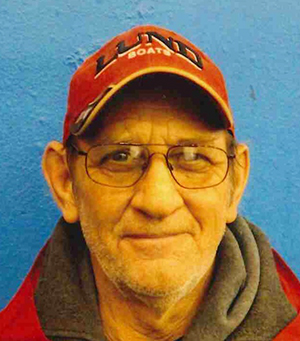 Roger was a devoted hockey coach in Austin for over 50 years. He enjoyed telling stories about his hockey players. Roger was well known for his “Roger-isms.” Hockey was one of Roger’s true passions, andhis legacy will live on through his children and grandchildren.

Roger loved fishing — especially at Whitefish Lake, where his family has been going for 50 years. Roger would go fishing with anyone who wanted to wet a line, but he especially loved sharing the boat with his brother, Wheels. He went up to the lake every chance he could. Roger was able to get in his fishing, cribbage and quality family time. He also enjoyed his annual deer hunting trip to Lanesboro with the boys.

Roger loved spending time with his family. He especially enjoyed his grandchildren and would light up when they were around.

He is preceded in death by his parents, Wilfred and Isabel; one brother, Bruce; and brother-in-law and sister-in-law Larry and Diane Christopherson.

Roger will be greatly missed by all who knew him. The world will be a lot less bright without Roger in it.

The Schaefer family would like to extend their thanks to Heartland Hospice. The care that was provided exceeded expectations and they are forever grateful for the services given to Roger..

A funeral Mass will be celebrated at 11 a.m. Thursday at Queen of Angels Catholic Church. The Rev. Dale Tupper will officiate. Friends may call between 3 to 7 p.m. Wednesday at Mayer Funeral Home and one hour prior to the service at the church on Thursday. Interment will be in Calvary Cemetery.

Condolences​ may be left online at www.mayerfh.com.