Funeral services for Shirley Hildora (Lorentzen) Tuttle, 79, of Albert Lea will be at 2:30 p.m. Saturday at the Salvation Army worship center, 302 Court St. in Albert Lea. Maj. Sandy Hunt will officiate. Interment will be at Graceland Cemetery. Visitation will be one hour prior to the service at the worship center Saturday. Online condolences are welcome at www.bayviewfuneral.com. 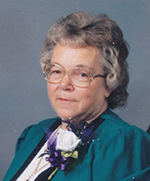