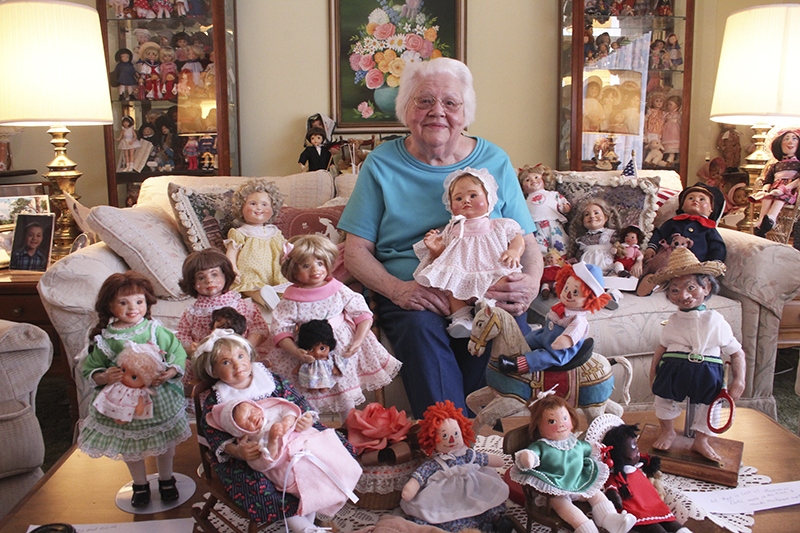 Agnes Boss, 94, sits in her home with just some of the dolls she has created over the approximately 15 years she was hand-making them. - Sarah Kocher/Albert Lea Tribune 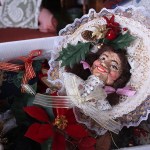 The dollmaker has made heads out of several materials: cloth, clothespins, wood, Sculpey and, as pictured here, dried apples. Sarah Kocher/Albert Lea Tribune 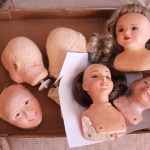 Not all of Agnes Boss’s work made it to the finished stage. Sarah Kocher/Albert Lea Tribune 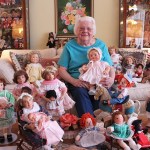 Agnes Boss, 94, sits in her home with just some of the dolls she has created over the approximately 15 years she was hand-making them. – Sarah Kocher/Albert Lea Tribune

A local dollmaker hasn’t kept tabs on how many dolls she has created since she began in earnest in the late 1980s, but short of breathing life into them, she’s had a hand in every step of the process from dust to human form.

“I wouldn’t know because I’ve given them away and I’ve also sold many,” Agnes Boss said.

But because of her upcoming solo exhibition at Albert Lea Art Show, “Aggie’s Dolls,” we know she has made at least 90. And because each doll is handmade — planned out, sculpted carefully, baked, painted and clothed by hand — all 90-plus and beyond are completely different.

Boss, now 94, started out painting, then moved into wood carving and doll-making. Boss said her daughters were her inspiration to start making dolls. When her oldest daughter was still a baby, Boss gifted her with dolls made to resemble Raggedy Ann and Raggedy Andy.

Between the first dolls and the last, she has made dolls from wood, an oven-bake polymer clay called Sculpey, dolls with apples as heads, dolls with cloth limbs, doll clothes and dolls out of clothespins. She isn’t sure how long each doll took her to make.

“Ordinarily, I wasn’t thinking of the time it took,” she said. “I was just happy that I could complete a project and feel I had done the best I knew how at the time.”

For Boss, that was also the greatest challenge: that she would be satisfied when she completed a doll.

The first one where she was really inspired, Boss said, was the first doll she made out of Sculpey. It sat in the home she shared with her late husband.

“We’d go out the door and my husband would say, ‘You be good now,’” Boss said.

Boss started using Sculpey to construct her dolls after receiving a short demonstration from a doll-maker at a doll show she was invited to attend in Fargo.

When starting a doll, Boss would draw the outside of it. She would work on the doll head on a stand and then make the arms and legs. The arms and legs were baked separately and brought together with a cloth body.

“It was always a learning process,” Boss said. “In order for fingers not to break, you used a wire armature that you created.”

To form the face and limbs, Boss used old dental tools given to her by her dentist. She had to figure out how to hold the head as well as hang the limbs to prevent pieces from touching the oven’s face. Because the early Sculpey she worked with was white, she would paint on the flesh. She used magazines and books to keep up with and learn new processes for creation.

Boss has made and restored dolls for many, but it was the Barbara Bush doll that changed her doll-making.

“Everybody was just gaga over it,” Boss said. A woman at the show suggested she submit it for a contest at a museum in Mitchell, South Dakota; what followed was a longer history of sculpting presidents’ wives for the museum, which had a replica of the White House in a special glass case.

At the Albert Lea Art Center show, visitors can read a copy of Barbara Bush’s congratulations and thanks for creating the doll.

Presidential or not, Albert Lea Art Center member Bev Jackson Cotter said each of Boss’s dolls has its own personality.

“When you look at the faces, you see expressions,” Mullen said.

He predicted it won’t be only the dolls with a facial expression molded by Boss.

When: The artist’s reception is from 1 to 3 p.m. Sunday. The show runs Sunday through June 16.