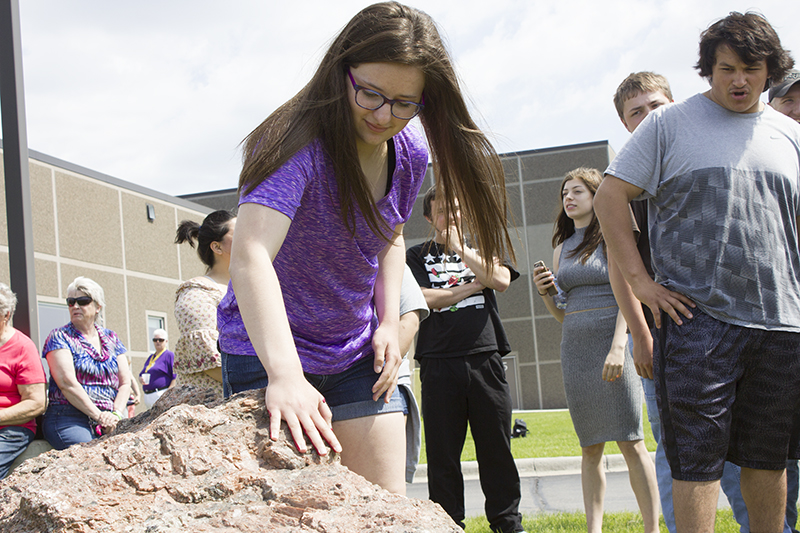 On Friday, the school honored the student, who teachers and staff credit with instilling life lessons on her classmates.

Graduating seniors dedicated a rock in Aadsen’s honor and placed their handprints on it. A tree in honor of her has been planted in the area of the rock.

“It’s very touching that her classmates and teachers and everybody took to her, that she touched everybody,” Tammy Aadsen said. 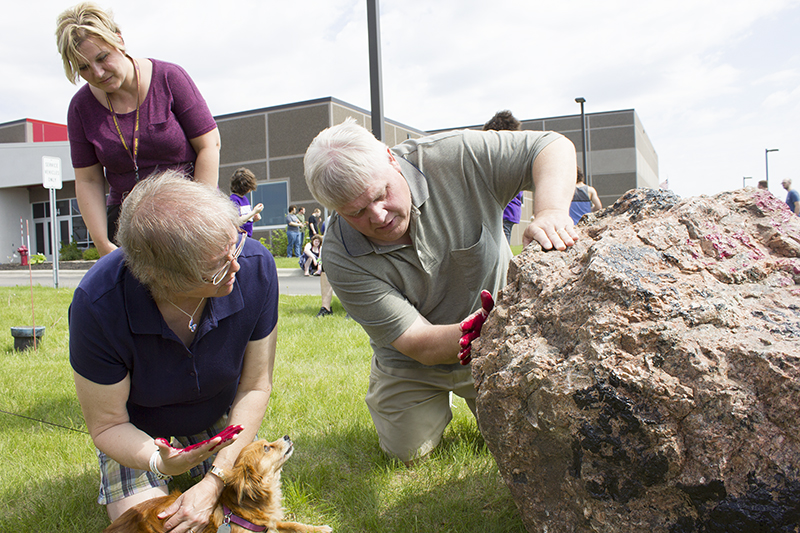 Tammy and Neil Aadsen leave their handprints on a rock in honor of their daughter. – Sam Wilmes/Albert Lea Tribune

Living with Aicardi syndrome, Anna Aadsen suffered seizures and was wheelchair-bound. Though she could not speak, those who knew her said she did interact with others.

“Even though Anna couldn’t speak, she still told a story,” said Terri Seedorf, her case manager at United South Central. “The United South Central school district and the administrators, the teachers, the students — everyone here just embraced her life.

“Diversity is great, and the students here, they just embraced her. They made her feel like she was family.”

Seedorf said Aadsen shared her life story through her smile.

“Her memory will always be in our hearts. This is just one way to let this small community know that we truly cared for her and her family.”

Anna Aadsen, who would have graduated this year, will receive her diploma June 3 at the school’s graduation ceremony. Each senior will carry a rose in her honor and place it in a vase. Tammy and Neil Aadsen will receive the vase after the ceremony.

Anna Aadsen’s classmate Madalyn Hart remembered sitting next to her in choir.

“She was part of the class,” she said. 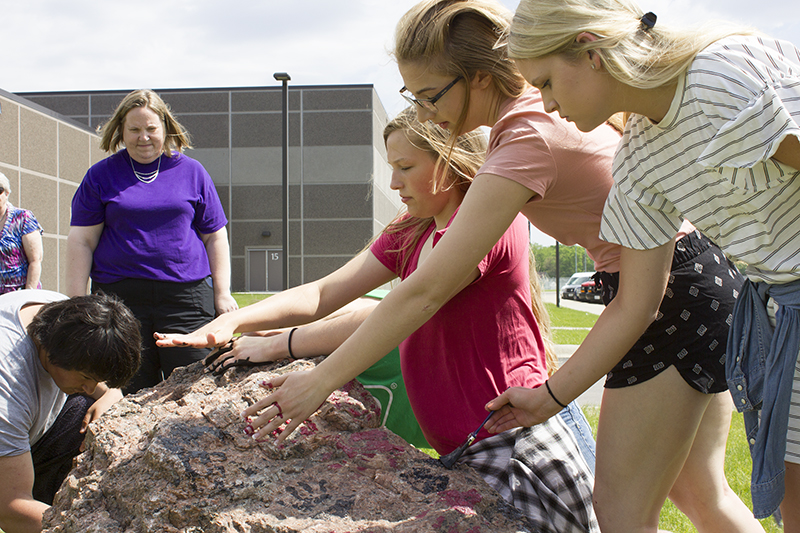 USC seniors leave their handprints on a rock in honor of their former classmate Anna Aadsen. – Sam Wilmes/Albert Lea Tribune

Hart noted the rock will forever serve as a reminder of the life Aadsen led.

Though Aadsen’s parents acknowledged they had known their daughter would likely die at a young age due to a weakened immune system, they were surprised by the circumstances of her death.

“We didn’t expect that she would just go to sleep and not wake up,” Tammy Aadsen said.

“We’ve been through a lot with her. We took her everywhere. Our vacations, everywhere, she went with us.”

She recalled her daughter attempting to look for the sun.

“She would go through the halls here at the school, and if the sun was shining, she would turn her head toward the sun looking for the light,” she said. “We call her ‘our little sunflower.’” 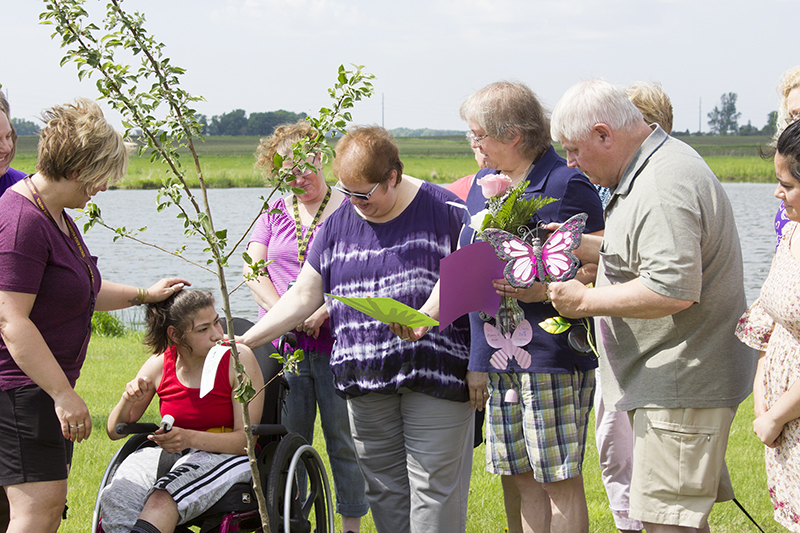 Alicia Rubio presents a butterfly picture she made with her hands in honor of Anna Aadsen. – Sam Wilmes/Albert Lea Tribune