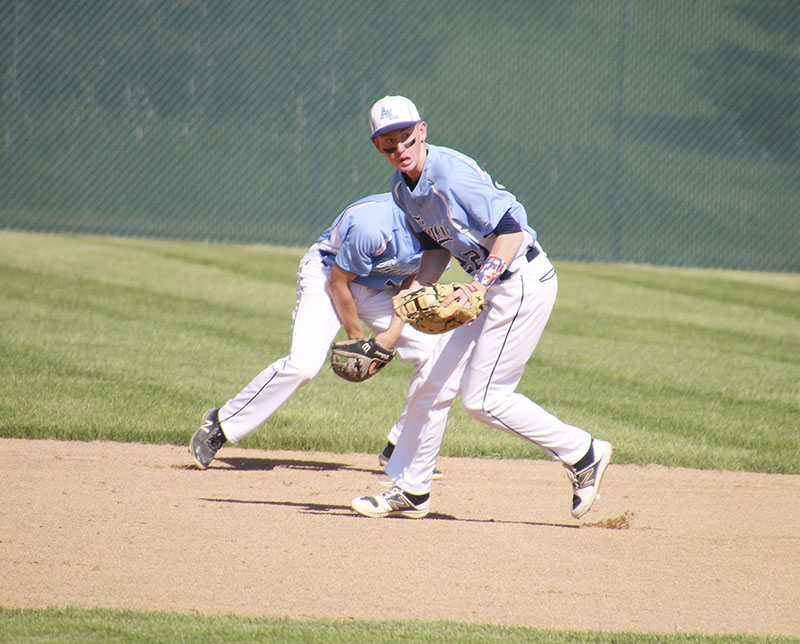 Albert Lea senior Garret Piechowski fields a ground ball during Saturday’s section tournament game against Austin. Piechowski would go 3-3 at the plate and record the only RBI in the Tiger’s 2-1 loss to the Packers. Provided

Despite strong performances, A.L. comes up just short against Austin

The Albert Lea baseball team was hoping to end a three-game skid as it entered the first round of the Section 1AAA tournament Saturday afternoon. The No. 1 seed Austin was waiting for them in the first game, and despite a solid defensive outing, the Tigers were unable to find momentum to score runs, falling to the Packers 2-1.

Starting on the mound for the Tigers was sophomore Gavyn Tlamka. He pitched all six innings allowing just four hits and two runs while striking out three batters. 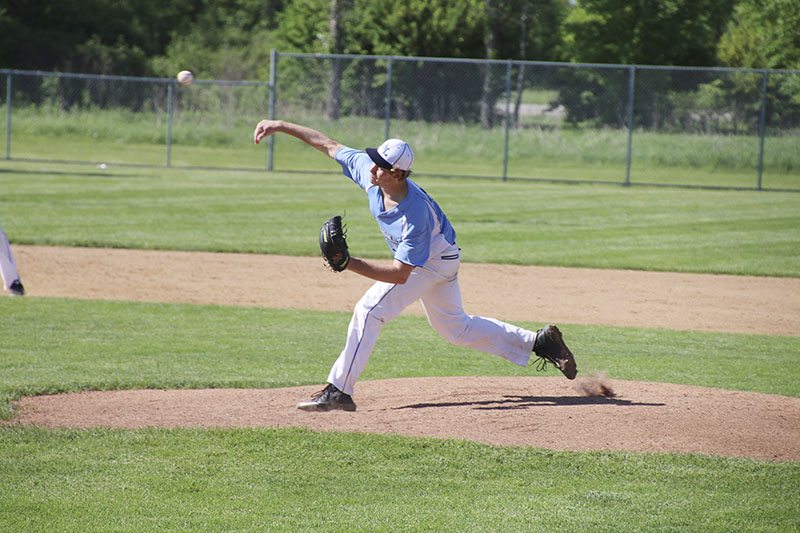 Albert Lea sophomore Gavyn Tlamka started on the mound for the Tigers Saturday afternoon. Tlamka gave up just one earned run on four hits, while striking out three batters.

“Gavyn was fantastic,” said head coach Sean Gaston. “It is a challenge for an underclassman to start a section game, but he and Koby (Hendrickson) have shown that they are up to the challenge of playing at this level. We are excited for what they bring to us now and in the future.”

Offensively, Gaston said the team did everything right except score the runs. He said they put Austin in tough situations by getting guys on base and had several tough at-bats.

Senior Garret Piechowski had a fantastic day at the plate, going 3-3 and recording the game’s only RBI.

“I have never seen Garret swing as well as he did today,” Gaston said. “I am super proud of him. Garret just keeps working and working and it is always great to see a kid like that be rewarded.”

Other notable performances at the plate came from senior Logan Stadheim, who was 2-3 with a walk. Junior Carson Goodell was 2-3 with a run and junior Brock Hammer was 1-3 with a double and a walk.

“Ultimately, we have grown a lot as a team this year,” Gaston said. “We have shown the ability to compete against some of the best teams this state has to offer.”

With the loss, the Tigers move to the bottom side of the bracket and will travel to Kasson-Mantorville looking to keep their season going against the KoMets. The game is slated to start at 5 p.m. Tuesday.

“Our boys are hurting,” Gaston said. “But I am confident that they we will be ready to go on Tuesday, and we will see if we can make some noise and get to the weekend.”