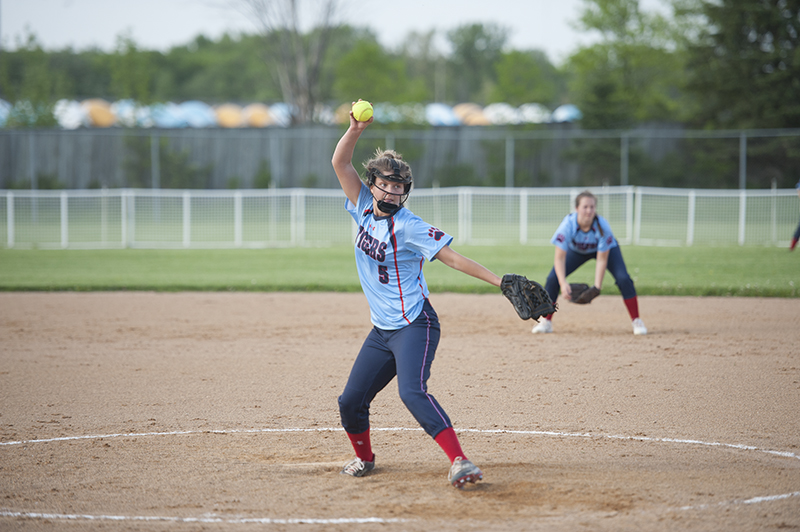 Albert Lea sophomore Mia Fjelsta started in the circle for the Tigers. She would walk just two batters in the game and strike out one. - Tyler Julson/Albert Lea Tribune

AUSTIN — The Albert Lea softball team traveled to Austin on Thursday night to play in a win-or-go-home game against Red Wing in the Section 1AAA tournament.

The Tigers looked as though they would live to see another game for most of the contest. However, a late rally by the Wingers would put them on top and the Tigers wouldn’t be able to find the runs they needed, falling 5-3.

The Wingers wasted no time getting on the scoreboard in the first inning with back-to-back base hits to score a run. The Tigers defense would then find its footing, retiring the next three batters.

The big inning for the Tigers came in the top of the third. Sophomore Emma Renchin started the inning off with a walk; she was moved to second after a sacrifice bunt from senior Mariah Poshumus. A ground out by sophomore Olivia Goodmanson would advance Renchin to third and she would finally be batted in on a stand-up RBI double from senior Dayna Edwards.

Senior Maddie Fjermestad would single and attempt to steal second. Her steal attempt lured the catcher into a throw, which moved Edwards across the plate and gave the Tigers a one-run lead.

Junior Taysha Sternhagen hit an RBI single to add another run before the inning would end. 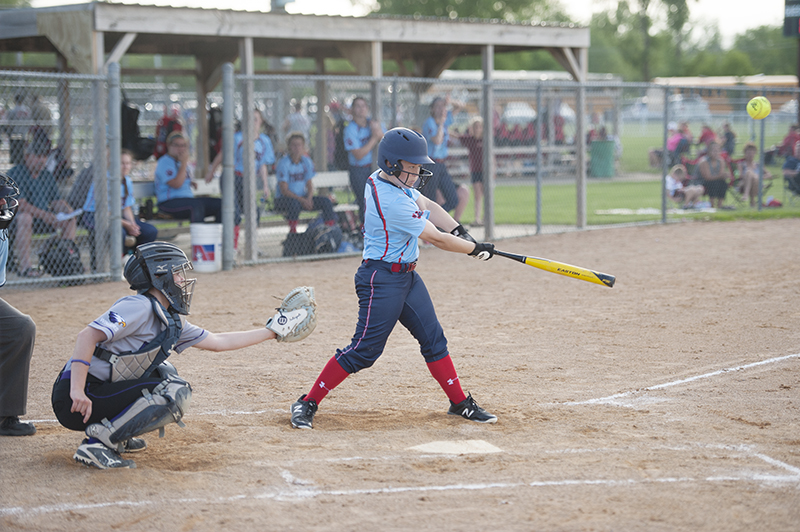 Albert Lea senior Dayna Edwards takes a swing in the third inning against Red Wing on Thursday night. The hit was an RBI double that would score the first run of the game for the Tigers. – Tyler Julson/Albert Lea Tribune

Albert Lea would gain momentum on the defense through the next couple innings, putting down six of the next seven batters. Red Wing would add one run in the fifth on a sacrifice hit, but Albert Lea still led 3-2 with just two innings remaining.

The Tigers had a golden opportunity after loading the bases in the top of the sixth, but unfortunately failed to cash in as they stranded all three runners on base.

The Wingers would capitalize on the opportunity in the next half inning, when they hit a homerun that barely snuck over the top of the fence. Goodmanson nearly made the spectacular play but was sent flipping over the outfield fence in pursuit of the ball. She returned to the game uninjured.

Now up by a score of 4-3, the Wingers would add one more after a passed ball to take a two-run lead into the seventh and final inning.

Fjermestad was able to reach base safely, but ultimately the Tigers would come up just short, falling in their final game of the season.

“The close games are always the toughest to lose,” said head coach Casey Kortz. “It’s tough when we only have nine girls, but it shows how hard these girls play and how bad they want to win. We played our best softball this week and we are all happy with ending our season on a high note. Seniors, we will miss you.”

The Tigers lose four seniors from this year’s team; Fjermestad, Posthumus, Edwards and Jenna Seavey each played an important role on the team. However, there has been a definite improvement throughout the entire lineup since the beginning of the year and with a host of returning starters, the future looks bright for the Tigers. 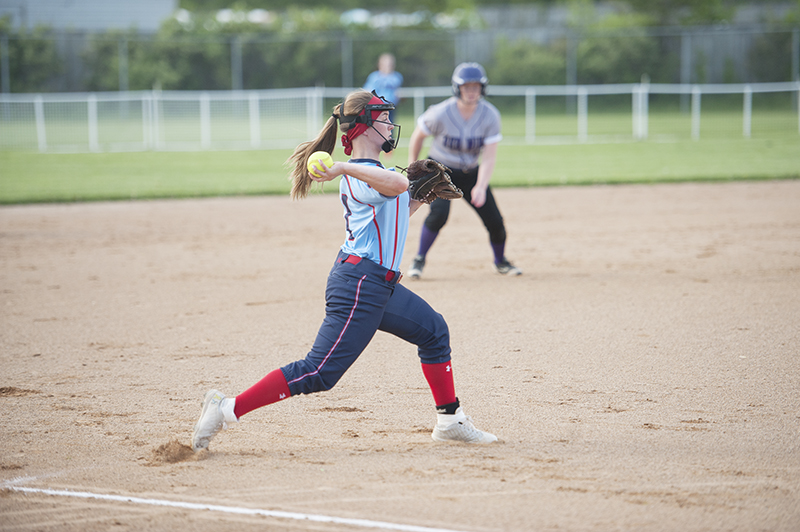 Albert Lea senior Maddie Fjermestad makes the throw to first to record the out against Red Wing on Thursday night. Fjermestad would go 2-4 from the plate in the 5-3 loss to the Wingers. – Tyler Julson/Albert Lea Tribune