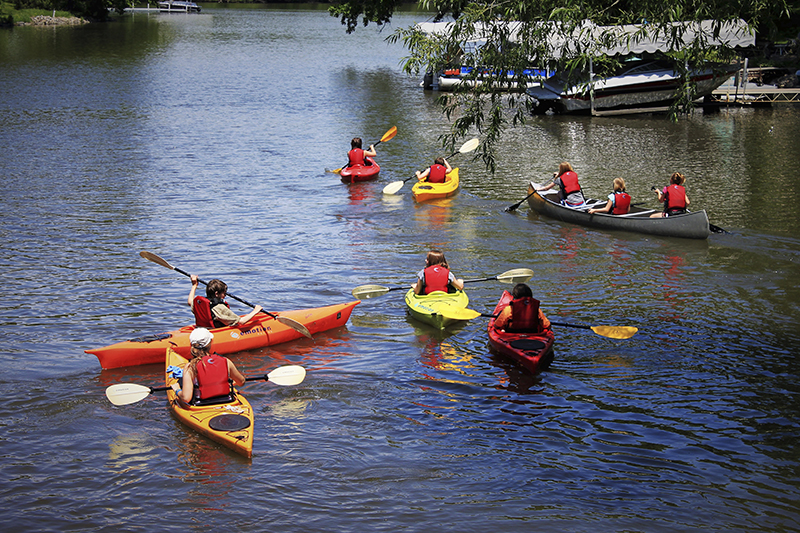 For the first time ever, the Paddling Film Festival is coming to Albert Lea.

Chalmers attended a Paddling Film Festival last year in Rochester, after which Community Ed sought funding to host the event in Albert Lea. The Lakes Foundation and the Shell Rock River Watershed District split the hosting fee as co-sponsors so that all proceeds from the event will go to support the Community Boathouse at Brookside boat landing.

The Boathouse is off the grid and seeking a solar system for charging iPads it uses for waiver systems, Chalmers said. The Boathouse​ is also seeking funds to develop a “soft” landing directly in front of the Boathouse. This would help minimize contact with motor boat landings and reduce the amount of time spent carrying boats in and out of the water.

The Paddling Film Festival will run from 7:15 to about 9:30 p.m. Thursday at Marion Ross Performing Arts Center, 147 N. Broadway in downtown Albert Lea. Tickets include a pass for the Brookside Boathouse during its opening weekend June 2 and 3. The films shown at the festival are geared toward ages 13 and up.

Chalmers said the festival is an opportunity to bring people together with “similar adventurous spirits.”

“These films could inspire some to set new goals or maybe it is a time for someone to reflect on challenges and adventures they have overcome already in their lives,” he said. “The Boathouse has proven there is an interest in getting on the water in Albert Lea — last year over 3,100 people went kayaking, canoeing and standup paddleboarding with Community Education.”

The festival will coincide with the first Thursdays on Fountain of the season, and the Albert Lea Community Band will play from 6 to 7 p.m. at Fountain Lake Park.

“This is (a) unique opportunity for our community to see many different types of water adventures from around the world,” said Lakes Foundation President Brian Hensley. “People are going to be amazed at what people can do in a kayak and where they are willing to go.”

“Community Education’s goal is to bring people to gather, discover, grow, and this film festival is an attempt to reach out to our community to share this common experience with others,” Chalmers said. “Hopefully we can continue to grow this festival and continue to inspire adventurous people in our area.

“Community Education is very appreciative of the Lakes Foundation and The Shell Rock River Watershed District for their support of the film festival and for their ongoing support of the community Boathouse and our efforts to get people involved with the wonderful paddling opportunities in our area​.”

How much: $15, and include a pass for the Brookside Boathouse during its opening weekend June 2 and 3. Group sales of 10 or more tickets are $10 each. Tickets are available online at albertleacommunityed.registryinsight.com, by phone at 507-379-4834 or at the Community Education Enrichment Office at Marion Ross Performing Arts Center.