‘We’re going to catch up’ 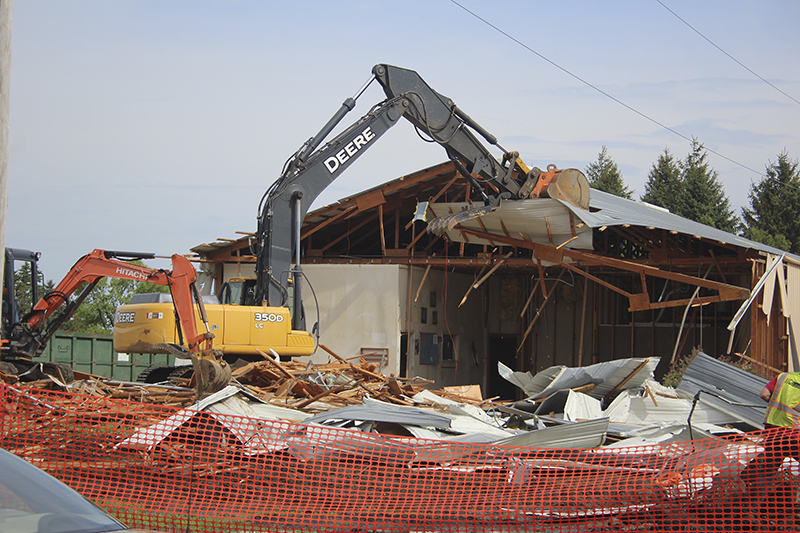 NORTHWOOD — The sounds of bending metal and splintering wood meant demolition — and construction — was well underway Wednesday at Northwood-Kensett High School, which, by Sept. 5, is planned to have a new HVAC system in the existing building installed and a completed new space for its industrial technology and agriculture classes.

Substantial completion of both projects is expected by Aug. 22, ahead of the Aug. 27 start date for the 2018-19 school year.

Demolition of the existing agriculture/industrial tech structure — which sits behind the high school — was delayed after testing showed asbestos present in the building, which Superintendent Michael Crozier said they did not think was present ahead of its discovery. According to May 10 Northwood-Kensett school board minutes, the board approved asbestos abatement, moving forward with Asbesterol Inc. out of Austin for a project not to exceed $75,000. Crozier’s estimate for the asbestos removal was a price tag of between $50,000 and $70,000.

Crozier said he expects finding asbestos in the old structure will not extend the work’s timeline. 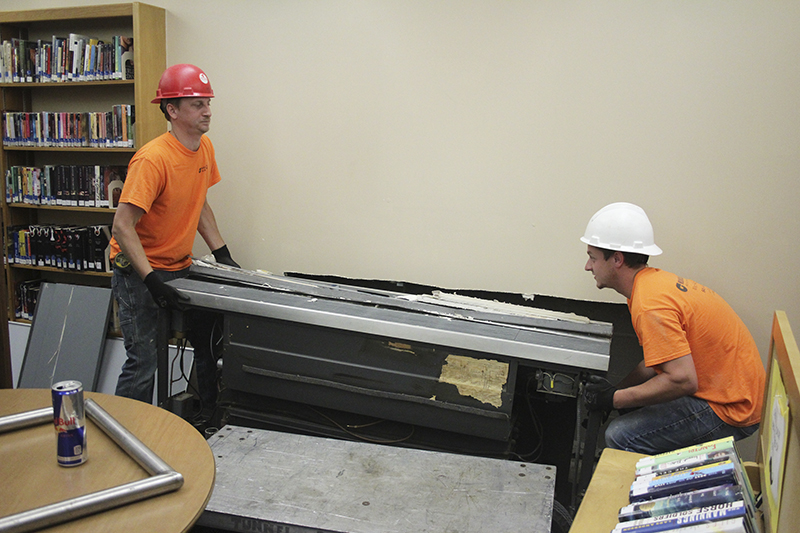 “It’s slowed it down a little bit, but we’re going to catch it up,” he said.

But it is an additional cost tacked onto a budget already exceeding the cost covered by a $5.9 million general obligation building bond passed by the community in September. Crozier said he expects, when all is said and done, for the work to cost over $7 million.

This includes $3.7 million for the HVAC project, awarded to Dean Snyder Construction out of Clear Lake, and almost $2.7 million for the demolition and addition, which is being handled by Moh’s Contracting out of Owatonna. Together with architect fees and others, the project cost came out to just under $7 million prior to costs related to asbestos removal and over excavation. Crozier said over excavation was allowed in the bid up to a certain point.

“Whenever you do a construction project, there’s always change orders involved,” he said.

As of Tuesday, Crozier said he did not know how much the over excavation would cost.

Crozier said part of the project’s higher cost was due to bids coming in higher than estimated, which he said is not unusual.

Costs not covered by the bid will be covered by funds from the Physical Plant and Equipment Levy and the penny sales tax, Crozier said.

However, using those funds now may mean waiting on others.

“It’ll slow us down on some future, future renovations,” he said of the cost of the current project.

Funds were earmarked for library and bus barn work. After this project is done, the bus barn may wait another year, Crozier said. The superintendent noted the two future projects would not utilize general obligation building bonds. 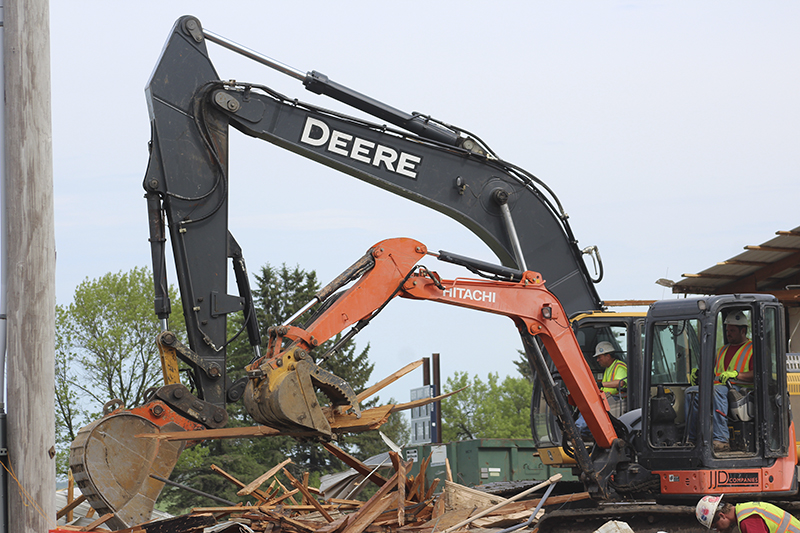 “It was nickel and diming us to death,” he said.

Northwood-Kensett High School Principal Keith Fritz said in an email that having the “industrial look and noise” while school was still in session was a challenge, but a necessary one to get the system replaced in a timely manner.

“The teachers, aides and kids were all patient and flexible when they had to share space with the construction workers, and the same was true for the workers,” he said.

Age was also a factor in replacing the school’s industrial tech and ag space, Crozier said. The building was built as a temporary fix for 10 years, he said. It has been around since the mid-1970s. Crozier said the building had water and poor air control coming through when it rained.

Additionally, the change will be a benefit for the school from a security standpoint. The school could not lock the building down during school days because of students coming in and out of the back entrance to access the separate building. The new agriculture and industrial tech spaces will be an addition rather than a separate building, glomming onto the high school behind the kitchen and connecting through the current back door.

The addition will be approximately 100 square feet less than the former building. Crozier said the layout of the addition should be a better use of space and would also omit some old equipment the school was not utilizing.

“It’s going to be outstanding for our students,” Crozier said of both projects. 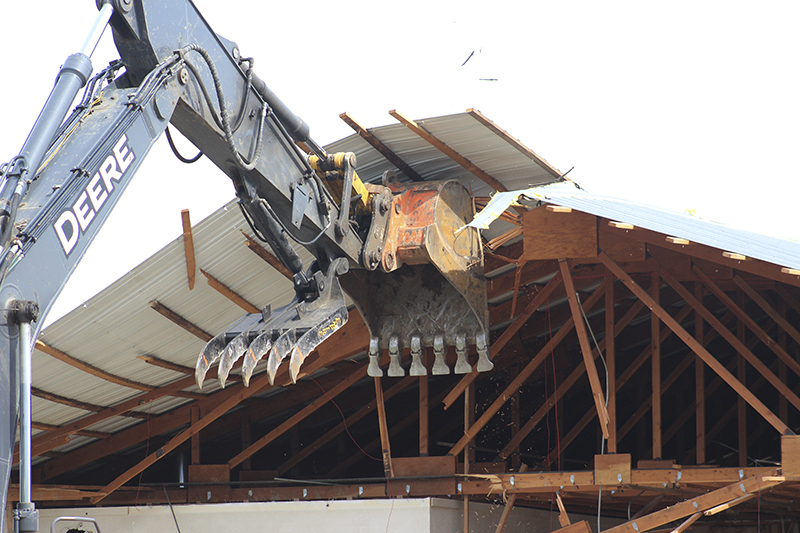 The excavator pushes the sheet metal off the roof of the building as it is demolished, to be replaced by an addition housing Northwood-Kensett High School’s agriculture and industrial tech education classes. – Sarah Kocher/Albert Lea Tribune