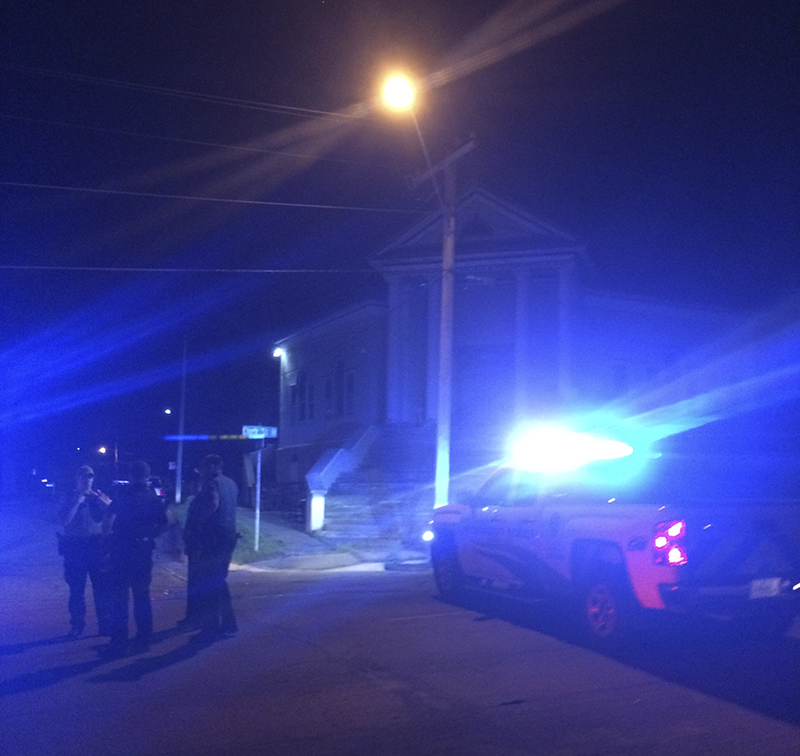 At least one person was injured Friday night after a shooting in the area of the intersection of Clark Street and Ermina Avenue. - Sam Wilmes/Albert Lea Tribune

A female was injured Friday night after being shot at least once in the back in the area of the intersection of Clark Street and Ermina Avenue.

The female, whose name, age and address has not been released, was taken to Mayo Clinic Health System in Albert Lea with injuries deemed not life-threatening, said Albert Lea Police Department Sgt. Steven Charboneau.

One male was detained and taken to Freeborn County jail on an investigative hold after the shooting, Charboneau said.

Charboneau said it was unknown whether he was involved in the shooting.

The name of the male has not been released.

The Freeborn County Sheriff’s Office and Minnesota State Patrol have been assisting on scene.