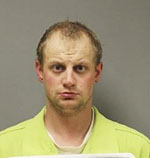 Police state officers were dispatched at about 9 p.m. Sunday to a robbery in progress at a residence on the 300 block of East Second Street. The suspects were reportedly known to the victims and had handguns in their possession.

The suspects were reportedly trying to flee in a white SUV when officers arrived on scene, according to police. Police attempted to make a make a traffic stop in the area of Fourth Street and Frank Avenue, and the suspect vehicle reportedly momentarily pulled over before fleeing.

Eisenmenger reportedly exited the vehicle as it was fleeing at the intersection of Seventh Street and Frank Avenue and was arrested. The vehicle continued south of Albert Lea and entered Worth County before returning to Minnesota.

Stop sticks were deployed in the Gordonsville area, disabling the vehicle and bringing it to a stop on Freeborn County Road 1 east of Gordonsville.

Police and Freeborn County deputies then arrested Allen and Viramonh without further incident. 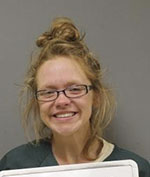 The Worth County Sheriff’s Office is requesting assistance with finding items from the chase.

The Sheriff’s Office requests people who live along the route to report suspicious items they find and immediately call the office at 641-324-2481. Residents are asked to not touch the items.

The items were reportedly thrown from the vehicle as it traveled residential streets in Northwood.

The Worth County Sheriff’s Office and Iowa State Patrol assisted in the chase.