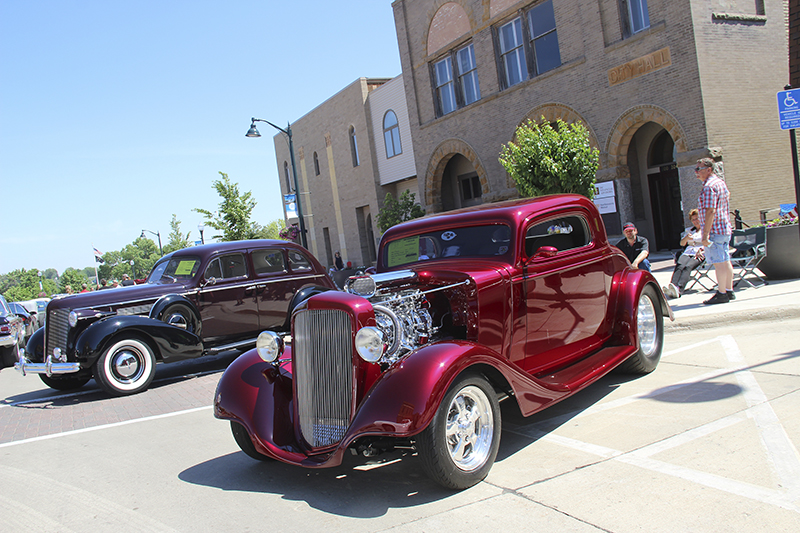 A Chevy 1934 three-window coupe owned by Richard and Loretta Springer was on display at the Eddie Cochran car show in 2017 on Broadway. Sarah Stultz/Albert Lea Tribune

If you’re looking to take a cruise Saturday, there is no boat required.

Instead, vintage cars will feature in the 12-mile route that starts and ends at the Freeborn County Fairgrounds.

It is just one part of a weekend dedicated to classic cars and, of course, Cochran. 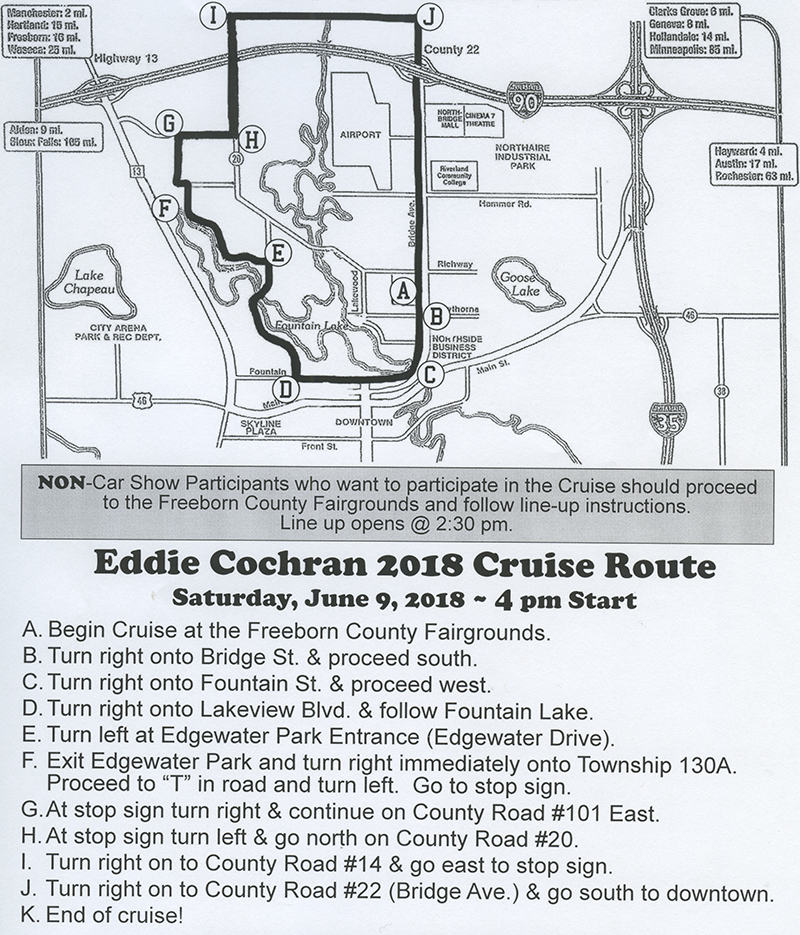 The car cruise begins at 4 p.m. and leaves from the Freeborn County Fairgrounds. The end of the cruise is at the same location as its start: letter A. Provided

Eddie Cochran was a musician and performer born in Albert Lea in 1938. During his life, he made musical waves in rock ’n’ roll, rockabilly, country and rhythm and blues.

He will be remembered through performances from The Johnny Rogers Show Friday and The Whitesidewalls Saturday. Eddie Cochran Weekend organizer Jerry Monson said both performers will play some of Cochran’s music.

Johnny Rogers will play two shows: one dedicated to country legends, and then, after a break to announce car awards, a rock ’n’ roll show. The legends of country show will include songs from Hank Williams Sr., Johnny Cash, Willie Nelson, George Strait and more, and his rock ’n’ roll show is billed as “Buddy and beyond,” also featuring Cash and Cochran. He will be performing at the corner of Clark Street and Broadway Avenue.

In addition to music from The Johnny Rogers Show, Friday’s events include a cruise-in social from 3 to 10 p.m. on Broadway Avenue downtown.

Saturday starts with a swap meet from 7 a.m. to 2 p.m. Monson said the meet could include items like car parts, vintage items, records and other things from the ’50s and ’60s. 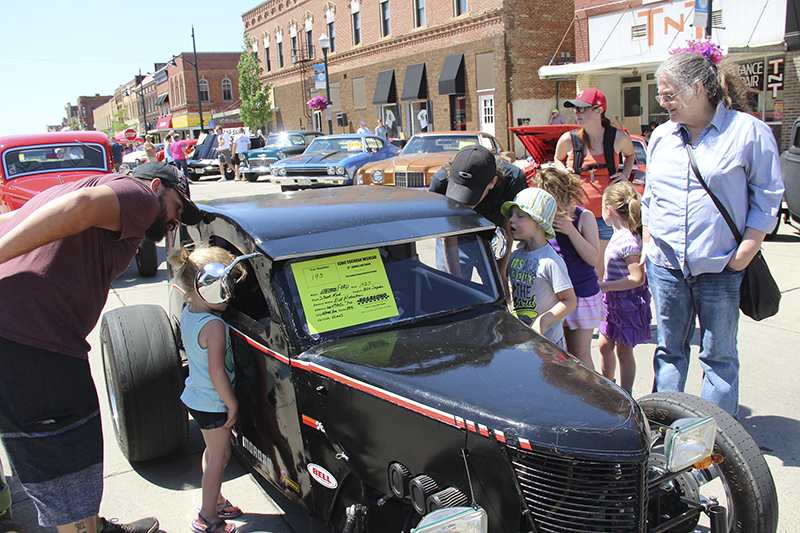 The Whitesidewalls will perform their rock ’n’ roll revue from 7:30 to 10:30 p.m. Saturday at Fountain Lake Park. For both nights of entertainment, the 112 on Broadway and the Albert Lea American Legion, along with other vendors, will supply food and drink.

The weekend winds down Sunday with a pancake breakfast hosted by the Cloverleaf Lions from 8 a.m. to 12:30 p.m. at the Fairlane Building at the Freeborn County Fairgrounds. Finally, United Methodist Church is hosting a 10 a.m. rock ’n’ roll service and an 11 a.m. picnic and car show, which will finish at 2 p.m.

Eddie Cochran Weekend is a fundraiser for the Freeborn County Historical Museum, Library & Village, which is open from 10 a.m. to 4 p.m. Friday and Saturday for reduced rates. The museum includes a display on Eddie Cochran, compiled from items donated by his family.