A heartbreaker of a game to start the season 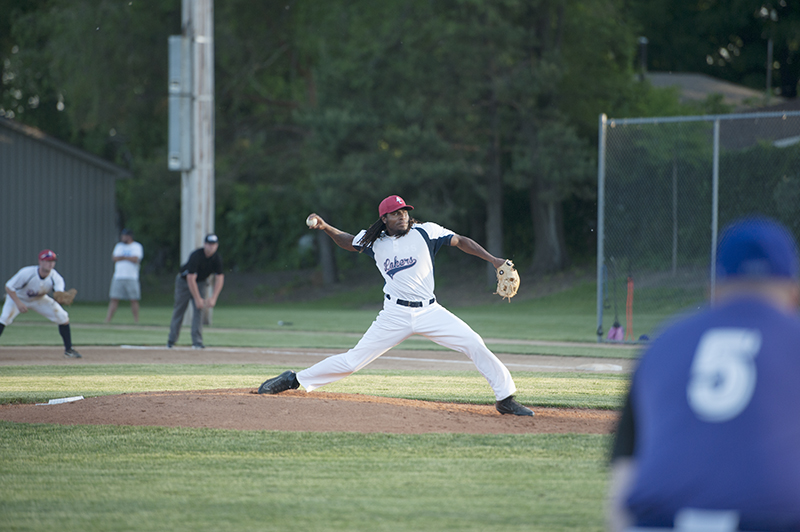 Ben Madison started on the mound for the Lakers on Friday night. Madison would pitch an incredible six innings, allowing only one hit and one walk, and would strike out 11. - Tyler Julson/Albert Lea Tribune

Despite early lead, Albert Lea Lakers fall to the Bandits

Despite taking a huge lead into the eighth inning, the Lakers were unable to finish the Bandits off, falling 10-7.

Albert Lea wasted no time scoring the first run of the game, pushing three across in the first inning.

Liam Spence led off with a single, followed by a walk from Mitchell Keeran. Noah Hemphill would then load the bases with a single. Two straight bases-loaded walks would put the Lakers up 2-0. L’Donta Howard and Thomas Krause drew the walks.

Zach Hutchison hit into a fielder’s choice, but batted in a run in the process.

Spence would add another run to the Lakers’ total with an RBI single in the second.

Starting on the mound for the Lakers was Ben Madison, who pitched a phenomenal game. Madison pitched six innings, allowing just one hit and one walk while striking out an astounding 11 batters. 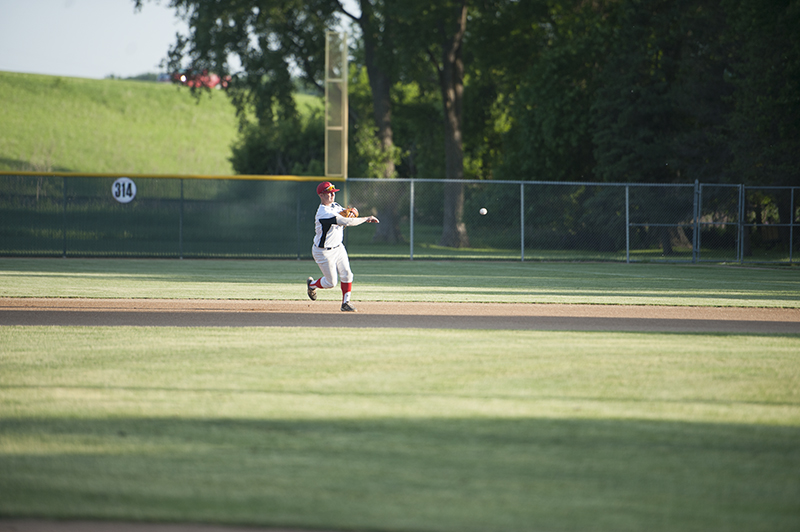 An Albert Lea second basemen throws for the out at first base Friday night against Bancroft. The Lakers would jump out to a three-run lead in the first inning. – Tyler Julson/Albert Lea Tribune

Both teams would go scoreless through the next three innings, until the Lakers found life again in the bottom of the fifth.

With two outs already on the board, Keeran hit a deep fly ball to center field for a double and Jack McCarthy would bat him in with the next at-bat with a monstrous ground-rule double. Hemphill would reach on an error, which also brought in McCarthy for a run.

Jesse Bloom would relieve Madison to start the seventh inning. He would pitch one inning for the Lakers, continuing their dominance on the mound by allowing just one hit, zero walks and striking out one.

Albert Lea would add another run in the seventh to take a commanding 7-0 lead with just two innings to play.

The Lakers would come apart defensively in the eighth inning, allowing the Bandits to take a lead-scoring eight runs in the inning. A series of walks, singles and a double that just snuck over an outfielder’s glove led to the eight runs for the Bandits.

Now in a one-run deficit in the eighth, the Lakers found themselves in a tough spot for the first time in the game. The Bandits would add two more runs in the eighth to take a 10-7 lead into the ninth.

Albert Lea was able to put a couple of nice at-bats together in the eighth and ninth, but couldn’t find a way to score.

The Lakers drop to 0-1 to start the season. They will be back in action Saturday when they travel to Bancroft to meet the Bandits once again. 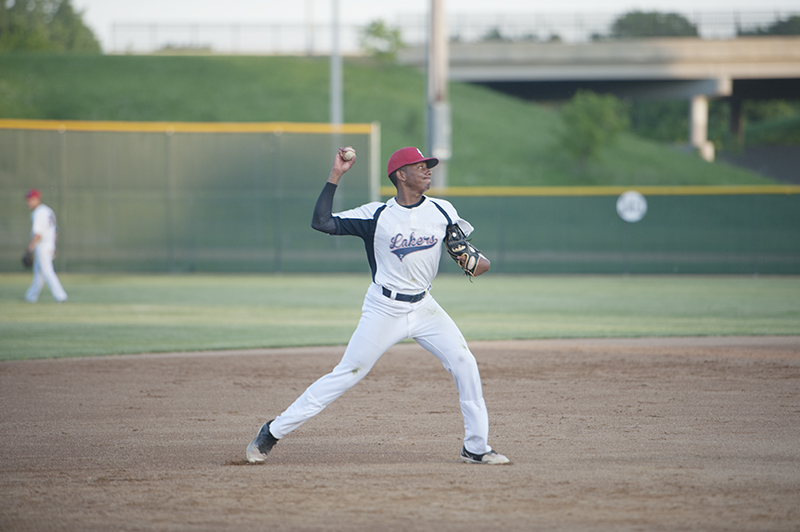 Noah Hemphill makes a throw to first for an out Friday night. Hemphill would reach base on an error in the fifth that brought the Lakers’ lead to six. – Tyler Julson/Albert Lea Tribune