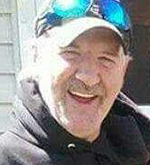 Alan was born Nov. 3, 1954, to Arnold and Adeline Biedermann at Naeve Hospital. He graduated from Albert Lea High School in 1973. He enlisted into the Navy after graduating high school. He served as a medic. He spoke fondly of his time serving his country. He was a hard-working man, working several different jobs to provide for his family. His most recently worked at Minnesota Corrugated Box prior to retiring. His greatest job, which was never a job to him, was playing in several bands with weekend gigs through the years. Woodkok Johnson was a highlight for Al “The Beat” Biedermann and the rest of his family.

On March 20, 1977, Al married his love, Patricia Biedermann (Shaw), and they had four kids: Christina, Anissa, Derek and Christopher — who passed in 1980 at birth.

Alan loved family, his kids and grandkids. He always wanted each one to know he loved them and was proud of them. Besides his family, his love was for music — even the country kind as he got older. He loved drumming and took pride in being able to play in the praise group at his church, Clarks Grove First Baptist Church, where he was baptized in 2016. He truly appreciated his church family. He loved to be outside doing anything. He found great peace being at scenic parks with his dog, Shadow.

He is preceded in death by his dad, Arnold Biedermann; infant son, Christopher; sister, Alayne; aunt and uncle, Inez and Donald Lutteke; and maternal grandparents Walter and Margaret Hensche.

A celebration of his life will be at 3 p.m. Saturday at Clarks Grove First Baptist Church. The family asks that if you have a favorite band T-shirt to please wear it to the service. Following the service, there will be grilling at the church with a potluck supper. Al loved a good potluck and cookouts. It would be much appreciated if anyone could bring a dish to pass; the family will provide the meat and tunes.