Another win for the Lakers 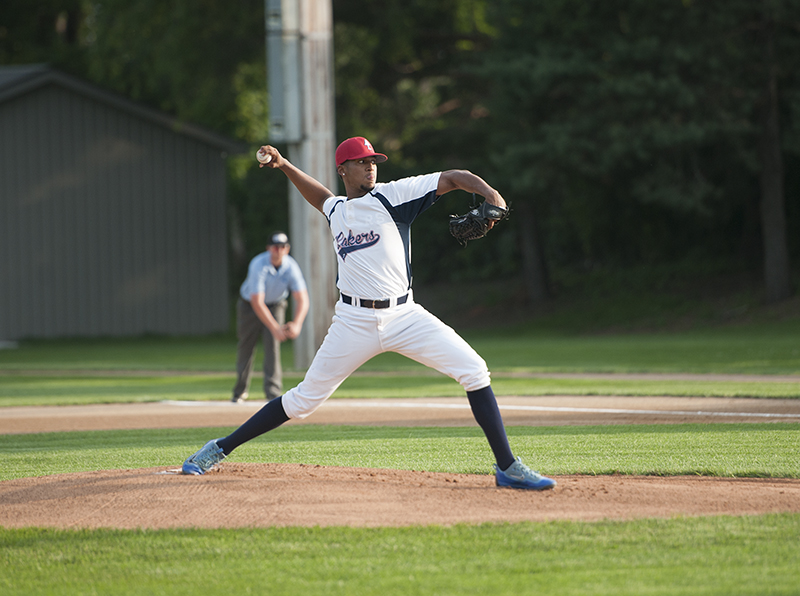 Coming into their game against the Peak of Ames Friday night, the Albert Lea Lakers were riding a gigantic wave of momentum as  winners of their last eight straight games.

Despite squandering an early lead, the Lakers rallied to take the lead right back and hold on to continue their winning streak, 6-3.

After starter Cesar Capellan struck out the first three Peak batters of the first inning, the Lakers came to the plate and knocked in the first two runs of the game.

Keanu Van Kuren and Noah Hemphill led off the inning with back-to-back singles. Jack McCarthy hit into a fielder’s choice, but it would be enough to bring Van Kuren in for a run. The second run came off the bat of Liam Spence on a two-out double.

The Peak loaded the bases in the second inning, but were unable to push any of the runners across to narrow the lead. The third inning went the way of the Lakers again defensively as they retired the first three batters. 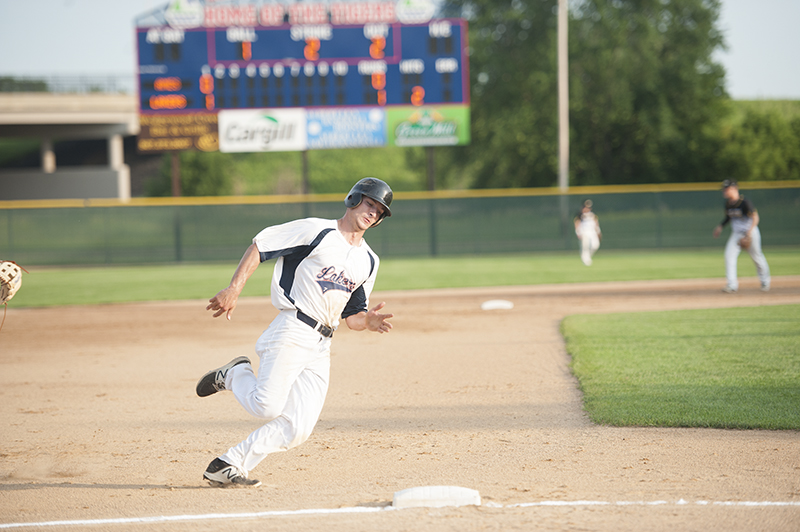 Jack McCarthy rounds third base on his way to a score Friday night against Ames. McCarthy also recored two RBIs in the 6-3 win over the Peak. – Tyler Julson/Albert Lea Tibune

Ames climbed back in the game by scoring two runs with two outs in the top of the fifth inning. However, Albert Lea responded by taking the lead right back in the bottom. A walk from Joey Ponder started the inning and it looked as though he might be stranded when the next two batters struck out. McCarthy had other plans, as he stepped up and hit a shallow single to right field, bringing in his second run of the night.

The Lakers were back to their strong defensive ways in the sixth inning — making the first two outs at the plate and the third when a base runner attempted to take second.

Albert Lea would add an insurance run in the bottom of the sixth after a two-out double from CJ Neumann brought Derek Burns in to take a 4-2 lead.

The Peak would make things interesting again in the top of the eighth inning, getting their first two batters of the inning into scoring position with only one out. One of the runs would score, but the other was left stranded at third to end the inning and any hopes of a comeback.

Burns hit a booming RBI-double and Ponder hit a shallow RBI-single to add another two runs to the Lakers total in the bottom of the eighth.

Capellan made the start on the mound for the Lakers, pitching six innings and allowing two runs on five hits and striking out nine batters. He was relieved to start the seventh inning by Jesse Bloom, who pitched one inning — allowing no runs on one hit and striking out one.

Anthony Contonio pitched 1/3 of an inning in relief, allowing one run on one hit. Robin Allen came in to finish off the game and record the save. Allen pitched 1 2/3 innings, allowing no runs on no hits, striking out four.

The Lakers improve to 14-2 overall this season and 13-2 in the Pioneer League. They will be back in action Saturday night when they travel to Bancroft to take on the Bandits. 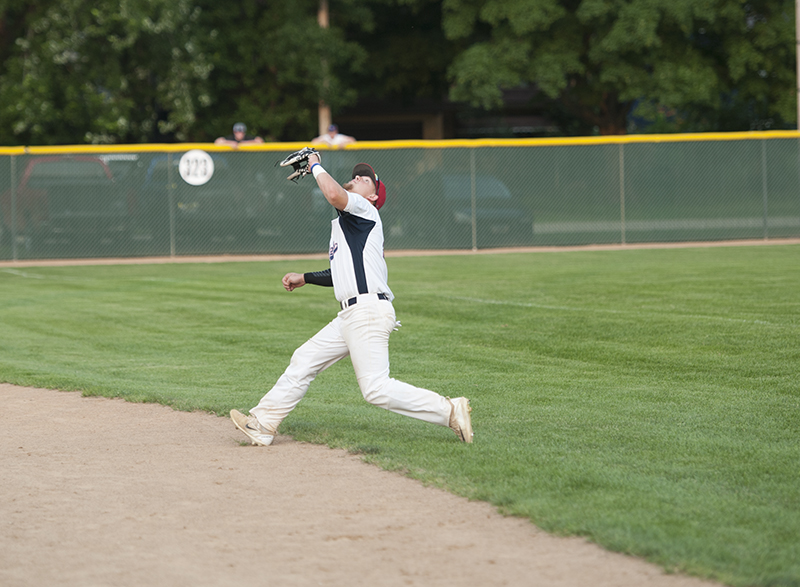