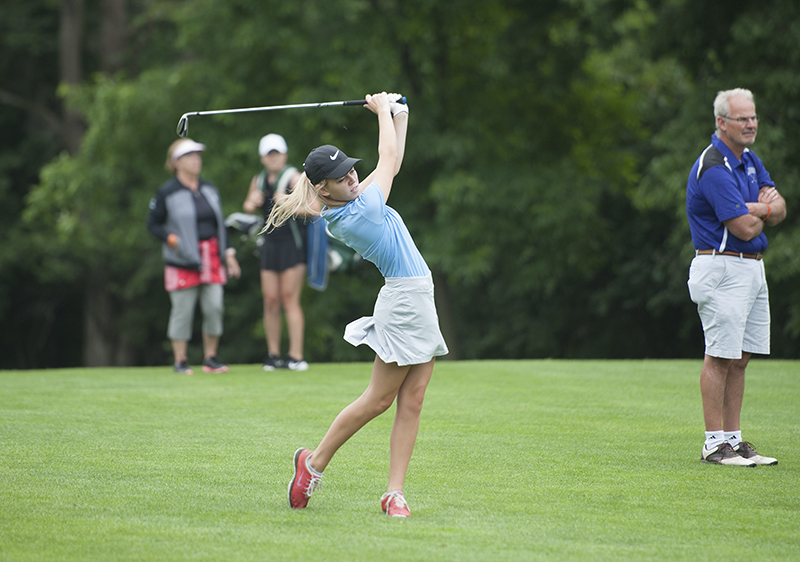 Albert Lea junior Emma Loch hits a shot from the fairway Tuesday afternoon at the Class AA girls' state tournament in Jordan. Loch would end the first round of the tournament with a 99. - Tyler Julson/Albert Lea Tribune

In the Class AA tournament at Ridges at Sand Creek Golf Course in Jordan, Albert Lea junior Emma Loch teed off in the eighth group of the day at 8:33 a.m. Loch started her round on the back nine, finishing with a 50 through her first nine holes of play. She would improve slightly during her second nine, shaving one stroke off to card a 49, bringing her first-round total to 99 and putting her in a tie for 69th place. 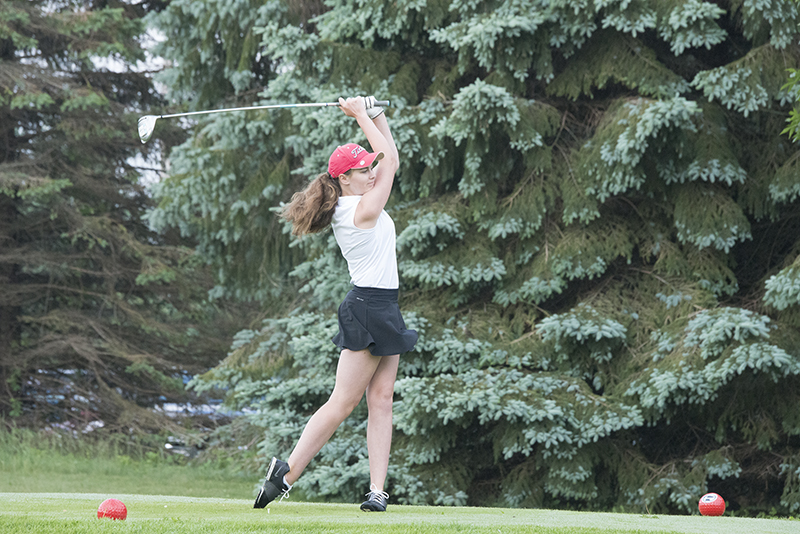 Alden-Conger’s Annika Riebe tees off on hole No. 1 during the Class A state girls’ golf tournament at Pebble Creek in Becker Tuesday. – Zach Stich/Albert Lea Tribune

Leading the girls’ Class AA tournament through the first round is Red Wing junior Sophia Yoemans, who shot an astounding 63.

Loch will tee off for the second and final round at 7:30 a.m. Wednesday.

Pyzick started her round with a 54 on the first nine and a 48 on her second nine, bringing her round total to 102. Her score has her tied for 51st place after the first round, 26 strokes away from the leader. 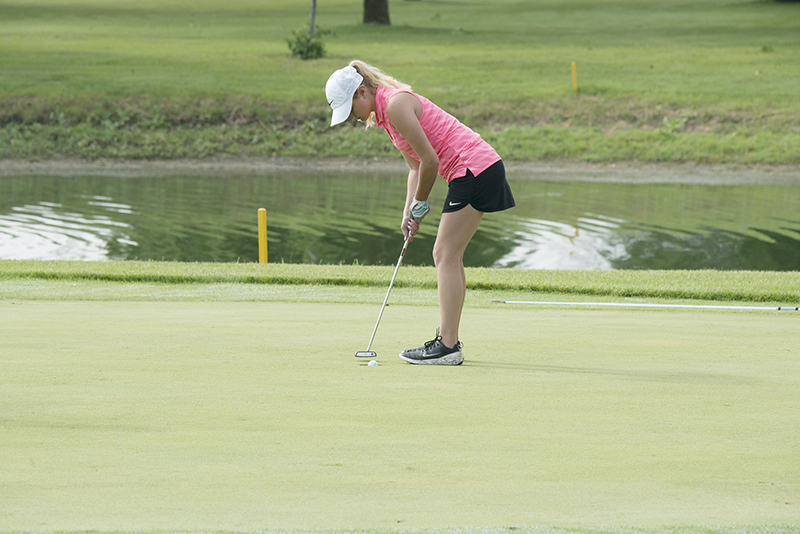 Riebe had a rough go of it during her first nine holes of the tournament, carding a 61 — placing her near the bottom of the leaderboard. However, she responded with one of the biggest turnarounds of the tournament, cutting 11 strokes off through her second nine, scoring a 50. Her round total of 111 has her tied for 75th place.

Two girls are tied at the top of the leaderboard in the Class A tournament. Park Christian junior Emily Doeden and Lac qui Parle Vally sophomore Rachel Halvorson each scored a 76 during the first 18 holes of play.

Riebe will start her second round at 7:30 a.m. Wednesday, followed by Pyzick, who is scheduled to tee off at 7:39 a.m.

Follow @altribunesports on Twitter for updates throughout the day and check back with the Tribune for more coverage and results as they become available. 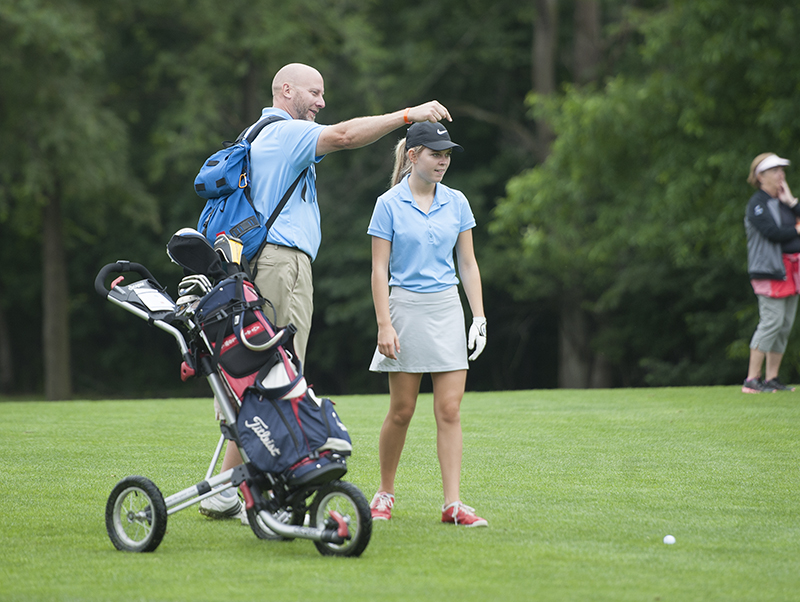