Police are asking for the public’s help with information on a man suspected of stabbing another person Saturday night in Northwood. 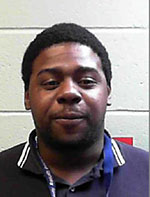 The suspect, Trapp Leroy Trotter Jr., 31, is described as being a black male, 5 feet 8 inches tall and weighing 289 pounds with brown eyes and black hair, according to authorities.

In a press release Sunday night, the Worth County Sheriff’s Office advised anyone who sees Trotter to not approach him, as he is considered armed and dangerous.

The victim in the stabbing was taken to Mercy Medical Center by Mason City ambulance after sustaining injuries deemed not life-threatening, according to the Sheriff’s Office.

Anyone with any information on Trotter’s location is advised to call the Sheriff’s Office at 641-324-2481.

Charges are expected to be filed in the stabbing. Look to the Tribune for more information as it is released.