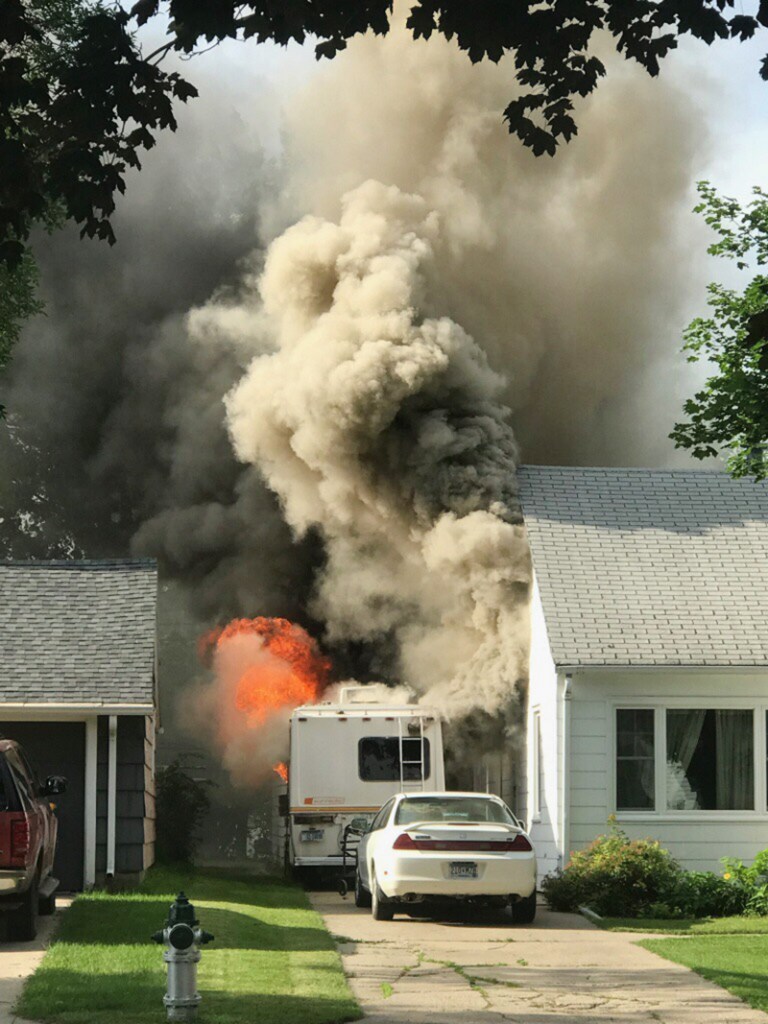 Flames and smoke shoot out of a camper Thursday evening at 205 Giles Place in Albert Lea. The fire burned the west side of the house at the same address. - Photo courtesy Hanna Schilling

Upon arriving, Albert Lea firefighters and police reportedly saw smoke and fire coming from the camper parked in the driveway between the residence and a neighbor’s home, burning up the side of the house, according to a press release.

Crews then extinguished the fire. Power was cut to the residence due to fire damage.
There were three people home at the time of the fire, but no injuries were reported.

The owners reportedly indicated they were in the home and in the camper at 5:30 p.m. when the lights began to flicker. Shortly after, they noticed smoke coming from the camper.

The camper was destroyed in the fire. Minor damage was sustained to the home, according to the Albert Lea Fire Department.
An investigation reportedly showed the fire was possibly due to an electrical short in the camper.

The Fire Department and law enforcement cleared the scene at 8 p.m., the release states.

Online property records list Barbara Tope as the primary taxpayer of the address.