City encourages residents to get out into the community 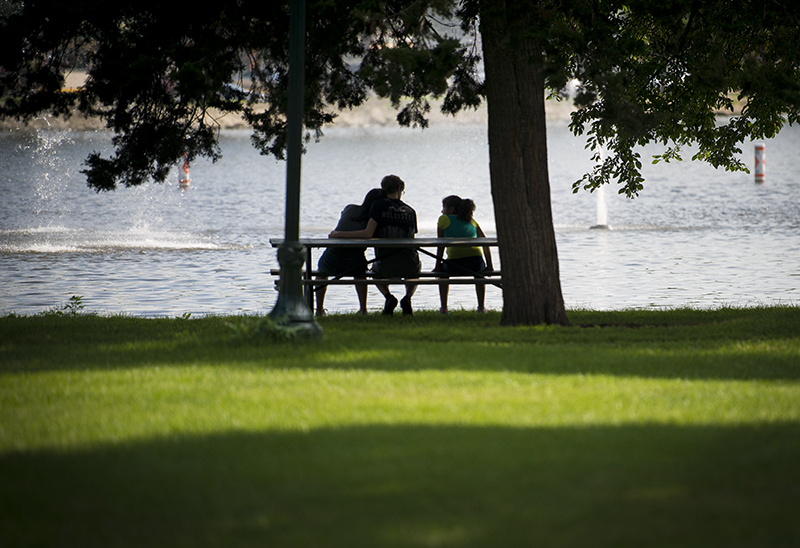 The city of Albert Lea is encouraging people to get outside by trying to remind residents how easy it is to walk and bike in the community. - Colleen Harrison/Albert Lea Tribune

The city of Albert Lea is trying to remind residents about how easy it is to walk and bike in the community.

The city recently installed scannable stations at five high-traffic locations to alert pedestrians about how close community destinations are for pedestrians. The signs are at Brookside Boathouse to show walkers and bikers the distance to the splash pad; Fountain Lake Park, explaining the distance to the dog park; one in the area of Hayek Field, directing people downtown; city pool pointing people downtown; and Memorial Park directing people to the pool.

The campaign was rolled out earlier this week on Facebook. Scans made at the locations will be gathered on the city’s website and could be used when the city applies for grant funding.

Assistant Albert Lea City Manager Jerry Gabrielatos said implementing the signs is one way the city is trying to ensure the full potential of the city’s Blue Zones designation is reached, noting they are an attempt to make people aware of how accessible community destinations are for pedestrians.

Gabrielatos said there are 30 public and private parking lots available in addition to on-street parking. 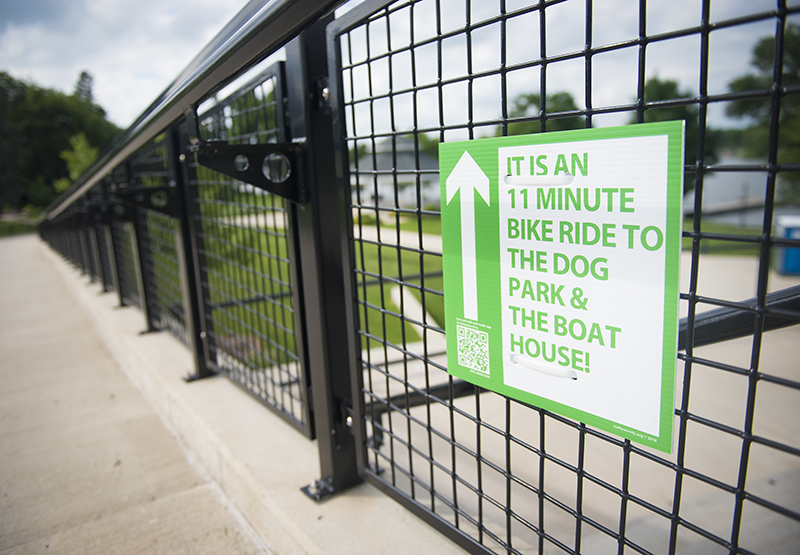 “When you start thinking about all the space that we have absorbed for cars, is that the best use of space?” he said.

The city plans to commemorate Parking Day Sept. 21 by using the parking lot underneath the downtown water tower for another purpose. Gabrielatos said there will be a community discussion on the future of the parking lot as the water tower is planned to be torn down in the next five years. He noted there is no plan to turn any parking lot into a different use.

“One of the things that I have heard sort of off the cuff has been that there is not enough parking, and if you look at that map that is on the (city’s) webpage, it looks like there is a lot of parking,” Gabrielatos said.

He noted data has showed the temperature in Albert Lea is higher than outside the community because of the number of impervious surfaces. He said the campaign highlights the investment the city has made in its infrastructure.

“We’ve invested a lot of money as a city in the infrastructure, and I think it is important that we highlight it so people use it,” Gabrielatos said.

Kehr said she is confident the new initiative will be successful “because our past efforts have been successful.”

“When you start thinking about how easy it is to get to some place by walking or biking, you might be more inclined to do that, and that’s better for health,” Gabrielatos said. “It’s one less car that comes into downtown, it’s one less car that gets used. Moreover, walking and biking in Albert Lea is a nice thing to do.

“We’ve got a beautiful community, and it’s a nice way to showcase it.”