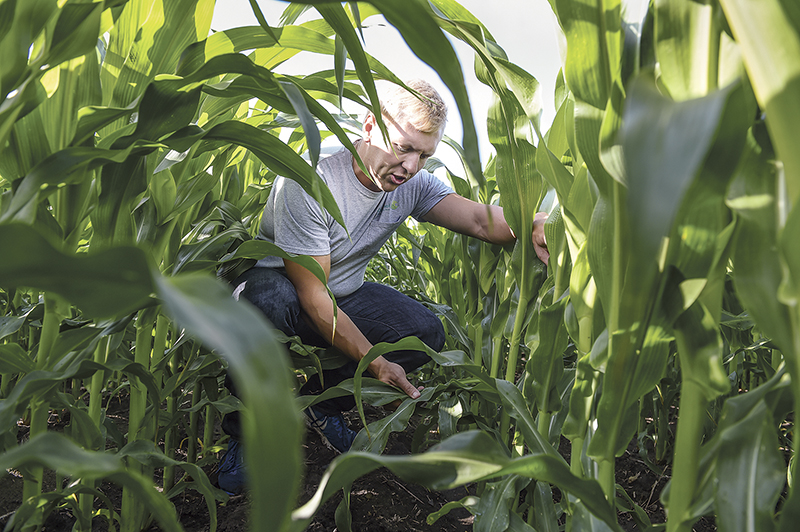 Nick Schiltz talks about how healthy the corn crops are developing so far this year. - Eric Johnson/Albert Lea Tribune

Despite the western part of Minnesota suffering setbacks caused by heavy rains and late spring snow storms, corn producers in the southeast region said they are still somewhat on track for their crops this season.

Nick Schiltz, Riverland Community College agricultural science instructor and program coordinator for the Center for Agricultural and Food Science Technology, had also been concerned about his own corn crops on his family’s Glenville farm that were planted later than usual. However, farmers in the region were still able to put the seed into the soil in what Schiltz considered to be a “treacherous” year.

“The weather delayed us and became undesirable to plant,” Schiltz said. “We can control certain factors, but not the weather.”

An April blizzard, which was then followed by cool weather temperatures, made for a late start for planting season. According to the Minnesota Corn Growers Association, 40 percent of corn planting was finished in the week leading up to May 13, which compares to the five-year-average of 65 percent planted by that date. 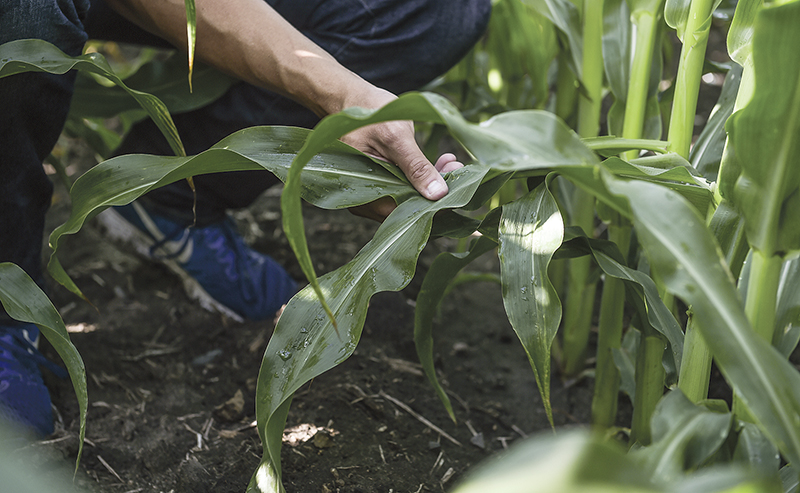 Nick Schiltz shows off a healthy corn leaf in one of his fields near Glenville Friday morning. – Eric Johnson/Albert Lea Tribune

A report released by the USDA’s National Agricultural Statistics Services earlier last week, stated that the wet weather across a large segment of southern Minnesota limited the state to a little more than three suitable days for field work during the week of June 24. Schiltz said those activities included side-dressing corn, applying herbicides and baling hay. This season was “very frustrating” for many corn producers, Schiltz added, noting the excessive moisture in the ground also posed as a threat to corn plants by reducing oxygen for microbes existing in the soil, and thus decreasing nutrients for the young corn crops.

“There’s a saying ‘knee high by Fourth of July,’” he said. “Even though we planted later than the ideal time frame. It’s been very frustrating, but the warmer temperatures made up for the lost time. There’s been a positive correlation with warmer weather that’s conducive for plant growth and development. We’re a little bit ahead, or around average.”

The excessive rains had posed an additional challenge for field work. He’s hoping that a dry period to draw the extra moisture from the soil could help farmers with maintaining their crops, as opposed to the western part of the state where many segments of field crops had to be replanted after suffering extensive damages from storms. Farmers now are hoping that the weather will hold. 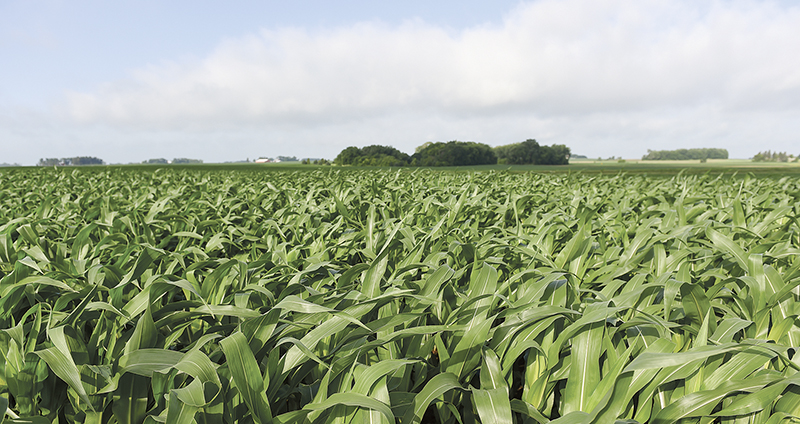 Despite a dicy spring, corn crops in southeastern Minnesota seem to be coming along well. – Eric Johnson/Albert Lea Tribune