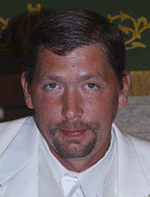 He attended Albert Lea schools and then began working in construction. He was a skilled craftsman and enjoyed building things. For the past two years he worked at Alamco Wood Products in the finishing department.

He married Nickolena Whelan on Aug. 13, 2011, at First Lutheran Church in Albert Lea. Family, the outdoors and his pup, Doge, made the A list for Cory. He loved being outdoors, camping, fishing and sitting by the fire. Spending time with and being there for his family were the most important of all.

He was preceded in death by his father, David Johnson; grandparents Casper Jacobs and James and Ina Johnson; uncle, David Sorenson; and mother-in-law, Jennet Lorentzen.

“You could always count on Cory to be there for you, our world will never be the same,” his family said.