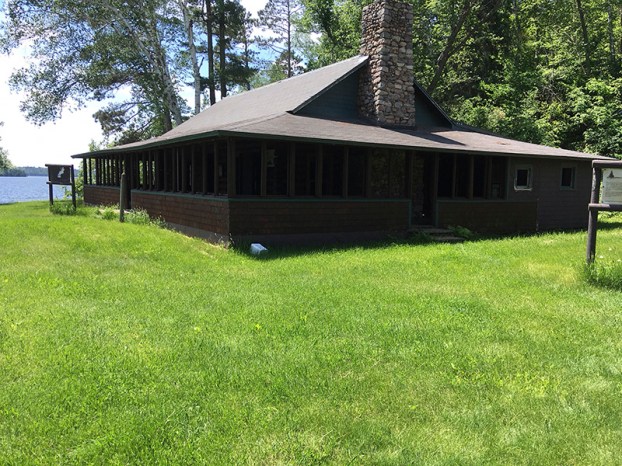 Pictured here is the main lodge on the Joyce Estates where David and Beatrice Joyce entertained guests. It served as the central dining and socializing area. - Provided

A week ago this Saturday, my wife Jean and I returned from a week of vacation with most of our family. We had a lot of fun, and although I didn’t fish as much as I normally would have, this week was all about family and enjoying the time. We spent a lot of time working on things that needed doing. My son Brian gets a week of vacation in the summer, so he had made a list of things he wanted to get done. We all chipped in and mowed, weed wacked and cut up firewood. We also put the dock in and put up a deck down by the lakeshore. Probably the most important thing was building three sections of steps going down to the lake. There is a steep incline leading from the top to bottom and those steps eliminated a lot of hard work.

There was still plenty of time to fish and do other things, so it was not totally a working vacation. Brian and my grandson Grant and I fished our lake, and while Brian and I caught quite a few bass, Grant found the sunfish and was bringing them in at a steady pace. 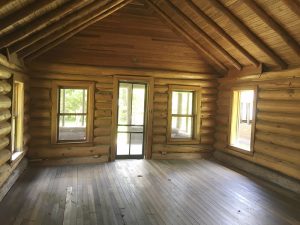 This is a picture taken of the living main living area on the inside of the Joyce cabin. – Provided

Our first great adventure of the week was to visit the Lost 40, which I had mentioned in my previous column. I was totally impressed with this piece of our Minnesota heritage. The hike through this impressive piece of our heritage actually wasn’t that bad except for the mosquitoes, which is why they make insect repellent.

On one afternoon, my daughter-in-law Kim got everyone (but me) to go on a kayak and canoe trip on the Bigfork River. I am no longer a canoe/kayak kind of guy, so I stayed back and did a little work and a lot of relaxing. Jean rode in the canoe with Brian, while the rest took kayaks. She really enjoyed it and said it was a beautiful trip.

On Friday, Kim got all of us to go on a hike to an Itasca County landmark, mainly the Joyce Estate on beautiful Trout Lake, north of Grand Rapids. Now I have to say that I was a bit skeptical, but she said it was a couple mile hike through the woods, so I decided to tag along. There was no paved trail, it was just a trail cut through the woods. I can attest to the fact that it was indeed uphill most of the way there and what I thought was a two-mile round trip was actually three miles — one way! It was pretty warm out that day, and although the mosquitoes weren’t bad, the deer flies were annoying. I suppose that as fast as I walk they considered me easy pickings.

I’d like to tell you that I totally enjoyed the walk every step of the way, but I don’t classify a three-mile hike (mostly uphill) as enjoyable. Once I got to this landmark, I almost forgot about the three miles that I had to go to get back to the parking lot, but it was mostly downhill.

The Joyce Estate is possibly one of the state’s most unique historic resources. Yet few people have heard of it, and even fewer have seen it.  The estate remains remote and nearly inaccessible and has been surrounded by a certain mystique since it’s construction.

Located in Itasca County, the Joyce Estate consists of an extensive tract of land including 4,500 acres of forest, 11 lakes and 26 miles of shoreline.  The focus of the estate is an impressive collection of rustic style buildings which served as a summer retreat for David Gage Joyce of Chicago. Heir to a vast fortune, partly derived from lumbering operations in the area, Joyce had the financial resources to plan his resort on a grand scale. Construction of the complex began in 1917.

To say that I was impressed with this place would be a gross understatement. It is hard to imagine the work that went into building such a place this far removed from what you could call civilization. I don’t regret at all taking the long six-mile walk to see this unique piece of Minnesota history.

Until next time, if you ever plan a family vacation in northern Minnesota it would be worth your time to take that hike through the woods to this landmark, which is now a piece of our heritage.

Dick Herfindahl: Enjoying a Minnesota summer up at the cabin

Woods & Water by Dick Herfindahl   This week I am happy to be writing my column sitting at the... read more