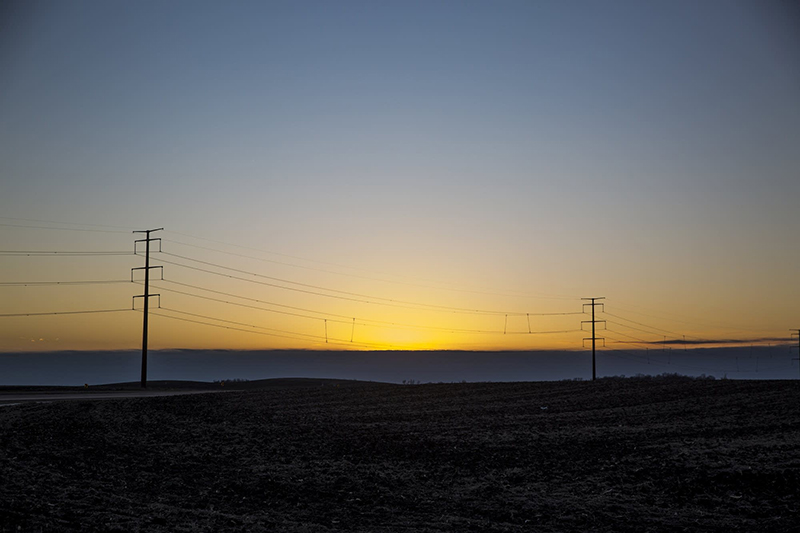 The sun sets over a farm in Vesta in December. - Evan Frost/MPR News

Southwest Minnesota soybean Farmer Bob Worth has lost three friends and fellow farmers to suicide in the last year.

He believes financial stress had a lot to do with it.

“I mean this is like the fourth year of depressed commodity prices, so it is really starting to eat on people,” he said.

After several tough years of prices near or below break even, the economics of the farm sector may soon get worse because of international tariffs.

China, the largest buyer of U.S. soybeans, and Mexico, the largest importer of U.S. pork, are threatening tariffs that would likely choke off demand for those farm products and drop prices further.

Worth said it’s another unknown farmers face, and another stressor.

“We got people who are fifth- or sixth-generation farmers who may lose the farm. They are thinking they let their ancestors down,” he said.

Worth urged farmers not to ignore their own distress.

“Please don’t think that it is just the times. There’s help out there,” he said.

But Minnesota’s farmers could use a lot more help when it comes to mental health resources, according to the state’s Rural Mental Health Counselor Ted Matthews.

The 71-year-old said he is the only counselor at the Minnesota Department of Agriculture dedicated to farmers’ emotional wellbeing.

He works with farmers across the entire state free of cost. His service is available thanks to funds from the Minnesota Legislature.

Matthews said he had hoped he’d get some help this year to create another position like his. But Gov. Mark Dayton vetoed the legislation with that funding last month.

“There’s so much that could be done if we had more staff but just can’t get it done and frankly, I’m old so I can only do this so long,” he said.

Matthews started holding workshops around the state this year called “Down on the Farm.” They were designed to help people working in and around agriculture recognize and respond to symptoms of anxiety and depression.

Matthews said that funding has now dried up, too. But the need for help hasn’t.

The Centers for Disease Control and Prevention said research indicates financial pressures are not the only factor behind elevated suicide rates among farmers. Exposure to pesticides might affect the neurologic system and contribute to depressive symptoms. There’s also the issue of social isolation, lack of access to mental health services and a reluctance to seek them out.

“Farmers are a unique breed, we like to keep a lot of our things to ourselves,” Worth said. “And that is what is causing a lot of issues. You’ve got to learn to talk — you can’t hold it inside; you’ve got to talk.”