Harold E. Lechner, 86, of Austin passed away Friday, June 15, 2018, at St. Mark’s Lutheran Home in Austin. Harold Edward was born at home on June 7, 1932, in Freeborn, to George and Cora (Peterson) Lechner. Harold attended Austin schools through the ninth grade, then began working as a farm hand for Bill Lyle. 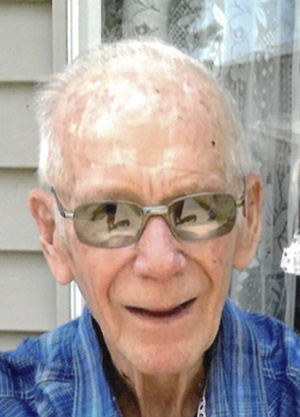 In 1957, Harold married Lucille Olson at Oakland Lutheran Church. Harold entered military service in the United States Army on Nov. 20,1957. He was stationed for 14 months at Ft. Bliss Army base in El Paso, Texas. It was there that Harold met another army recruit by the name of Elvis Presley and had the opportunity to visit with Elvis during Elvis’s two weeks on the base.  Harold was later stationed at Fort Chaffee Maneuver Training Center in Fort Smith, Arkansas. He then was moved to Fort Richardson in Anchorage, Alaska, where he was honorable discharge from his military service on Jan. 21, 1959. Harold returned home to be with Lucille. The couple was together for 25 years and had one daughter, Brenda. They later divorced.

When he returned home, he began driving semi for Red Owl. He was able to rent farm land and also began farming at that time. Harold later drove semi for Jensen’s Transport, then Barry Jacobson Trucking in Albert Lea. Harold had an opportunity to move into his mother’s house, in Oakland and continued to farm. In 1982, he quit farming and resumed his trucking career until his retirement. During his retirement, Harold worked in maintenance at the Cedars of Austin. He enjoyed collecting John Deere tractors and showing his tractors at the Mower County Fair.  Harold was a longtime member of Oakland Lutheran Church, and a member of the Austin Fraternal Order of Eagles Aerie 703.  He also enjoyed showing his 1955 and 1968 Ford Mustangs.

He is preceded in death by his parents George and Cora Lechner; brothers Dean Lechner and Earl (Beverly) Lechner; and sister, Joyce Zech.