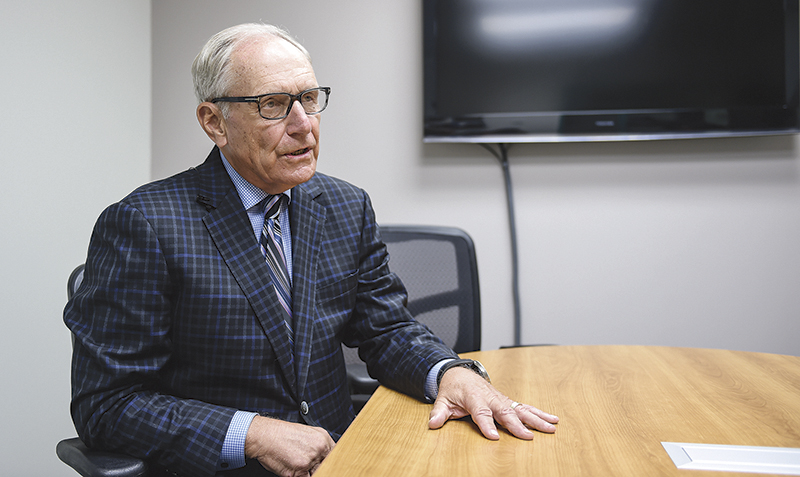 AUSTIN — The Hormel Foundation’s announcement on Wednesday afternoon can change the future for many prospective seniors.

“This is by far one of the biggest initiatives that is taking place, in the history of the foundation,” Ray said. “This fits in perfectly into one of three pillars, which is education and supporting the community and The Hormel Institute.”

For the last few years, a lot of work happened behind the scenes to roll out this opportunity, and making sure that the program would be feasible and sustainable, according to Austin Public Schools Superintendent David Krenz, stating that there were two big challenges that prevented students from being able to go onto receiving post-secondary education or obtaining certification for trade jobs: money, and support.

“We’ve hashed out many ideas over the years to make sure (the program) is right,” Krenz said. “We’re not at the finish line per say, but with the commitment from the foundation the program is going to happen and we will always try to make it better. The key is providing that opportunity and eliminating the idea that ‘money is an issue’ off of the table. We are excited to help support students from Austin High School and Pacelli Catholic Schools to attend Riverland on these scholarships.”

In a few years after the program is implemented, The Hormel Foundation will re-evaluate the program’s success and impact, but plans to see this program continue “in the foreseeable future,” Ray added.

There were several different components and criteria that students must meet before being eligible to attend Riverland on full scholarship, such as having attended the Austin High School since freshman year. However, for students who move to Austin after freshman year can still be eligible for prorated amounts of money toward their tuition at Riverland upon graduation from the district, according to Krenz, as well as meeting other criteria such as possible community service hours, minimum GPA and more.

Jean McDermott, president of Pacelli Catholic Schools, shared that she and her staff were thrilled at the prospect of being able to provide a pathway for their students to also be able to attend Riverland through the Assurance Scholarship Program.

“We’re always so grateful for the opportunity,” McDermott said. “The Hormel Foundation always has the best interest of Austin and our families at heart, and they’re continuing to look at ways of supporting people living in our community. As always we are extremely grateful. I am extremely grateful.”

Ray said that Austin students are eligible for free tuition at all three of the Riverland Community College’s campuses, including the ones in Albert Lea and Owatonna. It’s also important to note that students who are currently at Riverland Community College and were a previous Austin High School or Pacelli High School senior in 2018, would also be “grandfathered” into the program during their second year at Riverland, which will be implemented in fall 2019. Students would also be able to receive up to a $1,000 for textbooks and materials each year, further cementing the commitment to providing an opportunity for students, who may not have otherwise been able to afford going ahead in obtaining a post-secondary education.

“We wanted to eliminate as many roadblocks as possible,” Krenz said. “It’s about helping students to go onto post-secondary education, and they have to understand their commitments to this too. There are many ways to get that scholarship.” 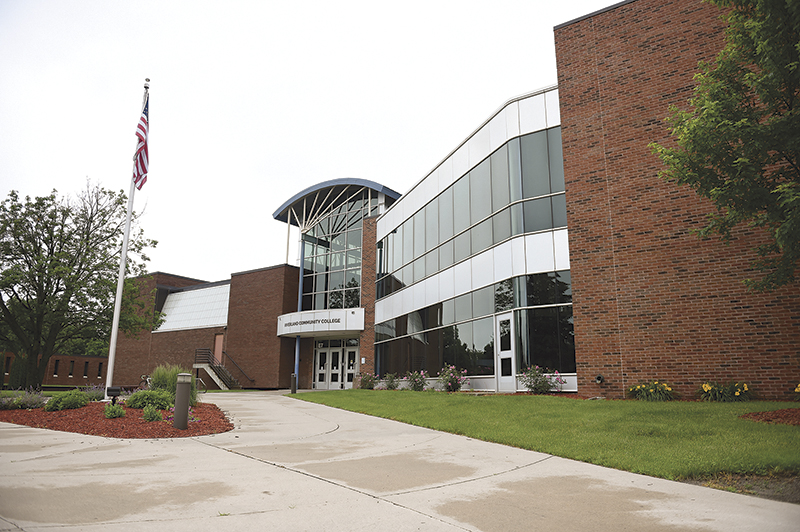 It was announced Wednesday that The Hormel Foundation, in conjunction with Austin Public Schools and Pacelli Catholic Schools, has established a program that will allow students of those schools to attend Riverland tuition free. – Eric Johnson/Albert Lea Tribune

‘They have to earn it’

Around 300 students this past year graduated from Austin Public Schools, and account for about 40 percent of enrolled students at Riverland, according to President Dr. Adenuga Atewologun.

The announcement of this scholarship would meet several goals that college wanted to meet: to help boost student enrollment, improve retention and help close the achievement gap, Atewologun said, and thanked the many people working behind the scenes to launch the scholarship program.

“I am smiling ear to ear,” he said. “I am jubilated and exhilarated about what this is going to mean for our community … this could help students discover the quality of life for themselves and their future families by staying in the region, and boost regional workforce, economic vitality and retention of population in our region.”

The Assurance Scholarship Program would not just be limited to students who are just out of high school either, rather it’d be for those who entered the military and returned within a specified amount of time, and they’d be covered under the scholarship, as long as they graduated from Austin High School or Pacelli Catholic Schools, Atewologun added.

However, the Riverland president cautioned students that just because this opportunity was now available, doesn’t mean they’re completely free to take the scholarship without some responsibility and not take for granted the chances they’re given.

“It’s not just a ‘handout,’” he said. “It’s meant to encourage students to complete and graduate from Riverland … we want students to continue to have this kind of support but they have to carry their own weight. They have to prove that they deserve it.”

This promise by The Hormel Foundation also helps provide a full-time position at Riverland for a counselor or “mentor,” according to Atewologun, which the college will bear half of the expenses, while the foundation bears the other half. This person would intervene and engage new students in the program, and to help them succeed at the college.

Ray emphasized that a student would be eligible for the scholarship can be in any program or major, and can go into trade jobs or onto a four-year college, as long as they’re enrolled and working on credits in a accredited program through Riverland Community College, noting that not all students take the same path to success, whether it’d be joining the workforce and taking trade jobs, or going on to receive their four-year degrees from a university.

“This is a huge stepping stone for them,” he added.

Aside from being able to send students to continue their education or occupational training without money as a restrictive factor, Krenz noted that this opportunity would also be mutually beneficial for the community in Austin too. Many officials hoped that this opportunity would also encourage students to continue to stay in Austin and build the community in multiple sectors, including economic development and growing leaders from home.

“Let’s say ‘I’m moving to southeast Minnesota, and I might be working anywhere in this area, where will I want to reside, spend my money or start my business?’” Krenz asked. “Once a student’s here, they go to college here, and what you’ll find is that they’re more likely to stay with the community and grow with the community … this really can be a game changer and really help the community prosper.”