Funeral services for Howard Darrell Attig of rural Twin Lakes will be at 11 a.m. Wednesday at St. Theodore Catholic Church in Albert Lea. The Rev. Kurt Farrell will officiate. Interment will be in St. Theodore Catholic Cemetery. Visitation will be from 5 to 8 p.m. Tuesday at Bonnerup Funeral Service and one hour before the service at the church. 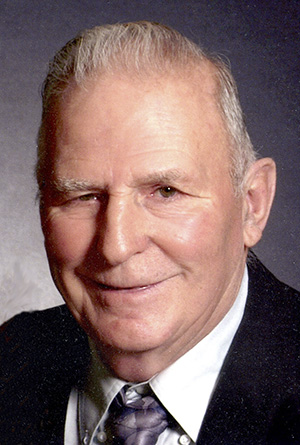 Howard died surrounded by his family on Saturday, June 16, 2018. He was 81. He was born on Dec. 5, 1936, in Northwood, the son of Ernest W. and Iris L. (Baldridge) Attig. Howard grew up on a farm near Twin Lakes. In 1959, he married Marlene Nelson on June 30, 1973, he married Imogene (Schwickerath), and they made their home on a small farm near Twin Lakes. He worked for Forrie Claussen Excavating and then for the city of Albert Lea Street Department as a heavy equipment operator. He retired from the city in 1993 after 31 years, leaving behind a lot of snow plow and other pranks and stories. His other full-time job was co-owner with Virgil Anderson of A & A Tree Service, which later became A & D Tree Service with Tim Donahue. After retiring from the city, he farmed land and raised feeder cattle on a small acreage. He had exceptional mechanical abilities and was always the go-to guy when something needed to be fixed as he always had the know how and the tools to do the job. Howard enjoyed playing practical jokes, music, dancing, playing cards and having coffee with his buddies.