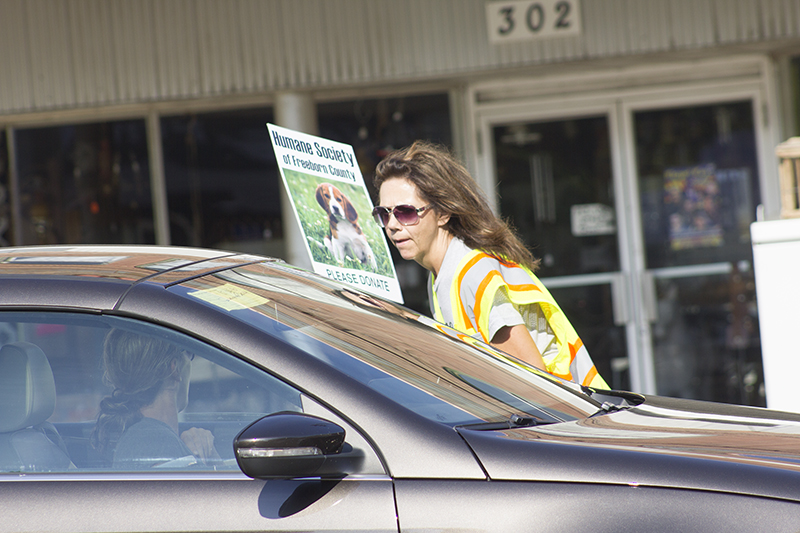 Humane Society of Freeborn County volunteers raised more than $7,700 Friday during the Buckets on Broadway fundraiser in downtown Albert Lea.

“We couldn’t do this without the people who volunteer,” she said. 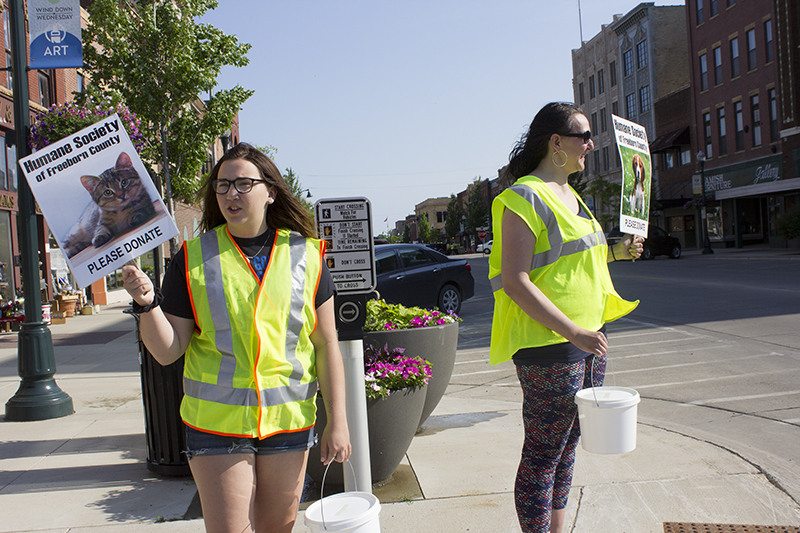 Joel thanked the community for their donations.

“We appreciate that,” she said.

Joel said the fundraiser is essential to the Humane Society.

“(It’s) one of our big ones, and we just want to raise money to help with the operating expenses at the shelter,” she said. “We have really expensive vet bills. Right now it’s kitten season, so we have tons of kittens. And all those kittens need their shots — they’re going to need to be spayed and neutered.” 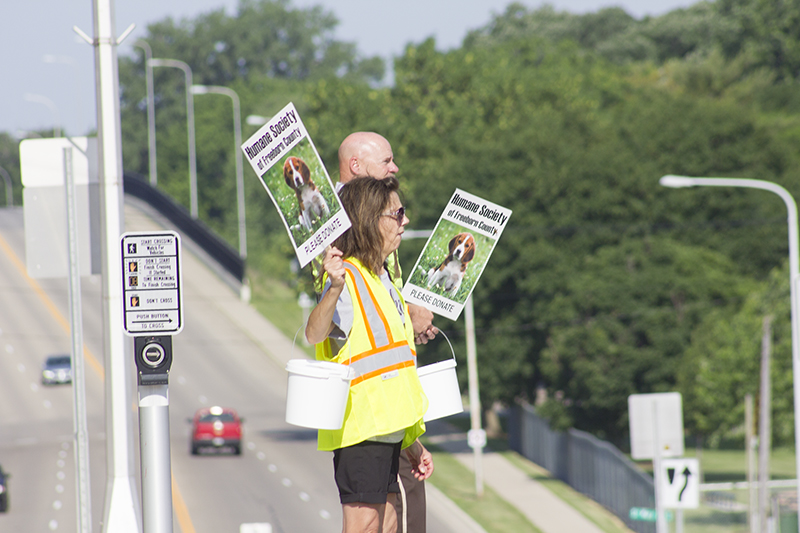 “We take in strays,” she said. “We take in abandoned animals, neglected animals. We’re also an impound for the city, so if somebody’s dog gets lost or loose, the police will bring it down to our shelter, and then we will contact the owners if we can.”

“We help out the animals in the community, so it’s kind of a community thing.”

Joel, who arrived at the event at 6 a.m., said 40 volunteers participated in the event.

Twin Cities resident and Albert Lea native Audra Pritchard traveled to Albert Lea to volunteer for the event for the fifth time.

“I just love doing this every year,” she said. “I like helping support the Humane Society and trying to raise as much money as we can.”