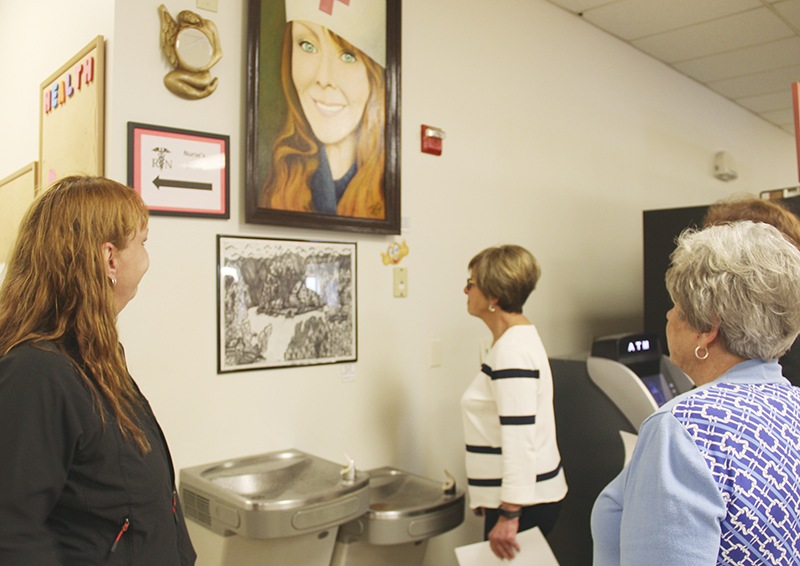 Judges for the art contest at Albert Lea Select Foods look at the work turned in for the contest on Thursday. - Sarah Stultz/Albert Lea Tribune

An Albert Lea business is taking a creative approach to improve worksite wellness for its employees.

Amid the day-to-day operations of its work as a manufacturing company, Albert Lea Select Foods has incorporated opportunities for its employees to explore their artistic talents.

The company recently encouraged its workers to take part in an art contest, of which 21 employees participated, said Select Foods nurse and safety manager Sandy Clover.

What they discovered was unexplored talent and emotion, along with a sense of camaraderie.

Clover said employees who decided to participate signed up ahead of time, and the company provided all of the supplies. She said aside from the paintings and drawings turned in, she had several pieces of paper taped on the wall outside her office where people could come by and draw pictures.

“People who didn’t speak the same language or have the same background were laughing together, getting along and pointing at things,” she said. 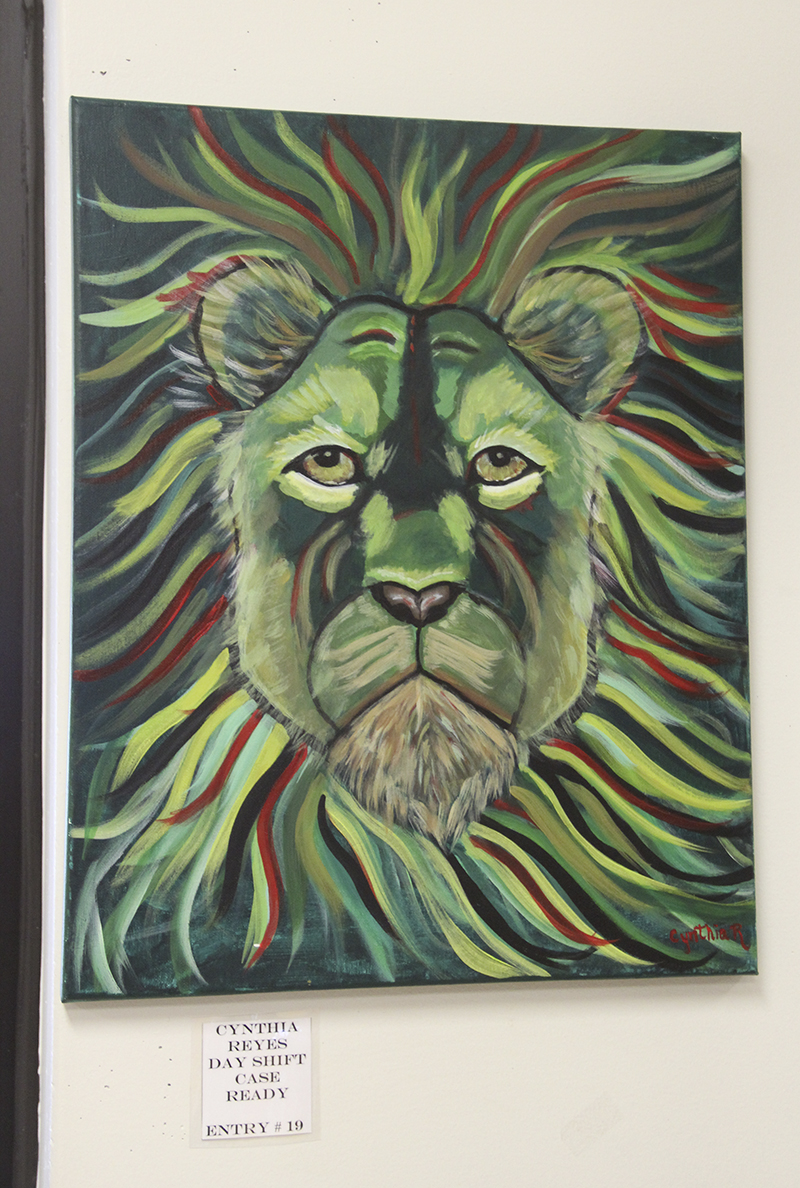 During the contest, Albert Lea Select Foods nurse and safety manager Sandy Clover found out the artist of this painting had never painted before. – Sarah Stultz/Albert Lea Tribune

Various cultures were represented throughout, including the American and Karen populations.

“It was fun because every time you’d walk by you’d see something else,” said plant manager Jeff Woodside of the paper posted outside Clover’s office.

Employees got five weeks to create their artwork and then turn them back in. The completed artwork was hung around the break room at the company, and then on Thursday, a few members of The Albert Lea Art Center, the Blue Zones Project and management at the company selected their favorites.

“They keep asking who won,” she said of the employees. “They walk around and point out their favorites. I think it’s really brightened up the building.”

Clover, who has an artistic background herself, said it was the first time for one of the participants to ever paint. That employee created several paintings, including a multi-colored lion and underwater scene.

Other works of art included scenes reminiscent of the Karen employees lives in Thailand or Burma before moving to the United States. Some incorporated patriotism, some landscape, another was a large-scale painting of Clover herself with a nurse’s hat on.

The various representatives who judged the artwork expressed how pleased they were with the work they saw and the opportunity the employees were given to take part.

The first-place winner was slated to be awarded $100, with $75 going to the person in second-place. 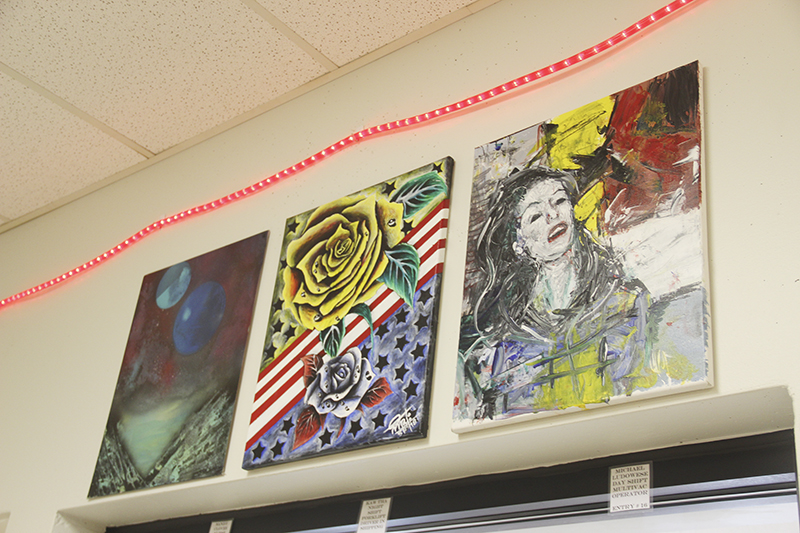 A variety of artwork was turned in for the art contest at Albert Lea Select Foods. – Sarah Stultz/Albert Lea Tribune