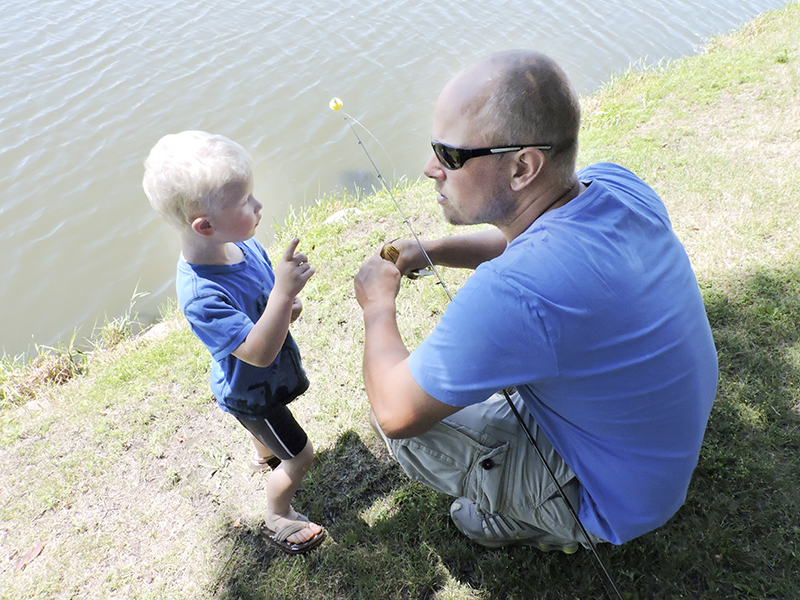 Caleb Mattson, 3, of Alden, pleads with his father, Chad Mattson, to let him throw one fish back in himself at the fishing contest on Morin Lake in 2016. - Kelly Wassenberg/Albert Lea Tribune

Twenty-eight years after the first grant for community-building, Morin Lake Days is back with some long-time staples and some new additions on Friday through Sunday celebration in Alden.

For the first time this year, the Wes Hintz Kids Fishing Contest has been moved to Saturday to accommodate people who were unable to attend with their children because they were working, Bryson said. In addition, a back-up rain date — June 17 — has been named for both the parade and fireworks after last year’s parade was rained out.

“We’d never been rained out before, and everybody was all lined up in the cars, ready to go, and then they called (it),” Bryson said.

Bryson encouraged those interested in being part of the parade to sign up by June 1, but stragglers can be accepted.

The parade has had as few as 70 and more than 100 participants in previous years, Bryson said.

This year will also be the first year the Albert Lea Community Band will play during the June 15 barbecue.

There will once again be a street dance geared for adults and one for teens, as well. Area fire companies will also have a friendly competition, including relays, games and activities, on Saturday.

“We just hope that people come over and enjoy the weekend,” Bryson said. “We’re hoping for great weather, and there’s something for everybody.”