A memorial service for Opal Christensen Thompson Harms will be at 2 p.m. Friday at Bonnerup Funeral Service in Albert Lea. Visitation will be one hour prior to the service. The Rev. John Mitchem will officiate. Interment will be in Graceland Cemetery in Albert Lea. 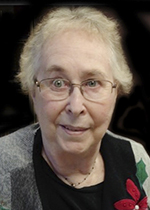 Opal was born Aug. 9, 1929, in Ottawa, Illinois, and raised by her parents Ray and Polly (Munson) Christensen. Opal graduated from Albert Lea High School in 1947.

Following high school graduation, Opal attended Naeve Hospital School of Nursing in Albert Lea from 1947 until 1950. She graduated in 1950 with a three-year registered nurse degree.

Opal lived in Rochester for a while before moving to California. There she had a brief marriage to Jere Harms from 1974 to 1975. Around 1980 she moved to Peoria, Arizona, and worked at a hospital in Sun City, Arizona. In 1984 she moved to Payson, Arizona, still involved with nursing. In 1993 she retired and moved back to Albert Lea.

In her later years, Opal discovered a passion and talent for art in the form of painting watercolor images.

She also had a great fondness for pets and had a constant companion in either a dog or a cat throughout her life. Opal will be forever remembered for her quick wit and sarcastic sense of humor.