Prairie Profiles: ‘The other side of the desk’ 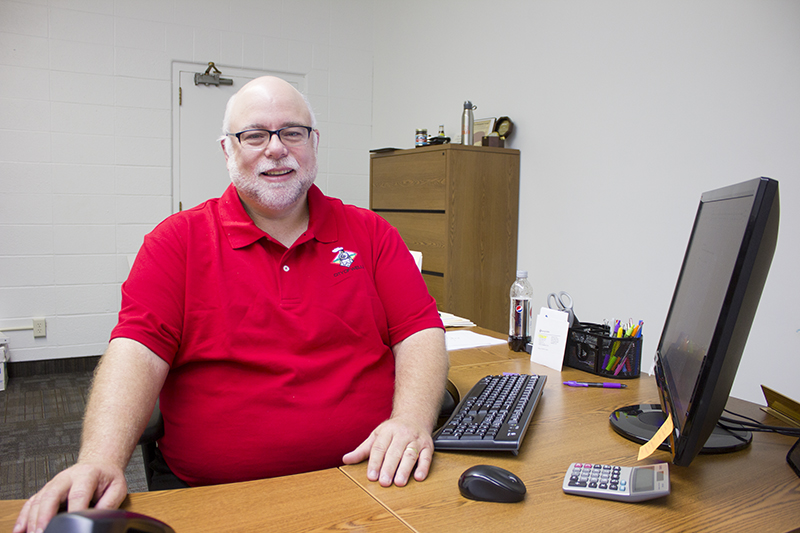 Former elected official in other cities is new Wells administrator

WELLS — The city of Wells is operating under a new administrator who hopes to maintain the city’s high financial standing and improve the city’s infrastructure.

C.J. Holl, 48, began as administrator the first week of May.

In his position, Holl leads the city’s operations, including ensuring the community is financially healthy, that street projects are completed and that the city sees economic growth. He also leads city staff.

“You work with all of those to get things done within the city,” he said.

Holl, a graduate of the University of Mary in North Dakota, has been an elected official in Ada, Hawley and Pelican Rapids.

“I was very involved in those communities,” he said.

Holl worked for Cardinal Health for 12 years and owned Subway restaurants for 13 years.

His most recent position was as a business manager/finance director for the Park Rapids school district.

“I knew that that wouldn’t be the end game,” he said. “I was working on my public administration degree then, and just finishing that, so I knew that wouldn’t probably be the long-term thing. I really wanted to go in and work for a city.”

Holl admitted shifting to being an administrator has been a transition.

“I decided when I knew that a transition in my career was coming, that I would focus on being more involved and on the other side of the desk than being an elected official,” he said. “And I think that is actually a big benefit.”

Holl and his family operate a small snack company, Pelican Pete’s Pistachios. Prior to the business, Holl made pistachios for friends and family. He has competed in barbecue competitions, and at one point, friends and family were asking him to make more than 60 pounds of it at one time.

“Everyone said, ‘Oh, you should be selling these,’ so a couple of years ago, we went and got our licensing, got a commercial kitchen,” he said. “We produce and sell them. It’s kind of a fun thing we do.”

His two children, Lily and Daisy, serve as packagers, and C.J. Holl and his wife, Bridgette, work in production. The product is sold in seven states at craft sales, online, in convenience stores and in meat markets. Their largest supply is sold at a winery in Trempealeau, Wisconsin.

Holl said he has a unique relationship with Wells city councilors because he is a business owner and a former councilor.  He drew similarities between the communities of Wells and Pelican Rapids because of their shared diverse population and major factories.

His immediate focus is getting to know staff and becoming more aware of the city’s project history and council goals. His long-term goals include working on economic development initiatives, housing needs, redeveloping city property and improving city infrastructure.

“It’s already been a whirlwind since I started,” Holl said. “I haven’t even had a chance to decorate the office or anything like that. You just jump right in and start doing stuff.”

Holl said the city’s positive financial situation attracted him to the community.

“They have some tools to work with to do some things in town, and you have to be responsible with that,” he said.

Holl described himself as open and approachable.

“I’m not afraid in the grocery store to just introduce myself and say ‘hi,’” he said. “I think people appreciate that.”

Holl has focused on making the city’s Facebook site more engaging and started a new series, “Where in Wells,” which features pictures of objects throughout the community. He also updates councilors through email.

He spoke highly of the reception local residents have given him.

“They’ve been very welcoming,” he said. “The staff here is great at the city. I have zero complaints, and the council’s been very good to work with. They already appreciate some of my communication style.”

“C.J. is a great asset to the city of Wells,” she said. “He is very personable and knowledgeable. So he’s got some things to learn about the way city government operates, like we all do, but we’ve got some really good staff here.”