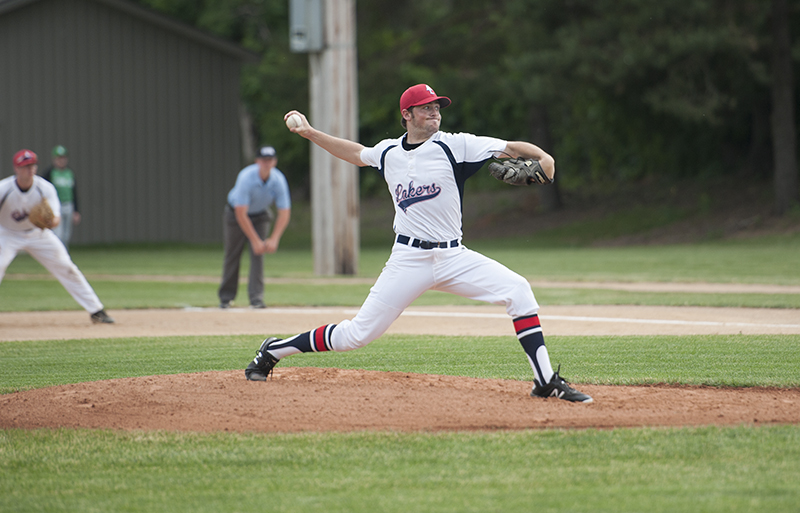 The Albert Lea Lakers came into their baseball game Thursday night against the Storm Lake Whitecaps riding a three-game win streak on top of an exciting late-game comeback the night before.

The Lakers would be unable to finish the full game, but due to a weather delay rule, would come out on top — defeating the Whitecaps 2-0.

Both teams struggled at the plate for the first three innings, with only two runners reaching base through three.

The Whitecaps were first to threaten to score, loading the bases in the top of the fourth inning. However, thanks to a running snag from right fielder Mitchell Keeran, the Lakers were able to get out of the jam unscathed. 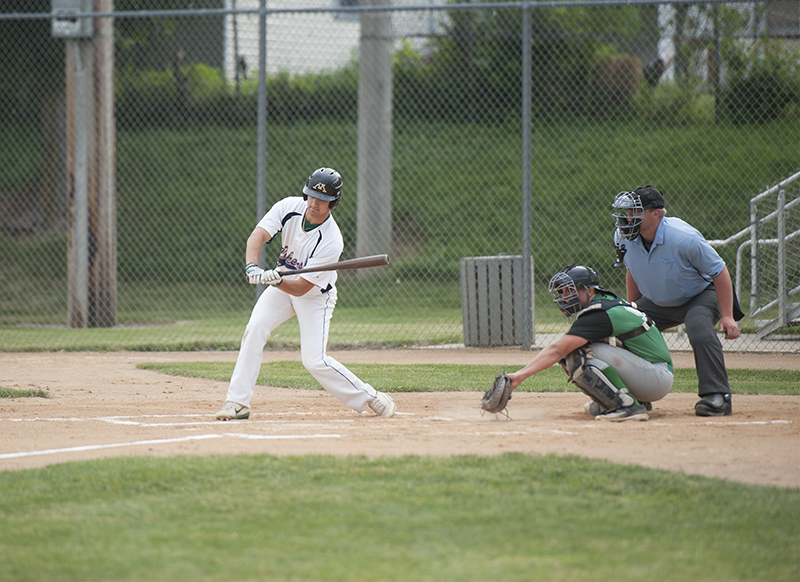 Albert Lea would get on the board the next half inning, taking a 1-0 lead. Thomas Krause was able to get on base after a single and was moved along by a walk from L’Donta Howard. Krause was hit in by an RBI-single from Keeran.

The Lakers would add another run in the fifth, after Jordan Achay hit a single to lead off the inning and was hit to third by two sacrifice hits, coming home after a passed ball.

The Lakers’ lead wouldn’t last too long, however. The Whitecaps would use the sixth inning to mount a six-run rally to take a 6-2 lead in the bottom of the inning.

Reid Freeley started on the mound for the Lakers; he would go 5 innings, allowing zero runs on one hit, while striking out seven.

A lightning delay in the middle of the sixth inning would lead to a long break, which eventually led to the game being called. By rule, play reverts back to the last fully completed inning, wiping away the Whitecaps’ six runs and awarding a 2-0 victory to the Lakers.

The Lakers move to 4-1 in the Pioneer League and will be back in action Friday, when they travel to Storm Lake to take on the Whitecaps once again.