Robert K. Westergaard, 75, of Albert Lea passed away Thursday, June 14, 2018, at Good Samaritan Society of Albert Lea surrounded with the love of friends and family.

He was born on Nov. 6, 1942, in Albert Lea, to James and Ethel (Peterson) Westergaard and was a lifetime resident of the Albert Lea area. 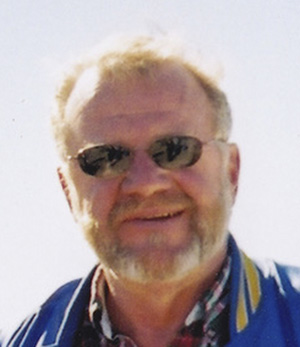 Robert was a U.S. Army veteran. His skill in drafting and designing led to a job as a mechanical draftsman. Later, he was a commercial truck driver and worked in construction. He loved spending time outdoors and took frequent trips with his family and brothers to Arizona. He also enjoyed camping in various parts of Minnesota. He loved his Harley-Davidson, being on his pontoon boat, going fishing anywhere and hanging out with his breakfast gang at Hy-Vee.

He is survived by his daughter, Renae (Chris) of Alexandria, Virginia, and his granddaughters Danica and Nadia, also of Alexandria. Other survivors include his sister, Janet (Orval) of Glenville; brothers, Ed (Marge) of Kingman, Arizona, and Roy of Albert Lea.

He leaves behind many friends and relatives in the Albert Lea area.

Robert was preceded in death by his parents and brother, Delvin “Mick” Westergaard.

A celebration of life social will take place from 10 a.m. to 1 p.m. Friday at Bonnerup Funeral Service.