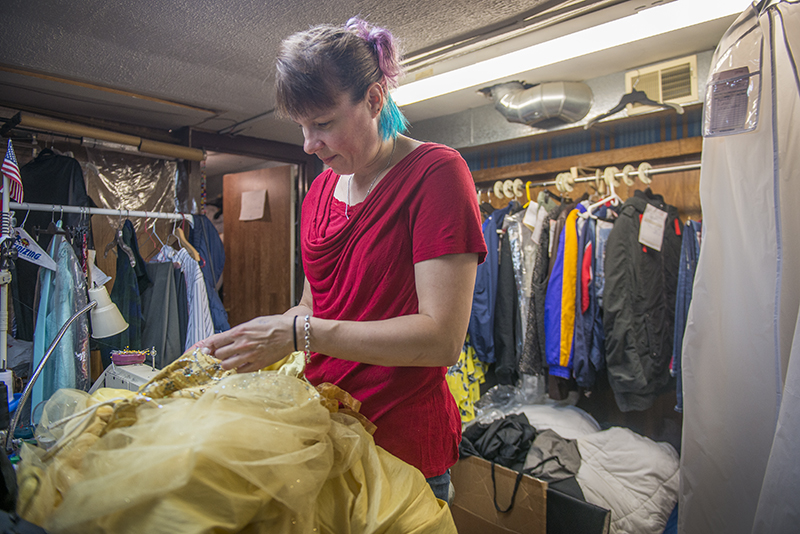 Though reluctant, owner steps away from Albert Lea Tailors after 14 years

If Adele Rosnow were a superhero, she wouldn’t need to workshop her name. She has already got a pretty good one, offered by her fellow seamstress during the hours they’ve worked together in the wood-paneled basement on South Broadway Avenue. She wouldn’t need to shop out for a costume fitting, either; the Zipper Wizard and her sidekick could take care of that.

After taking over Albert Lea Tailors in 2004, Rosnow said she worked hard to turn it into a successful, good business. By many definitions, she did: the workflow was steady, at its peak stretching out as far as six weeks-worth of garments in the shop basement of Whimzy, waiting to be undone and redone better than before.

“I like that I can take stuff that doesn’t fit, doesn’t look right, doesn’t feel right, and make a few changes and then the person is comfortable and happy and it fits, and it looks good,” Rosnow said. “Make them like their stuff a whole lot more.”

But six weeks, Rosnow said, is too much time to ask her customers to wait. As she talked, the seamstress used a razor blade to pull apart the seams on a yellow-gold dress covered in sequins. Over her last three years, due to changes in her personal life that meant less help taking care of her children and a drop in staff numbers from as many as six at one time down to one now in addition to Rosnow, there weren’t enough hours in the day. In the winter, it was zippers and letter jackets, and in the summer, it was weddings and special events.

“Not too many people sew anymore,” said Alma Guerra, the other seamstress at Albert Lea Tailors. 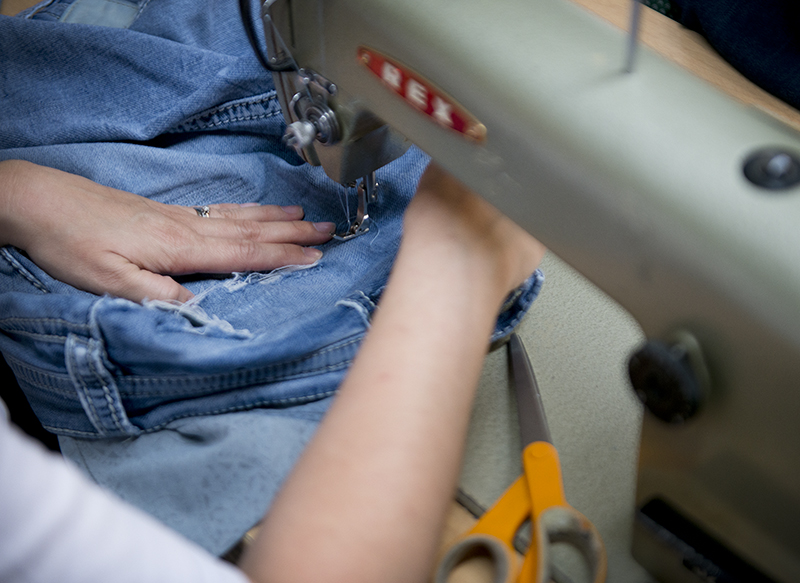 Alma Guerra — the only other seamstress at Albert Lea Tailors — works on a pair of jeans Friday. – Colleen Harrison/Albert Lea Tribune

So, after reduced hours in July, there will be no hours at all. Rosnow will be elsewhere: she took a job at Dave Syverson Auto Center in Albert Lea as a heavy truck service writer.

It hasn’t been an easy goodbye.

“I just thought it was just going to be a job … but it’s become more than that,” Rosnow said. Through her work, Rosnow said she has met people from all over who have come on recommendations for alterations. Through their clothes, she has been there for the joyful moments — weddings, prom — and the sad ones as well.

“You know, I get to be a part of all the different facets of their lives, the different times,” she said. She will miss her customers, and that chance to connect with them.

In addition to weddings and proms, Rosnow said her favorite thing she worked on was simple: sewing patches onto helmet covers for the Albert Lea unit that deployed to Kuwait. She also enjoyed doing alterations for other service members, like the fire department and police department. Rosnow also does alterations for Leutholds.

“I got a call one day from the Iowa National Guard head office and asked if I wanted to put a bid in,” Rosnow said. She did, and was responsible for helping the Mason City unit change over to new uniforms. 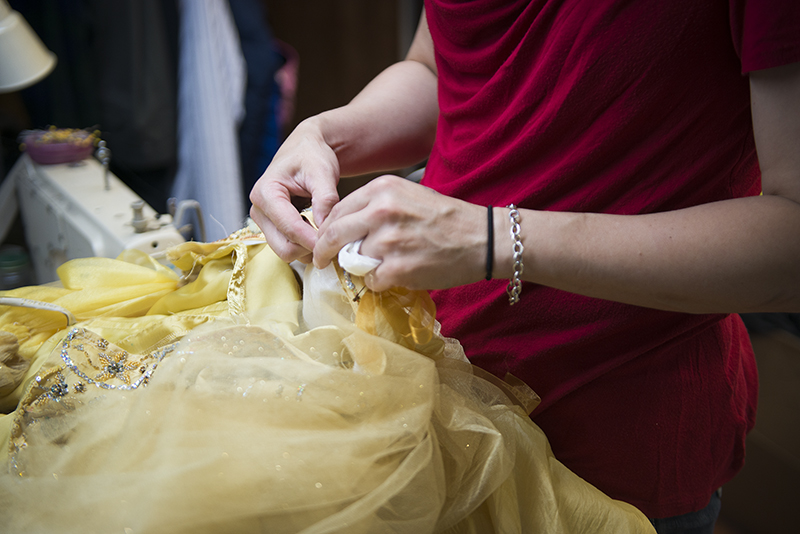 Customers have commented about the tedium of sewing all day, but Rosnow doesn’t see it that way.

“I don’t sew all day,” she said. “I prep stuff, and every project is different. Even though it’s still all sewing, there’s different aspects to each.”

Not all prom dresses are created equal, so she may do five in a row, all different.

But to get there, to become the Zipper Wizard, there were some challenges along the way: namely, learning all she needed to transition from her two years as part-time help at the business to doing all the things she hadn’t before. She learned all right, Guerra said.

“It amazes me the things she can do,” Guerra said. “It’s a definite loss (to the community).”

And now, Rosnow is willing to pass that knowledge on.

“If somebody wants to buy it, I will sure gladly teach everything I can possible teach them,” Rosnow said. Her hope is that Albert Lea Tailors will find its fourth owner. As of Friday, Rosnow said she didn’t have any takers.

If she finds someone, it may look less like a business transaction and more an adoption. Rosnow had her son at the same time she was taking over Albert Lea Tailors. The store feels like a third child, she said.

“It’s been there the whole time,” Rosnow said. 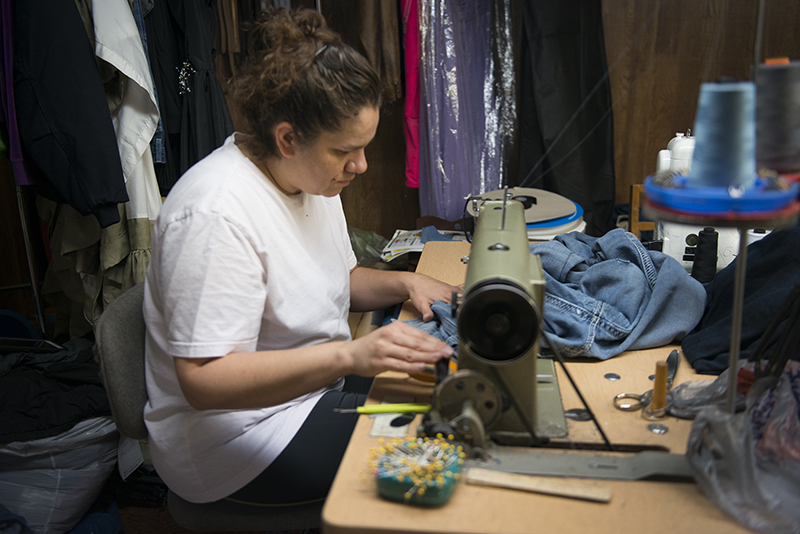 Alma Guerra — the only other seamstress at Albert Lea Tailors — works on a pair of jeans Friday. – Colleen Harrison/Albert Lea Tribune