Slumberland celebrates relocation, donates mattresses to those in need 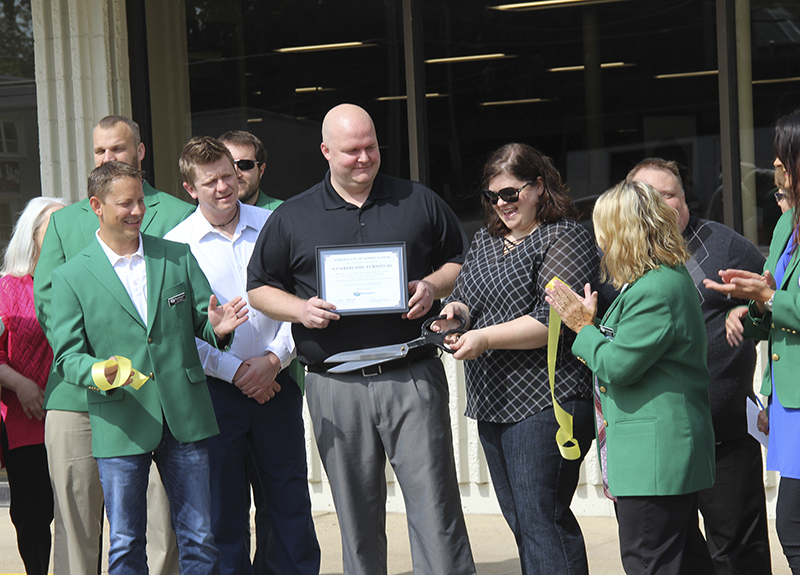 Adam and Jessica Janisch, owners of Slumberland Furniture, take part in a ribbon-cutting ceremony at their new location on South Broadway with Chamber Ambassadors, other employees and corporate representatives. - Sarah Stultz/Albert Lea Tribune

Slumberland Furniture on Friday celebrated the opening of its new location on South Broadway with a ribbon-cutting celebration and giveaway of 40 mattresses to children in need in the community.

The furniture store had formerly been on Bridge Avenue, south of Interstate 90.

Owner Adam Janisch and his wife, Jessica, thanked the employees, contractors, their corporate family and others who made the relocation possible.

“We’re happy to be part of the community and have a beautiful new store,” Adam Janisch said.

Jessica Janisch said they first walked through the building, the former location of the Red Owl grocery store, in February, and construction began in April.

The project included a complete overhaul on the interior and new paint and signage on the outside.

Adam Janisch said when they first bought the franchise 3 1/2 years go, they didn’t live in Albert Lea but have since moved to the community. 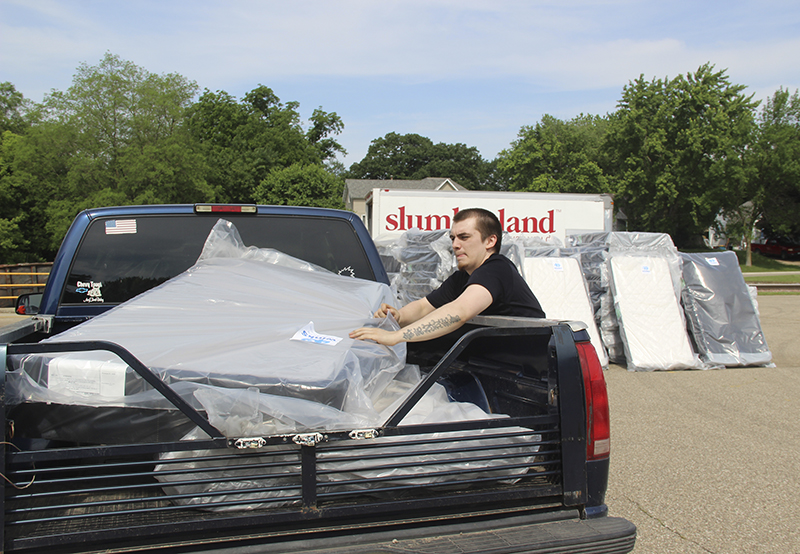 Slumberland Furniture employee Gage Kinney loads a mattress into the back of a pickup Friday. The mattresses were given out through Slumberland’s 40 Winks Foundation. – Sarah Stultz/Albert Lea Tribune

After the remarks, the couple had a ribbon-cutting ceremony with Albert Lea-Freeborn County Chamber of Commerce Ambassadors, corporate representatives and company employees. Following the ceremony, employees began handing out 40 twin-size mattress sets to people in need through the community.

“This is just wonderful for 40 Winks and Slumberland to donate these beds,” said Vicky Helland with Semcac Community Action.

According to the 40 Winks Foundation website, Slumberland Furniture has been giving away new beds to people in need since 1991 through an annual event each December. In 2008, it became clear that a once-a-year event did not cover the need that existed, so the foundation was born. Through the foundation, new beds are distributed through various charity partners all year long.

Lisa Olson, who oversees the 40 Winks Foundation, said 30,000 mattresses have been given away since 1991.

Rachel and Jason Gunther were two of the parents to receive mattresses for their children Friday outside the Albert Lea store.

“The kids are so excited,” Rachel Gunther said of her 8-year-old twins.

She said she and her husband had purchased beds for the girls when they were younger that “weren’t that great,” so they were grateful for the opportunity to receive new beds.

More information on the 40 Winks Foundation can be found at 40winksfoundation.org.

The new Slumberland building is at 822 S. Broadway. 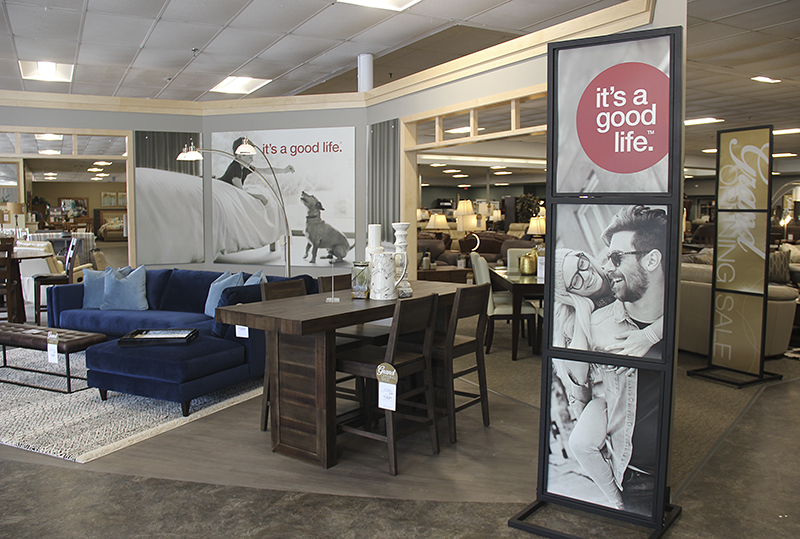