Thoburn Francis Thompson was born May 27, 1932, in Phoenix and died tragically in a motor vehicle accident with his wife, Miriam Temple, on June 6, 2018, in Peoria, Illinois.

Thoburn was the son of the Rev. Joseph Thompson and Evelyn (Hubbell) Thompson. He grew up in southern California and graduated Newport Harbor High School in 1949. He received his Bachelor of Science degree from the University of California in Berkeley, California, in 1954; received his medical doctor degree from McGill University in Montreal, Canada, in 1957; and completed his surgical residency training at Dartmouth College in Hanover, New Hampshire, in 1963. 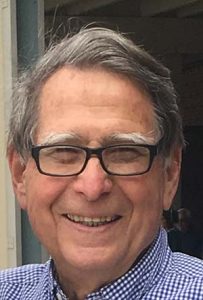 On Jan. 2, 1960, Toby married Marjorie (Helmen) Thompson in Milaca. After orientation at Stony Point, New York, in 1963 and language training in San Jose, Costa Rica, they arrived for United Methodist missionary service at Pfeiffer Memorial Hospital, Clinica Americana, in La Paz, Bolivia. He served as general surgeon and medical director of the hospital for seven years. These years shaped him and were a gift to his family.

Albert Lea became home for the family in 1969 with Toby practicing in Albert Lea until his retirement in 1997. Toby was actively engaged in many aspects of the Albert Lea community, including Naeve Hospital by supporting programs of Hospice and Chemical Dependency, advocate of civil and women’s rights, Habitat for Humanity, Pass the Peace, Albert Lea United Methodist Church, Heifer International and Morning Coffee Group, among others.

Toby and Marjorie were married for 54 years. After her death, Toby married Miriam Temple on July 6, 2014, and moved to Iowa. The two families had known each other for 51 years and had South American United Methodist mission work in common.

Toby had many hobbies and interests. He loved sailing and built his own wooden boat. He loved music and was making a wooden marimba. He studied birds and loved nature. He was an avid reader and writer, advocating for peace and justice for all peoples.

He was preceded in death by his first wife, Marjorie; son, Ian Thompson; and sister, Thora (Thompson) Jervey.

Memorials may be directed to the family to be distributed to favorite charities.