Vikings shut out by the Saints 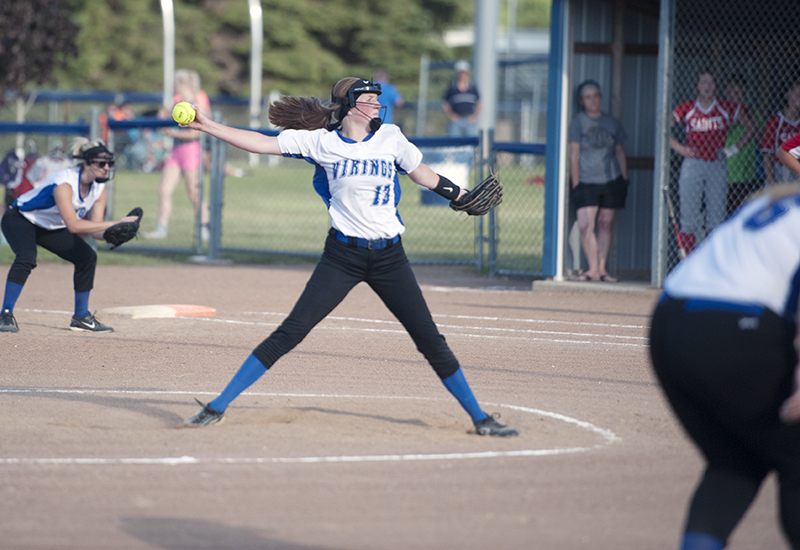 Northwood-Kensett freshman Kayla Senne fires in a pitch during the first inning of play Monday night against St. Ansgar. The Vikings would lose the game to the Saints, 5-0. - Tyler Julson/Albert Lea Tribune

The Vikings left too many runners stranded on the bases and failed to score any runs, falling 5-0 to the Saints.

The Saints were the first on the scoreboard, scoring two runs right away in the top of the first. The Vikings responded by loading the bases with two outs in the bottom of the inning. Freshman Kayla Senne reached on a single, followed by a walk from senior Dusti Bratrud and sophomore Maeghan Petznick reaching on an error. However, they would be left on base after a fielder’s choice recorded the third out. 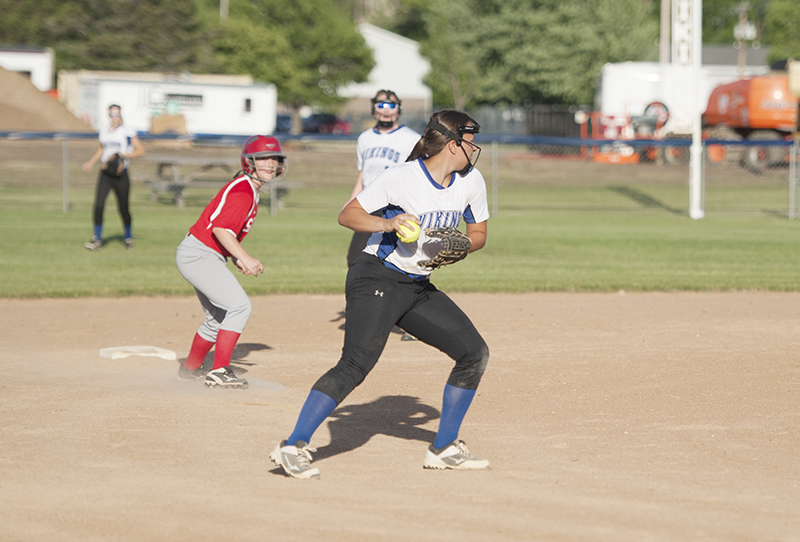 St. Ansgar would add two more runs in the second to take a 4-0 lead. Northwood-Kensett would leave two runners stranded in three of the next four innings, bringing its game total to nine runners left on base.

The Saints would push one more run across in the seventh inning to make it a five-run lead. The Vikings were unable to mount the rally necessary for a comeback, recording just one hit in the final inning.

Senne started in the circle for the Vikings, pitching all seven innings. She also had a nice night at the plate, going 2-4 with two singles. Junior Laura Hopperstad went 3-4 at the plate with three singles and Bratrud went 1-2 with one single.

The Vikings fall to 2-4 on the season and will look to get back on the winning path Wednesday when they host the Huskies of Nashua-Plainfield.