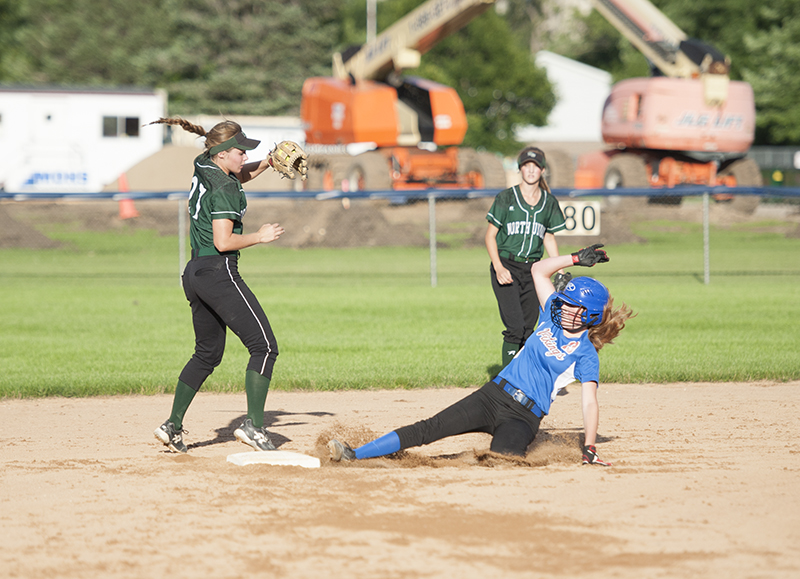 Northwood-Kensett freshman Kayla Senne safely slides into second Tuesday night in the game against North Union. Senne would go on to score the only run of the game for the Vikings. - Tyler Julson/Albert Lea Tribune

The Vikings were unable to find the power they needed at the plate, as the Warriors ran away with the game, 8-1.

Northwood-Kensett played a solid defensive first inning, allowing only one base runner — but  after junior Laura Hopperstad led of with a single in the bottom half of the inning, three straight outs left her stranded on base.

The Warriors opened up scoring in the second inning with a two-out walk being issued, followed by a home run that barely snuck over the left field fence. The Vikings would go three up-three down in the bottom half of the inning, leaving the Warriors to lead the game at 2-0 at the end of the second.

North Union added another run to its total in the next inning using a two-out RBI single to bring the run in. Northwood-Kensett would get two base runners on after back-to-back singles from Hopperstad and junior Molly Hunchis, but came away with no runs to show for it, now down 3-0 after three. 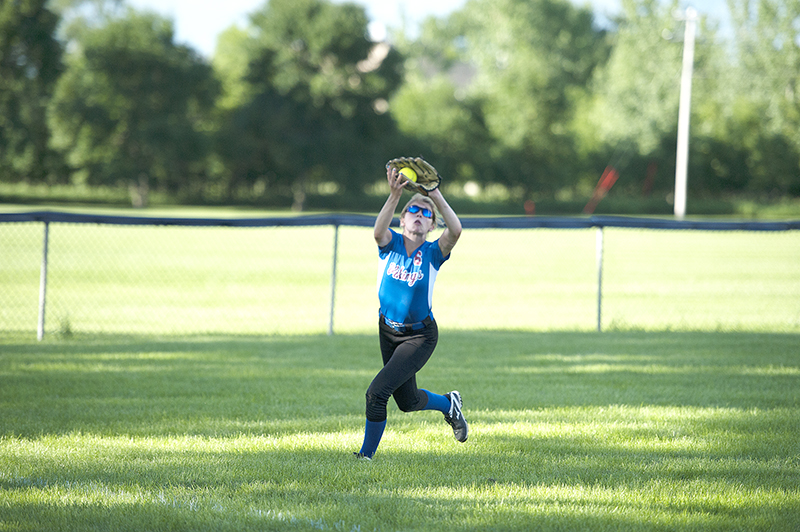 Neither team was able to push any runs across in the fourth inning, but the Warriors expanded on their lead in the fifth. They scored another run in a two-out scenario, this time with a single to the outfield.

The Vikings seemed like they might grab a few runs in the bottom of the fifth after a walk from sophomore Peyton Pangburn and a single from sophomore Jaela Parks opened the inning. However, two strikeouts and a ground out ended the inning, leaving runners stranded again.

Two more runs in the sixth inning opened the lead to six runs for North Union, until Northwood-Kensett was finally able to get a run across in the bottom of the inning. Freshman Kayla Senne hit a double to start the inning; she was advanced on a grounder by senior Dusti Bratrud and was hit in on a sacrifice fly from senior Paige Oleson.

The Warriors would add two more in the seventh and the Vikings were unable to start a rally in the final half of the inning, extending their losing streak to three games.

Senne started in the circle for the Vikings; she pitched all seven innings, allowing eight runs on 10 hits, while walking six batters and striking out six.

As a team, Northwood-Kensett scored one run on six hits.

The Vikings fall to 7-14 on the season, with just two games remaining before postseason play. They will be back in action Wednesday night when they host the Bison of North Iowa. 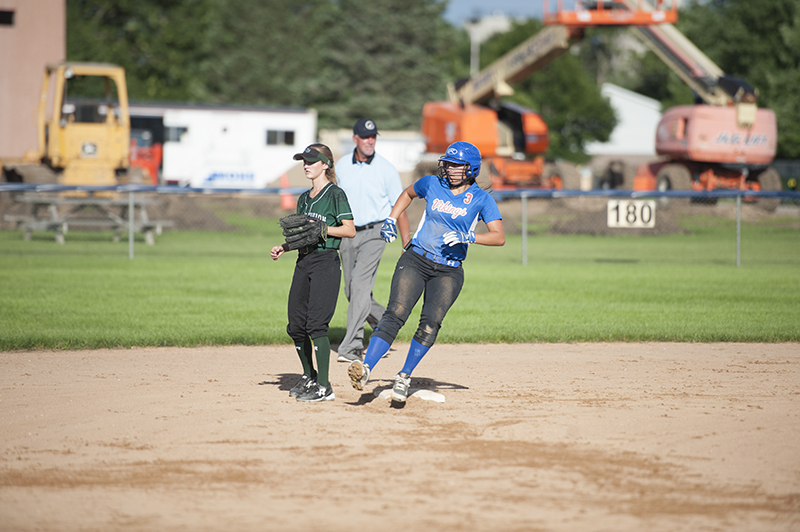